So where's the Kraken?

Is Thanksgiving to be Krakenless? 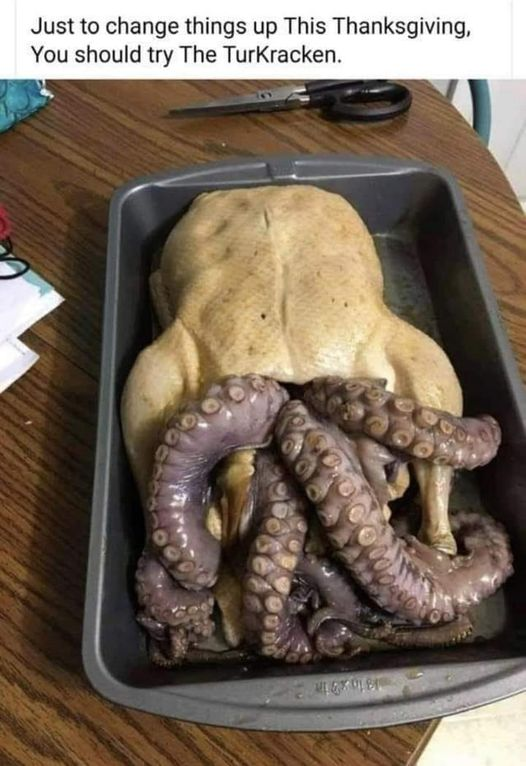 I don't think there is a Kraken, I would love to see it, but I have been disappointed so many times.

But we hire these people to do something about it and they're all like....meh.

I think she’s probably spot on, on every point.

I also think she’s going to be beaten by the swamp.

vraiblonde said:
So where's the Kraken?
Click to expand...

Between her L2 and Coccyx Bone.

SIDNEY POWELL’S “KRAKEN” IS DOD CYBER WARFARE PROGRAM! WE ARE AT WAR!

Holy Radar – that’s the Kraken!!! Who knew it is a Department of Defense Cyber Warfare Program? It Tracks Systems and aquires evidence of nefarious activities and crimes committed by Th…
themarshallreport.wordpress.com

There has been much speculation since Sunday as to why the Trump legal team would throw attorney Sidney Powell under the bus. The suggestion has been made, not only by left-leaning media outlets, but also those formerly seen as t...

SamSpade said:
I think she’s probably spot on, on every point.

I also think she’s going to be beaten by the swamp.
Click to expand...

Also...
President Trump is not planning coup. It is a lie. He is planning to defend our country.
Last edited: Nov 24, 2020

There's THIS to consider -

Ever see those movies where - say like, Shrek - where the prince wants the ceremony completed? NO delays - because he wants to be king.
Or Ursula wants the wedding finished - because she doesn't want to get caught? I know there's dozens - where the thing towards the end of the movie is hurry up already, the eclipse is coming, the spell will wear off, the hero is at the gates.

People want to RUSH and get everyone to just accept the results as soon as they're available - because that's exactly what people do when they cheated and don't want to be caught. DON'T look behind the curtain - hurry up already. We've seen it a million times. The BAD guys always want to hurry things up.

IF YOU WON THE ELECTION fair and honestly - don't worry about it. It's coming. There really is no way on Earth Biden DOESN'T know enough people in Washington to begin a transition. From what I can see, he might as well announce "we're gettin' the band back together".

I realize it's a "technicality" for liberals - but Biden isn't President until the Electoral College convenes - and if I am not mistaken, only then after Congress meets to make the vote official.
H

From what I am seeing of his transition,It's a horror show anyway.

I am up late because I knew it was coming out at mid-night. 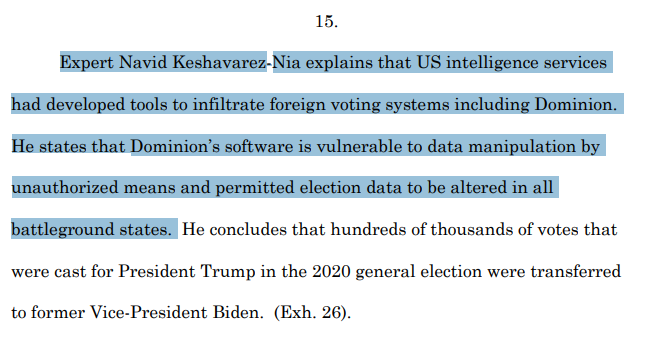 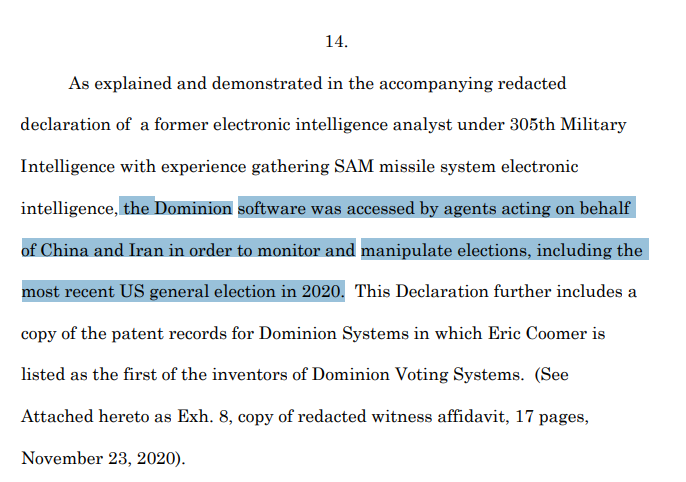 exhibits are not uploaded yet but should be following;

“Defendants Kemp and Raffensperger disregarded all the concerns that caused Dominion software to be rejected by the Texas Board of Elections in 2018,”

Remember, they rushed this in 2019 for this election and secondly, the system's central accumulator does not include a protected real-time audit log that maintains the date and time stamps of all significant election events. The system is designed to conduct fraud. No audit trail...None. 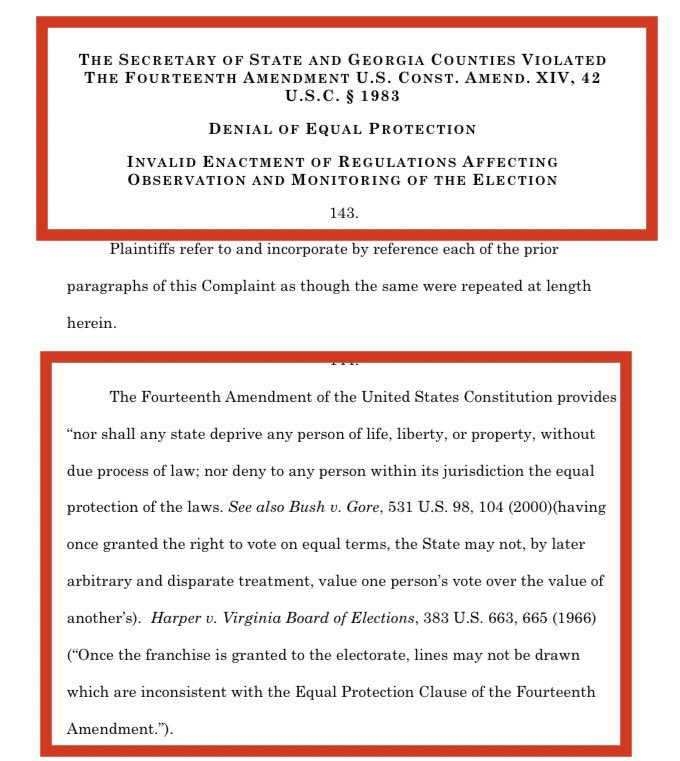 The cases are all civil in nature - nothing criminal at this time.

There are so many typos but remember, this had a hard deadline and the information just needs to be readable and understood. I am confused about the exhibits. I thought they were going to be released but also heard they are "under seal."
Last edited: Nov 26, 2020 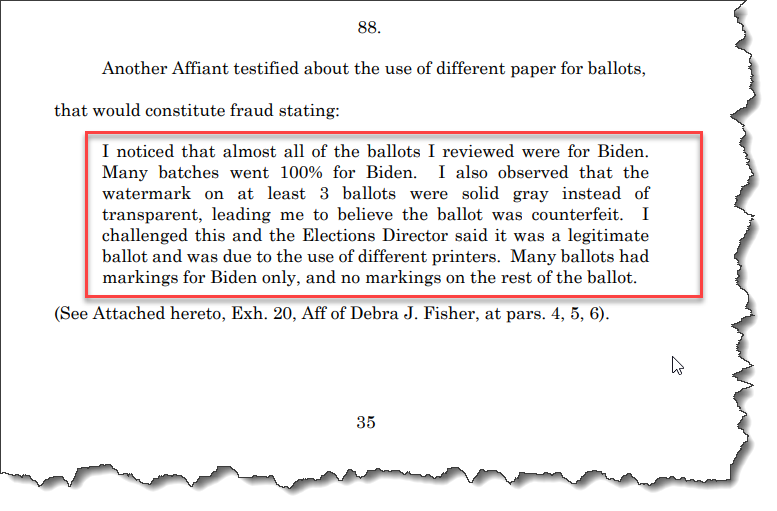