PREMO Member
A California mother at the center of a kidnapping allegation was recently charged with giving false information to law enforcement, according to Sonoma County prosecutors.

“Katie Sorensen, of Sonoma, faces two misdemeanor charges four months after she accused a Latino couple from Petaluma of attempting to kidnap her two children Dec. 7 at the local craft store,” the Petaluma Argus-Courier reported Thursday. 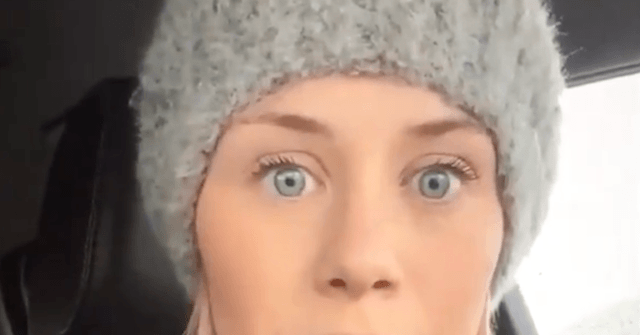 A mother at the center of a kidnapping allegation was charged recently with giving false information to law enforcement, prosecutors said.

PREMO Member
Notice that the first name starts with a 'K'... for Karen.

PREMO Member
Shes got the Bat-Crap Crazy eyes too.

Kyle said:
Shes got the Bat-Crap Crazy eyes too.
Click to expand...

UglyBear said:
Eh, I’d do her

Gilligan said:
If a snake had hips....
Click to expand...

Weren’t you married to several of those?

If I were that poor couple I would get me a good lawyer and sue the Kitch and any news outlet that carried her "story".
I mean for 10 times the number of views the worthless piece of internet trailer trash got.

Look at the picture inside Michaels. Mr. Hector is staring her down intently, and you can see Karen, excuse me Katie, and part of the double stroller in the picture and they are definitely the object of his intentions. Maybe Hector just wanted some of the white prize, but I'd have told him to take a picture because it will last longer. I'd probably have to stab him in the parking lot too because those MS-13 shitbags are good at lying with a straight face.

And Mrs. Hector, WTF is she wearing a BLM sweatshirt for if Mexicans are being discriminated against? Playing the media. Don't be naive, that's Nancy's voter base.

UglyBear said:
Eh, I’d do her