St. Louis couple draws firearms on protesters outside their home

PREMO Member
A married couple brandished firearms at a group of protesters who marched through their upscale St. Louis neighborhood on Sunday night on their way to the home of Mayor Lyda Krewson.

The male homeowner stood barefoot on his Renaissance-style porch in the Central West End neighborhood while carrying a semi-automatic weapon at around 6 p.m. local time, while his wife pointed a pistol at the gathering.

The couple confronted the group of about 300 protesters after they breached a gate in the neighborhood, according to a local NBC affiliate.

PREMO Member
Well duh.....everyone should be prepared to defend their property. 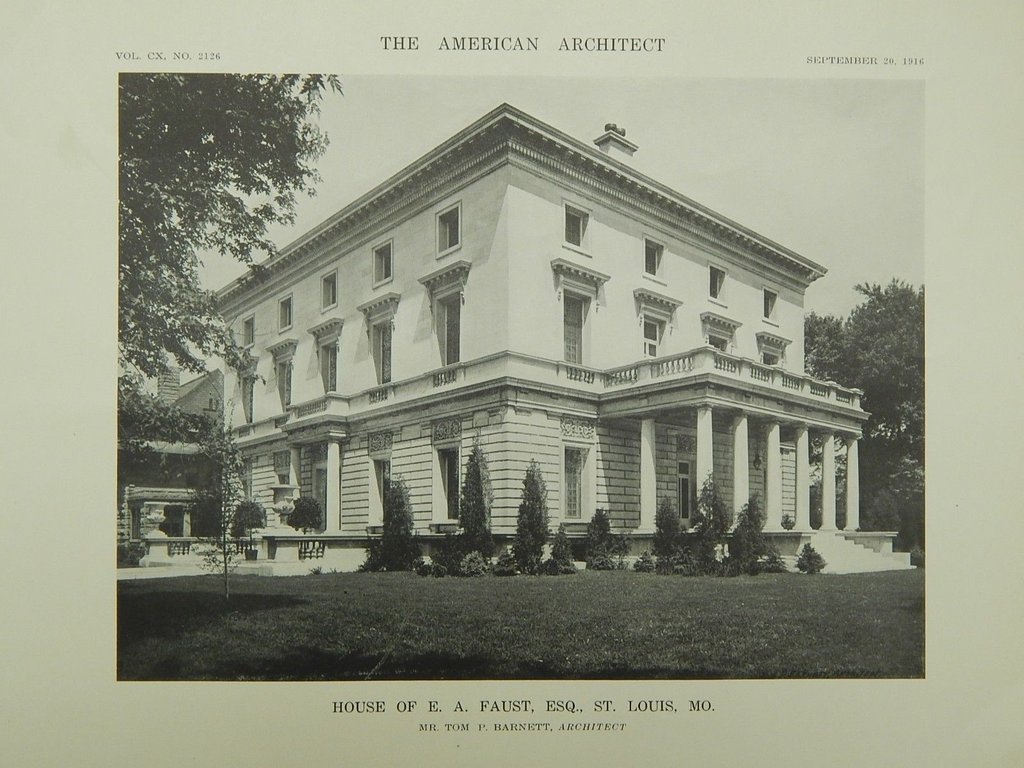 My husband is surprised more people haven't done this already.

Gilligan said:
Well duh.....everyone should be prepared to defend their property.
Click to expand...

ANTIFA Types have mostly been keeping to the poor neighborhoods where citizens don't own guns ...,.. they will be getting a quick lesson in home defense if they attempt to spread their crap into the suburbs

PREMO Member
Who’s ready for a liberal lecture about how ‘this isn’t who we are’ from the same clowns who excused or defended these lefty agitators for looting, vandalizing, committing arson, and assaulting cops. There is nothing like a lecture so lacking in self-awareness from a group of people who are nothing but a representation of the inherent rot of American liberalism. Apparently, these lefty clowns were marching to St. Louis Mayor Lyda Krewson’s house after she read the names and addresses of locals who supported defunding the police (via NY Post):

Yeah, again, this is called trespassing. It’s illegal. After days of seeing anarchy and chaos engulfing America’s cities after the officer-involved fatality of George Floyd ion May 25, there’s no wonder why law-abiding Americans are lining up to buy guns and ammo. The police are overwhelmed. They can’t help everyone. With mayhem taking over the streets at night, it’s no wonder why gun purchases have gone through the roof—and it’s not just conservatives lining out the doors of gun shops. The spike actually began during the coronavirus outbreak, but Floyd certainly injected steroids into the trend.

Now they have a story to tell their country club elite but Karen should spend some time on the range to at least learn how to hold her weapon. It would be more believable.
H

Itis frightened people like the one you call "Karen" who are trying to protect their property who are the most dangerous.
She may not be really familiar with her firearm, but she has it, and she WILL bust a cap in your ass.
L

PREMO Member
The new normal! If the authorities don't get this crap under control soon the SWHTF. Old people like me are getting quickly fed up. Protest all they want but when they break down gates, loot, torch, and occupy they are no longer protesters, they are targets.

Now the police are “labeling it as a case of trespassing and fourth-degree assault by intimidation” according to St. Louis Today.

As noted by St. Louis Today, Anders Walker, a constitutional law professor at St. Louis University, said that Mark McCloskey and his wife Patricia did not break any laws because the street where they live, Portland Place, is a private street. He added that the couple is protected by Missouri’s Castle Doctrine, which allows people to use deadly force to defend private property.

FindLaw explains, “This legal doctrine assumes that if an invader disrupts the sanctity of your home, they intend to do you harm and therefore you should be able to protect yourself or others against an attack. Missouri’s law is more extensive than those of other states because it allows you to use deadly force to attack an intruder to protect any private property that you own, in addition to yourself or another individual. This means that if someone illegally enters your front porch or backyard, you can use deadly force against them without retreating first.”

Lets put it this way. They still have their home.

Hijinx said:
Lets put it this way. They still have their home.
Click to expand...

For Now ..... I am wondering when the MOB Will Return

Hijinx said:
Lets put it this way. They still have their home.
Click to expand...

GURPS said:
For Now ..... I am wondering when the MOB Will Return
Click to expand...

PREMO Member
That steel entrance gate that the mob destroyed to gain entrance to that property didn't look cheap.
M

Gilligan said:
That steel entrance gate that the mob destroyed to gain entrance to that property didn't look cheap.
Click to expand...

It was an unlocked gate as the community isn’t really private. The roads and sidewalks are publicly maintained and therefore there is a right of way.

MSally said:
It was an unlocked gate as the community isn’t really private. The roads and sidewalks are publicly maintained and therefore there is a right of way.
Click to expand...

To gain access to Portland Place, the crowd had to go through an iron pedestrian gate. The McCloskeys said the crowd broke the gate to gain entrance.
Click to expand...

I'm surprised they let that mob of vermin get that close. That was not smart.

"At any point that you enter the property, they can then, in Missouri, use deadly force to get you off the lawn," Walker said, calling the state's Castle Doctrine a "force field" that "indemnifies you, and you can even pull the trigger in Missouri."
Click to expand... 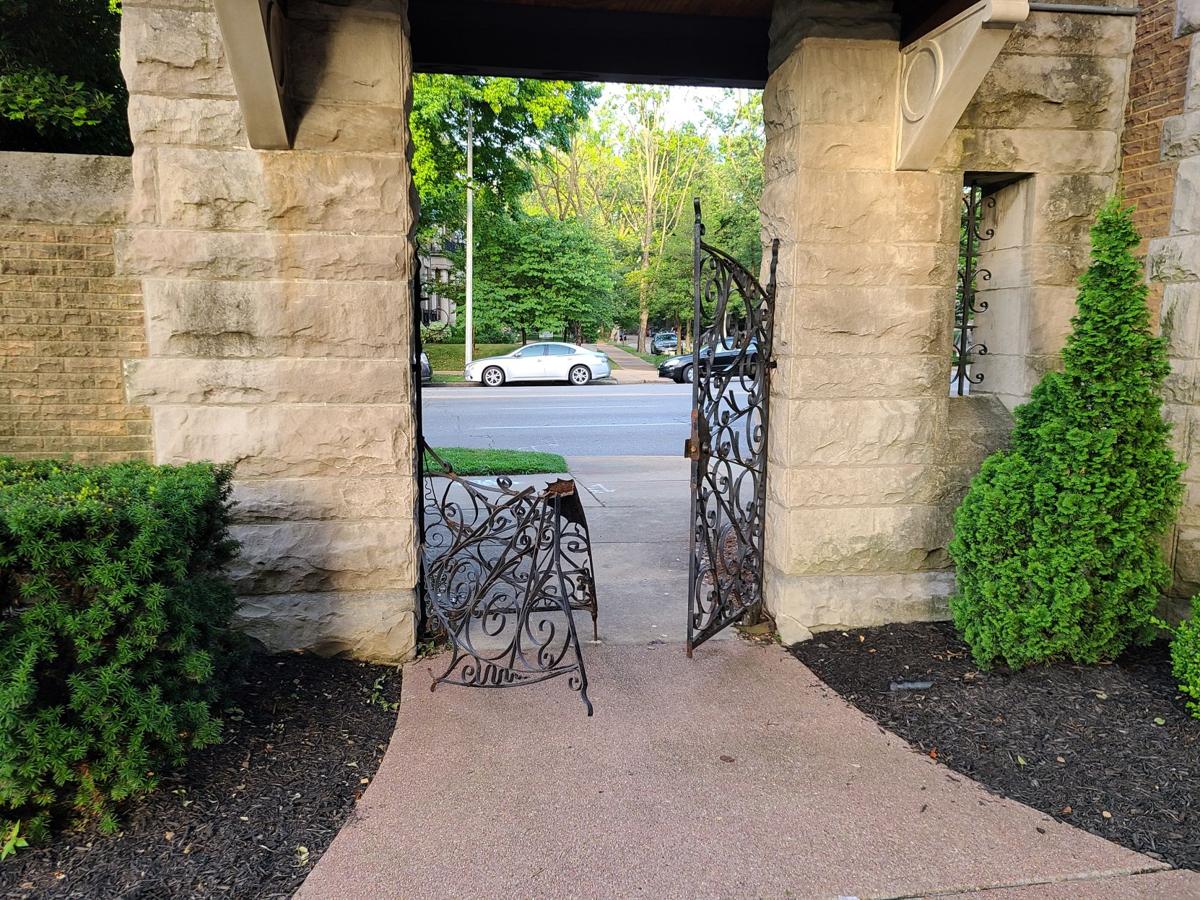 MSally said:
It was an unlocked gate as the community isn’t really private. The roads and sidewalks are publicly maintained and therefore there is a right of way.
Click to expand...

Aldridge said they were aware it was a private street, and their presence there is part of civil disobedience, a part of the protests.

“Us feeling like we’re walking on a street that's private property isn't that big of a deal. Because it's a gated off special community, they also have to feel the uncomfortable about what people are saying when talking about change,” said Aldridge.
Click to expand...

Aldridge is a state representative, and she knew it was private.
https://www.kmov.com/news/experts-examine-whether-it-was-legal-for-st-louis-couple-to-point-guns-at-protesters/article_ef18bb82-ba77-11ea-8432-2b81e9df592a.html

I mean even the Comedy News Network says it:

(CNN)Protesters en route to demonstrate outside the St. Louis mayor's residence were walking on a private street when two armed individuals came out of a home brandishing weapons.
Videos obtained by CNN show two people, a man with a long rifle and a woman with a handgun, holding their firearms outside a St. Louis home as protesters walked by -- protesting Mayor Lyda Krewson's decision to publish the names and addresses of people in favor of police reform.
Two eyewitness videos obtained by CNN were taken outside the home on Portland Place, a private street near Krewson's home, around 7:30 p.m. Sunday.
You must log in or register to reply here.
Share:
Facebook Twitter Reddit Pinterest Tumblr WhatsApp Email Link
Top