SMCM St. Mary’s College Board of Trustees Name Two to The Order of the Ark and Dove 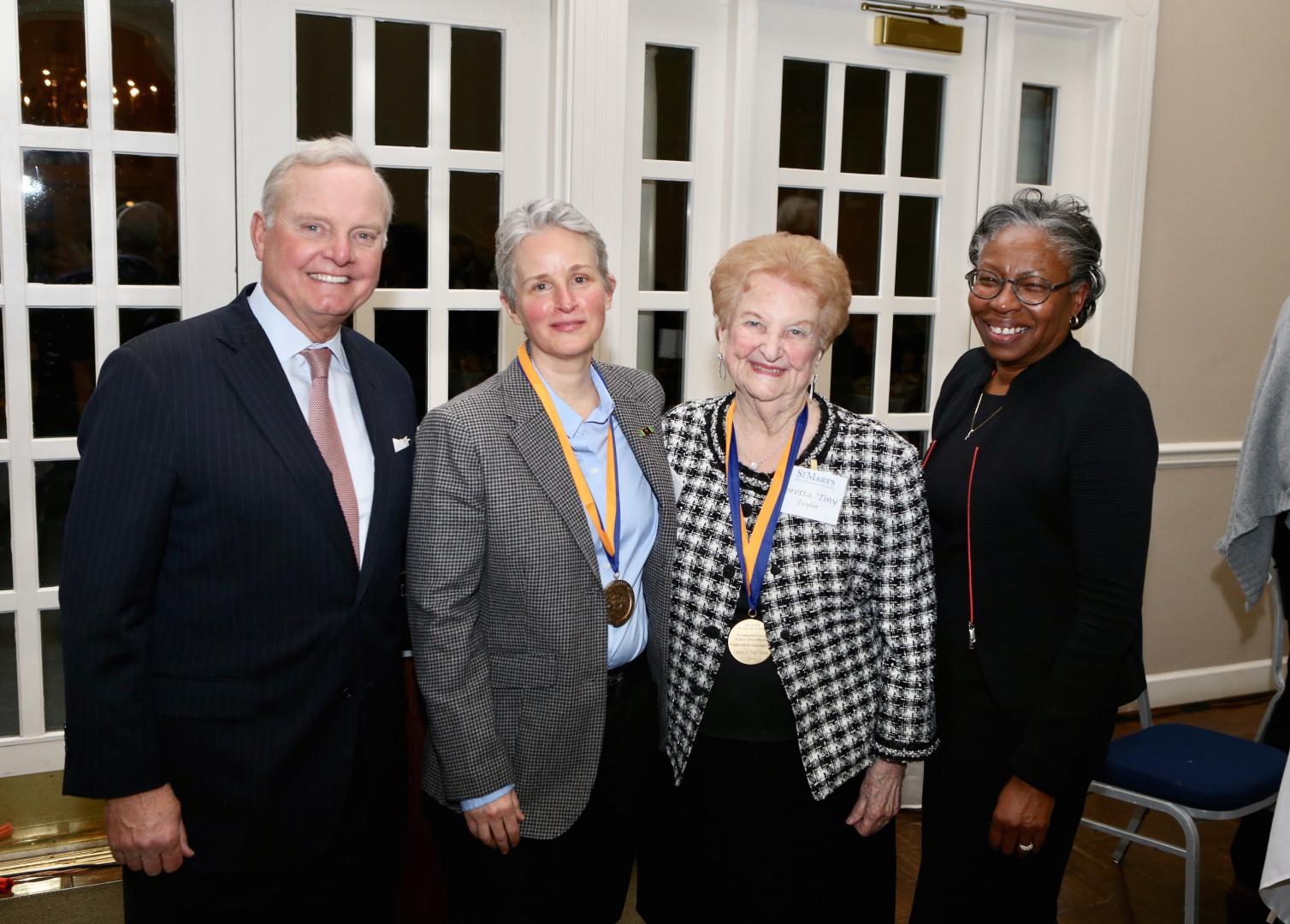 During a special reception on the evening of Friday, February 1, St. Mary’s College of Maryland Board of Trustees named Hal Edwin “Ed” Cole Sr. (posthumously) and Loretta “Tiny” Taylor to The Order of the Ark and Dove. Cole’s daughter Trish accepted the honor on his behalf. The Order of the Ark and Dove was originally created in 1972 to honor those individuals who have given distinguished service to St. Mary’s College. It is the highest honor bestowed by the College.

“The Order of the Ark and Dove winners represent the very best of the entire St. Mary’s College community and demonstrate what it means to be great citizens,” said Chairman of the Board of Trustees Sven Holmes.

Ed Cole’s efforts have allowed St. Mary’s College students to take advantage of study abroad programs and have made it possible for athletic teams to travel to national competitions. In addition, he has helped make it possible for faculty to attend national and international conferences. The Cole Cinema in the Campus Center is named in honor of Ed and his wife Pat. Cole chaired the Athletics and Recreation Center Honorary Committee in 2004, which led the effort to raise significant funds for the athletics endowment. He and his wife started their travel business nearly 40 years ago, establishing Cole Travel in Lexington Park, Md. In 2000, Cole Travel began working with the College arranging alumni trips and other business-related trips.

Cole was a successful basketball coach at St. Mary’s College who amassed a record of 107-64 with an impressive win/loss of 62.6 percent and led the team to finish second in the Potomac Intercollegiate Conference during the 1969-70 season - the College’s first year competing with other four-year institutions. During the 1970-71 season, the team earned a 20-5 record, finished third in the conference, and finished second in the National Association of Intercollegiate Athletics District 19 playoffs. In the 1971-72 season, he was District 19’s Coach of the Year. In 1990 he was inducted into the College’s Athletic Hall of Fame in recognition of his contributions.

Tiny Taylor and her husband established the Francis E. and Loretta A. Taylor Scholarship, which is awarded yearly to a qualified, deserving first-year student who plans to attend St. Mary’s College with a preference for a St. Mary’s Ryken High School senior.

Taylor’s generous support of the College’s River Concert Series and the Arts Alliance has enriched cultural opportunities for both the College and the residents of Southern Maryland. Her civic engagement, including her involvement with the St. Mary’s County Garden Club, embodies her devotion to members of our community and our environment. She has been instrumental in the College securing funding for the St. Mary’s County Garden Club award.

Taylor has permitted Independence Day fireworks for the River Concert to be launched from her property for a number of years and Taylor Gas is a longtime corporate sponsor of the series.

Past recipients of The Order of the Ark and Dove include John J. McAllister, Bradley Gottfried, Harry Weitzel Jr., and Bonnie Green.