PREMO Member
Patron
I kid you not.

PREMO Member
Article made sense to me . Although the racist thing I'm not totally sure of.

Table manners have, and have had, nothing to do with race. It did, however, have a little to do with class and privilege. Mostly, it started with showing others that you were clean, as you would be handling and dipping into the same pot as everyone seated at your table. Hand washing was done if full sight of those you were breaking bread with. Initially, forks were not only rare, but using them was considered effeminate. "Did you just double dip that chip?" goes back to double dipping your bread. "I
"it is boorish to redip half-eaten bread into the soup" ~Erasmus

Manners in Europe date back to the eleventh century, to the days of chivalry and knights.

In the Middle Ages, most people ate off rounds of stale bread called trenchers, which could hold cooked meat and vegetables and which could be brought directly to the mouth; knives and spoons could handle anything else that a hand couldn't. Forks, having journeyed to Italy from Byzantium, arrived in France along with Catherine de Medici, who traveled in 1533 from Italy to France to marry Henry II. The political culture of 16th-century France was riven by sectarian violence, and Catherine, in her role as mother to two child-kings, used massive public festivals to demonstrate the power of the monarchy. Food was part of this strategy of spectacle. Catherine's eating methods, as well as foods as diverse as the artichoke and ice cream, went on display as she toured the country for more than a year in the 1560s, drumming up support from the populace and devising etiquette that forced members of rival factions to eat together at her table.

At this time, most forks were two-pronged, and either hefty enough to hold down a cut of meat (similar to what we would think of today as a carving fork) or so dainty they were used primarily to eat sweets at the end of meals. Forks were used occasionally, but not every day. Montaigne, writing in the 1570s in a passage about the force of habit, mentions forks but says he rarely uses them. And they were still associated with sinister behavior. In an essay in Feeding Desire on the sexual politics of cutlery, Carolin Young notes that in 1605, an anonymous allegorical novel about the courtiers of Henry III portrayed a mysterious island peopled by hermaphrodites, whose behavior is characterized by theatricality, artifice, and falsehood. Sure enough, the hermaphrodites eat with forks, spilling more food than they manage to consume in their pursuit of the new and the unnecessary. Young traces the “unsettlingly effeminate aura” of the fork all the way through 1897, when British sailors are still eating without forks, considering them to be unmanly.
Click to expand...

It's all very interesting, for anyone compelled to do a little digging.
Last edited: Sep 11, 2019

The racist part is bullsh!t. The best the guy can come up with is that European culture uses cutlery, but cultures from say India - don't.

Let's try to remember that Europeans also eat big slabs of meat, lasagna, spagehetti and lots of food that probably ARE better using knife, fork and spoon. Even the Chinese use spoons and chopsticks - is their culture of thousands of years ALSO "racist"?

PREMO Member
I guess I'm super raciss becuz I no how to set a proper table...

Bottom line it appears they are trying to make the argument that having common cultural norms via assimilation to the dominant culture is racist.

RoseRed said:
I guess I'm super raciss becuz I no how to set a proper table...
Click to expand...

Not too many people know how to do that anymore. Dying art.

Auntie Biache' said:
Not too many people know how to do that anymore. Dying art.
Click to expand...

I actually pulled out my good china and crystal for Christmas dinner last year.

PREMO Member
I would have put money on flatware being sexist/misogynistic/violence.

When we were in Ethiopia - two trips for I guess a total of about 16 days - we saw that if you ate THEIR food - you ate with your hands.
For good reason - the cuisine is entirely based around eating with your hands, because most foods are thick pastes which you scoop
up with bits of injera, the common sourdough bread that functions as a spoon or fork at every meal.

Of course, when we were in the capitol, we were often brought to an Italian or even French restaurant - and there, you ate with forks and knives.
Because, shock - European cuisine doesn't hinge on scooping up your coq au vin or chateuabriand with sourdough bread.

Man - a person got PAID to write that stupid ass article? I'm in the wrong business.

Kyle said:
I would have put money on flatware being sexist/misogynistic/violence. 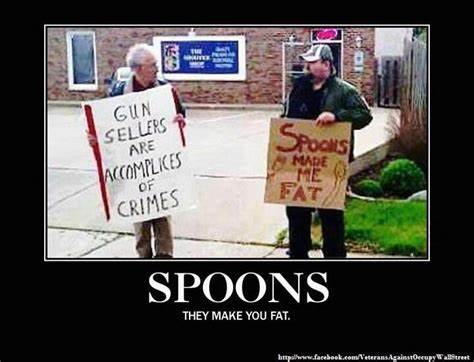 RoseRed said:
I guess I'm super raciss becuz I no how to set a proper table...
Click to expand...

And you sure know how to swizzle stick your iced tea!

Thanks for correcting me when I called the little spoon a 'ketchup fork'...

kwillia said:
And you sure know how to swizzle stick your iced tea!

Thanks for correcting me when I called the little spoon a 'ketchup fork'...

We need to meet for another fansy luncheon.

SamSpade said:
Man - a person got PAID to write that stupid ass article? I'm in the wrong business.
Click to expand...

A "chef and food activist," no less!