PREMO Member
Shaun King has built his image on being a champion of the poor and disenfranchised, but the controversial civil rights activist lives like a one-percenter in a sprawling lakefront home, records show.

King, 41, moved earlier this year from a luxury two-bedroom apartment in downtown Brooklyn, to the five-bedroom, 3,000 square foot North Brunswick, NJ, property, with “a lakefront backyard” and gourmet kitchen, according to public records.

The property, surrounded by lush, tall trees, was purchased by King’s wife, Rai-Tonicia King, a Ph.D. candidate and educator, in November 2020 for $842,000, public records show. 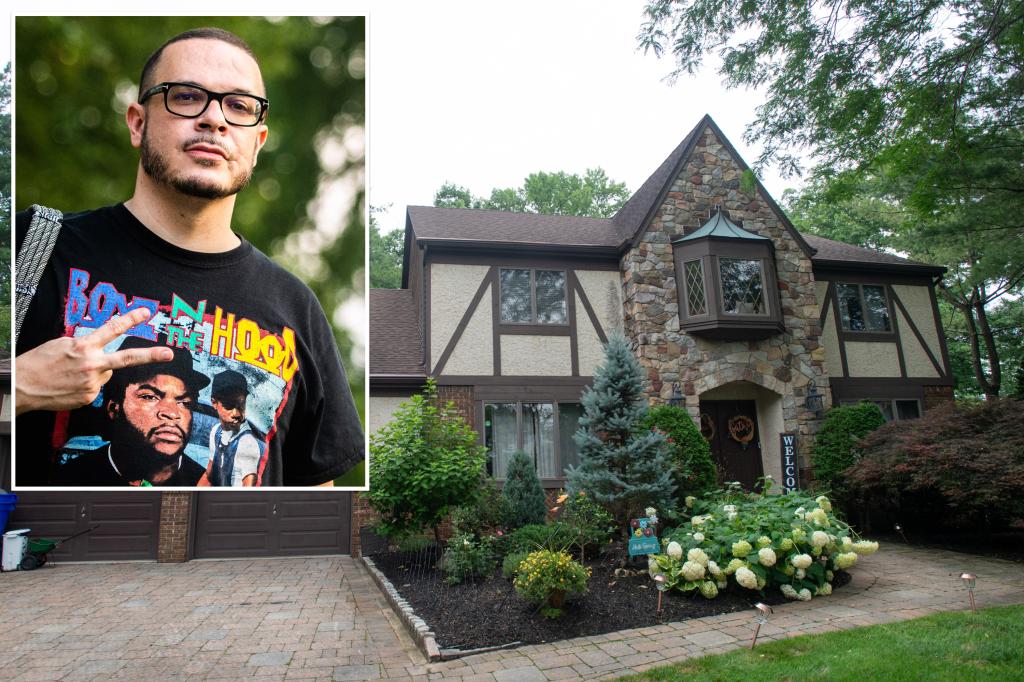 Shaun King has built his image on being a champion of the poor and disenfranchised, but he lives like a one-percenter in a sprawling lakefront home.

PREMO Member
The joke is on him. He has to live in New Jersey.

PREMO Member
Patron
I'm interested in how these people make their money, given that they have no discernible skills or even really a job. They're always the head of some "foundation" or PAC.

GURPS said:
Talcum is living off his Wife's PHD and money he gets from schilling racism
Click to expand...

vraiblonde said:
They're always the head of some "foundation" or PAC.
Click to expand...


Shaun King announced earlier this week he is seeking donations to help move his family out of their New Jersey home after photographs of the house were published online by news outlets.

The controversial activist stated in a social media post that he is being forced to move from the $842,000 property, per a report from Atlanta Black Star. King’s Instagram page has since gone private and his Twitter profile was taken down.

An image of King’s home was first published by The New York Post, who in late July reported that the 3,000-square-foot abode is located in North Brunswick, New Jersey. The house includes five bedrooms, four bathrooms and a gourmet kitchen with a backyard situated on a lakefront. It was purchased in November in the name of Rai-Tonicia King, Shau King’s wife, according to the outlet.

While King stated that his wife, who is purusing a PhD, purchased the house with the help of an FHA loan, Black Enterprise reported that King had asked his followers to send money to his Rai-Tonicia King via CashApp and Venmo on his Facebook page to “alleviate some pressure” from her as she finishes school.

At the time of King’s post about his wife, he had been vacationing in the Caribbean with his family, the outlet said.
H

Nice work if you can get it.

PREMO Member
Poor baby...I'm going to send him some cash.

BLM activist Shaun King welcomed a prize show dog as a family pet following $40,000 in payments to a top training company. The cash came from donor funds to his political PAC.

PREMO Member
Patron
Liberals are stupid and Shaun King is making money off them. Good for him. Nice, huh? And there’s still more threats where those came from:


This is actually some pretty disturbing stuff from Shaun King. It’s totally in-line with the kind of person he is, of course, but still, it’s pretty crazy to see just how ruthless and vengeful he can be. Shaun King is not a good person.

Ad Free Experience
Patron
Colion Noir had a video about this Jamoke, poor little Shaun was complaining he could not legally obtain a firearm in either New York or New Jersey. That was his rational for the $40,000 dog.

How long you reckon it will take me to find a post of yours stating the precise opposite of the position you're taking here?