The microwave was invented by accident, thanks to a melted candy bar.

PREMO Member
During the war, Allied forces gained a significant tactical advantage by deploying the world’s first true radar system. The success of this system increased research into microwaves and the magnetrons (a type of electron tube) that generate them. One day circa 1946, Percy Spencer, an engineer and all-around magnetron expert, was working at the aerospace and defense company Raytheon when he stepped in front of an active radar set. To his surprise, microwaves produced from the radar melted a chocolate bar (or by some accounts, a peanut cluster bar) in his pocket. After getting over his shock — and presumably cleaning up — and then conducting a few more experiments using eggs and popcorn kernels, Spencer realized that microwaves could be used to cook a variety of foods. Raytheon patented the invention a short time later, and by 1947, the company had released its first microwave. It took decades for the technology to improve, and prices to drop, before microwaves were affordable for the average consumer, but soon enough they grew into one of the most ubiquitous appliances in today’s kitchens. 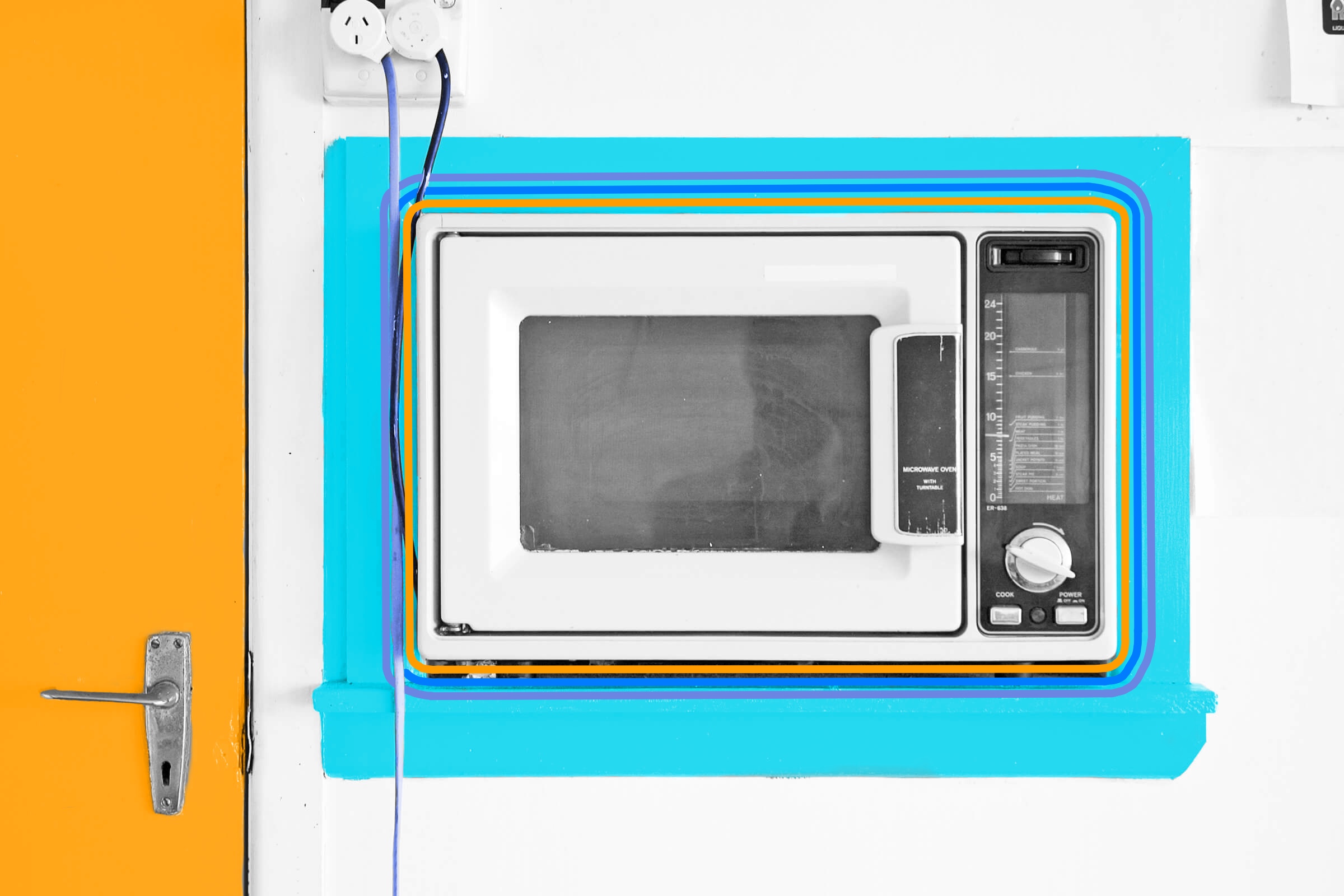 The microwave was invented by accident, thanks to a melted candy bar.