PREMO Member
Today in history, on Sept. 8, 1380, Russia — which included what is today called Ukraine — began its long march to liberation from the Muslim-Tatar yoke, by way of a battle that is as important to Russian history as the battles of Tours and Vienna are to the West.

Although pagan when they conquered Russia around 1240, by 1300 the Mongols were thoroughly Islamized. Arabic was adopted, “the entire Muslim religious establishment of qadis, muftis, and the like arose in Sarai, the Golden Horde’s capital on the lower Volga,” and “sharia, Muslim religious law,” reigned supreme. “With this, the Russo-Tatar conquest society entered the mainstream of Medieval Christian-Muslim frontier life,” that is, it entered into a familiar paradigm of enmity and war, punctuated only by vast sums of gold and slaves flowing from Russia to the Horde.

In 1327, Uzbek Khan’s cousin Shevkal — “the destroyer of Christianity,” according to a Russian chronicle — asked a boon of his khan: “allow me to go to Rus to destroy their Christian faith, to kill their princes and to bring you their wives and children.” Uzbek consented. At the head of a vast horde, Shevkal invaded Russia “with great haughtiness and violence. He inaugurated great persecution of the Christians, [using] force, pillage, torture, and abuse.” Nor were Russians ignorant of the reason behind their (renewed) sufferings: everywhere in their chronicles “they appear as defenders of the faith battling to save Christianity from marauding infidels driven by religious animosity.” Moreover, “Mongol atrocities” are always recorded “as incidents in a continuous religious war.”

When the Golden Horde’s infrastructure began to fracture from internal discord in 1359, the principality of Moscow (or Muscovy) began to defy its overlords. So Khan Mamai, seeking to squash the rebels and “impose Islam on the Russians,” made for Moscow with, according to sources, some 100,000 Turco-Tatars in 1380. Boasting that they would put their swords “to the test for the Russian land and the Christian faith” against “the armor of the Moslems,” the Russians accepted the challenge. 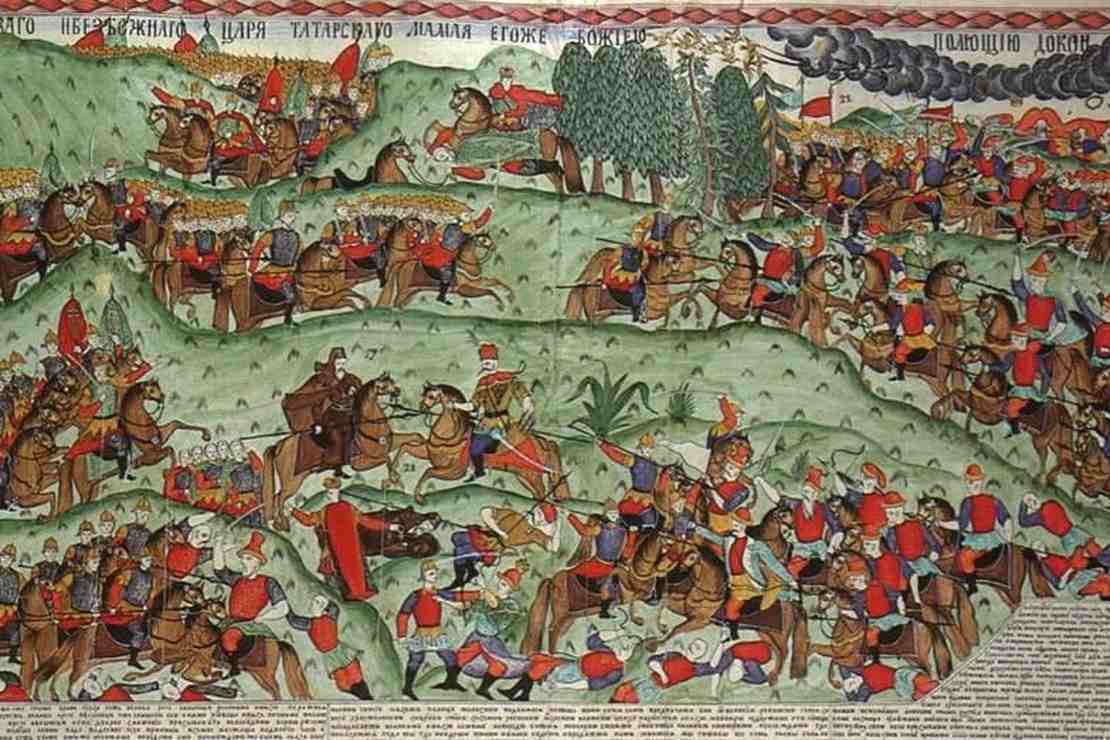 Today in History: The Russian Peoples Shatter the Muslim Yoke

Today in history, on Sept. 8, 1380, Russia — which included what is today called Ukraine — began its long march to liberation from the Muslim-Tatar yoke, by way of a battle that is as important to Rus...