'Trump can still win’ the election

In a memo obtained by Washington Post and Fox News, Campaign manager Jen O'Malley Dillon told supporters they shouldn't count Trump out of the race just yet.

'We cannot become complacent because the very searing truth is that Donald Trump can still win this race,' Dillon wrote. 'And every indication we have shows that this thing is going to come down to the wire.'

She added the contentious race between Biden and Trump was 'neck and neck' - despite recent polling numbers that favored Biden. 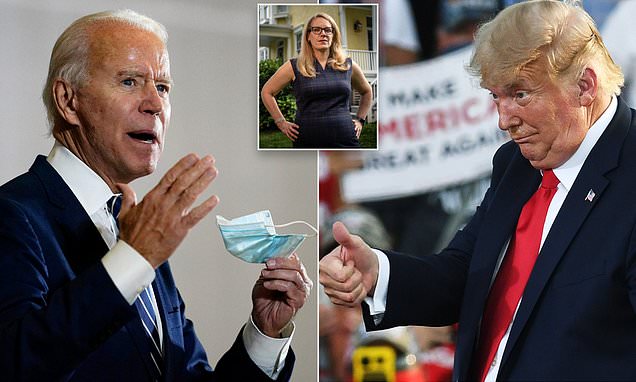 Campaign manager Jen O'Malley Dillon issued the warning in online campaign event on Friday, saying 'please take the fact that we are not ahead by double digits,' according to a NYT reporter.


Transporter is going to be

“Even the best polling can be wrong and that variables like turnout mean that in a number of critical swing states we are fundamentally tied,” Jen O’Malley Dillon wrote in a three-page message released on Saturday.

Dillon raised Trump’s surprising win over Hillary Clinton in 2016 even as polls showed the former first lady leading in the polls in the run up to the election.

“If we learned anything from 2016, it’s that we cannot underestimate Donald Trump or his ability to claw his way back into contention in the final days of a campaign, through whatever smears or underhanded tactics he has at his disposal,” she wrote.