WASHINGTON (AP) — President Donald Trump, a self-described deal-maker, is saddled with a long list of unresolved foreign policy deals he has yet to close heading into his U.N. visit this coming week.

There are challenges with Iran, North Korea, the Afghan Taliban, Israel and the Palestinians — not to mention a number of trade pacts. Some are inching forward. Some have stalled.
Click to expand...

“I don’t blame the president for having so many deals open,” said Nicholas Burns, a former undersecretary of state who has worked for Republican and Democratic presidents. He gives Trump credit for going after China on its trade practices and talking to the Taliban to try to end 18 years of war in Afghanistan.

“But I do think you have to be tough-minded as citizens and grade him,” Burns said. “How’s he doing? Well, in my book, he doesn’t have a single major foreign policy achievement in more than 2½ years in office.”
Click to expand...

Former Secretary of State Rex Tillerson, who was fired by Trump, told a group at Harvard University recently that successful negotiations occur when both parties leave with an acceptable outcome. In a comment seemingly aimed at Trump, Tillerson said: “If you ever think about a negotiation as a win/lose, you’re going to have a terrible experience, you’re going to be very dissatisfied, and not very many people are going to want to deal with you.”
Click to expand...

That pretty much nails Trump's foreign policy on the head...no acceptable outcomes now for any party...the US is alone...in a world where we need allies...so nothing is getting done...worse...we have gone backwards.
L

PREMO Member
Trump has been very successful in foreign policy agreements. Unlike his predecessor he hasn't folded on every wish list offered by other countries. Not acquiescing to every demand is a very strong foreign policy position. If it doesn't benefit us then we shouldn't do it.

limblips said:
Trump has been very successful in foreign policy agreements. Unlike his predecessor he hasn't folded on every wish list offered by other countries. Not acquiescing to every demand is a very strong foreign policy position. If it doesn't benefit us then we shouldn't do it.
Click to expand...

You don't give Obama enough credit. I believe I recall hearing a lot of reports where foreign leaders said "Apology accepted".

PREMO Member
Well... According to Leftist ####tards, we'd be neck deep in a full scale nuclear WWIII by now and there doesn't seem to be any indication of such so to use the exagerated pretzel logic of the ####tards.... that must mean Trump Stopped WWIII!

transporter said:
It's 8pm on a Saturday night, I think I'll whine and complain online about politics...
Click to expand... 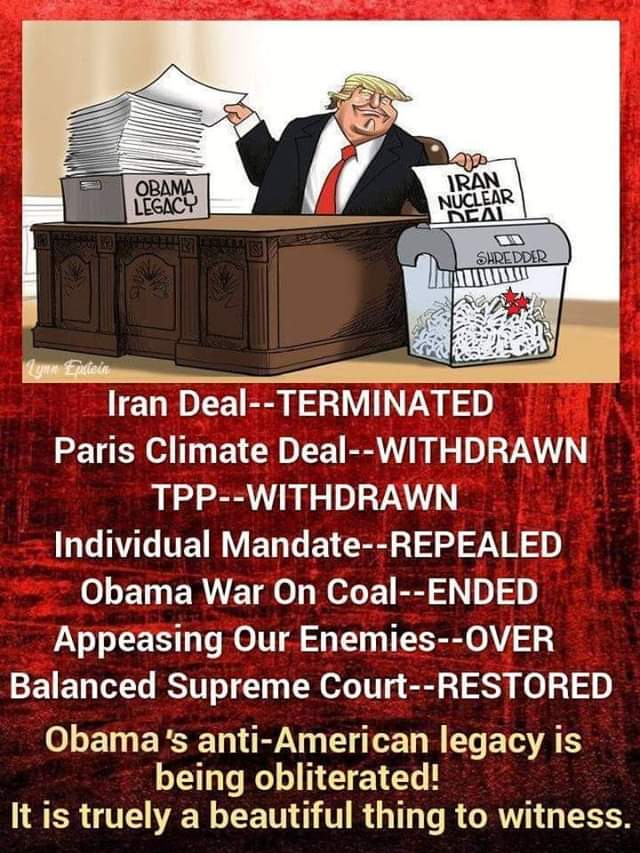