Wonder how the MSM will spin this.

The inflatable figure depicting a baby Donald Trump wearing a diaper, which has been seen at protests around the world, made an appearance in Tuscaloosa. A protester carried a sign that said "Roll Tide Impeach 45" and a woman held a signing saying she had sold her ticket and donated the money to the Alabama Democratic Party.

But there were more pro-Trump signs. One woman wore an oversized red MAGA hat and carried a sign saying: "Make BAMA #1 Again." There were flags emblazoned with "Trump 2020" and banners that read: "Keep America Great Trump 2020."
Click to expand... 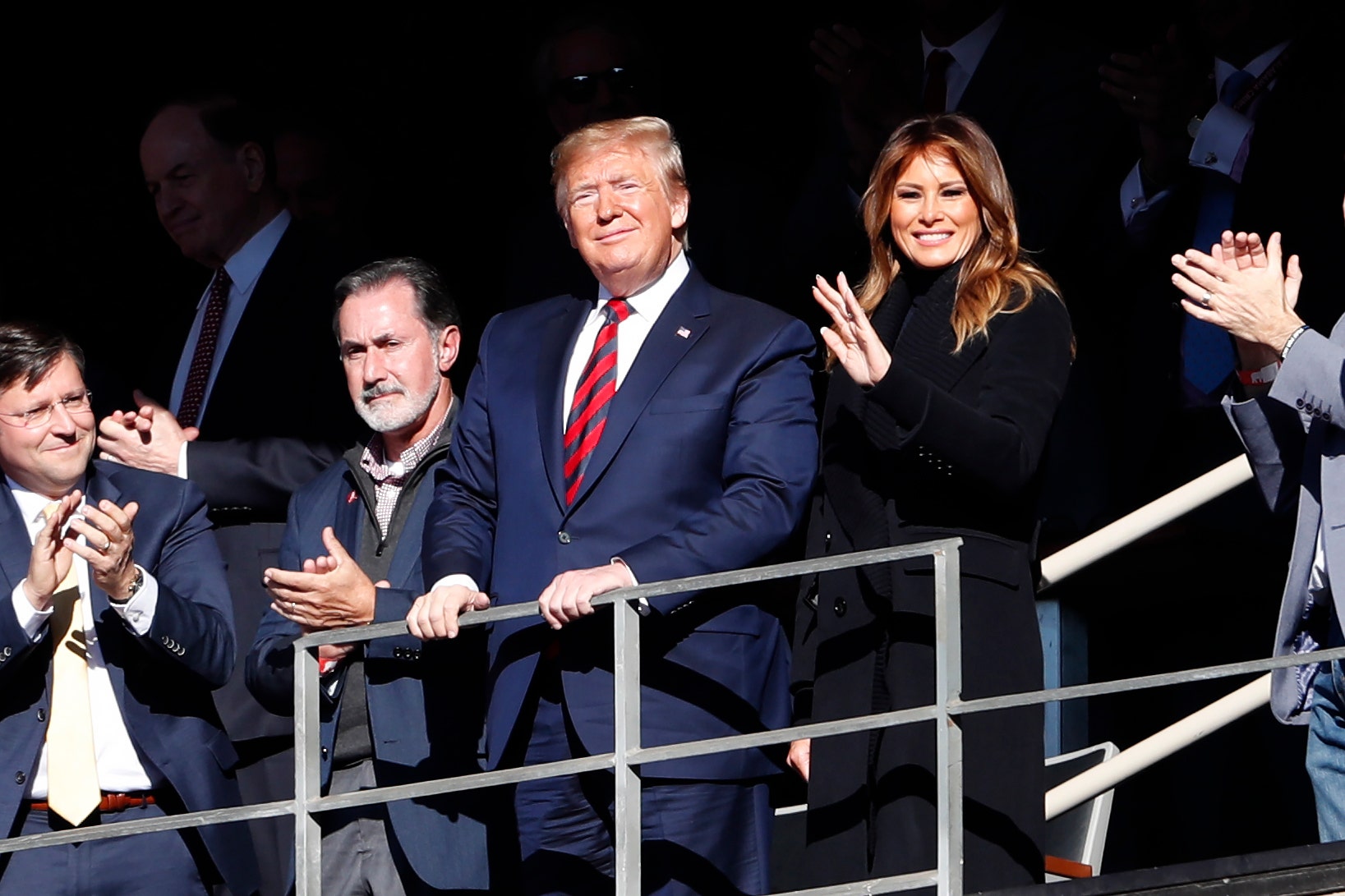 President Trump attended his third sporting event in the past two weeks Saturday as he sat on the sidelines of the football game between rivals Alabama Crimson Tide and Louisiana State University Tigers.

My money is on the 'southerners are stupid' excuse used to deny their own stupidity.

TPD said:
Wonder how the MSM will spin this.
Click to expand...

I must be missing something--------
and a woman held a signing saying she had sold her ticket and donated the money to the Alabama Democratic Party.

If she sold her ticket how did she get in with the sign.