Shocking video captured the moment a waterspout slammed into a small island in Maryland on Thursday, as severe weather wrecked the Old Line State’s shores.

The video shows the tornado swirling over water and heading towards Smith Island off the Chesapeake Bay.

The video, taken by Amy and Daniel Somers, shows debris flying in the air as the waterspout approached land.


You can hear utter shock from the Somers as they watch the waterspout come ashore and slam into what appears to be a building. 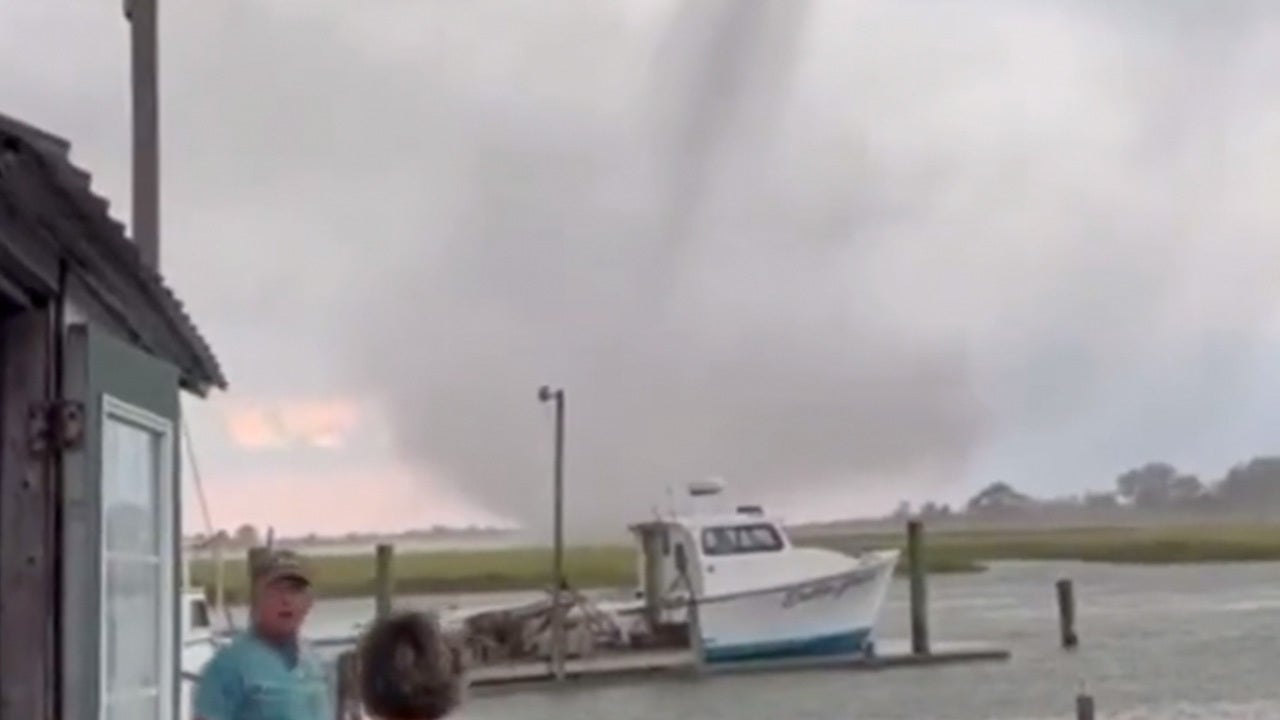 A waterspout devastated small Smith Island off the Chesapeake Bay in Maryland Thursday. Residents captured video of the waterspout tearing through buildings and sending debris flying.

PREMO Member
Pretty much destroyed the bed and breakfast where Jay Fleming and his photography workshop groups routinely stay. Destroyed or damaged a lot of other homes. Wrecked a bunch of boats...some 25' long. Badly damaged the gas dock.

Just saw news footage from the storm on Smith Island. What a mess.

GoFundMe for the residents is up.

Sneakers said:
Just saw news footage from the storm on Smith Island. What a mess.

GoFundMe for the residents is up.
Click to expand...