What Kind of Bully Harasses Nuns?

PREMO Member
And there the matter should have remained, after five years of litigation up and down the court system, with a resolution that harmed absolutely no one. But Xavier Becerra had different ideas.

How radical is his litigation? Let’s count the ways.

First, Becerra sued after the nuns had already been through the wringer and promised, a little like the groundhog seeing his shadow, several more years of litigation.

Third, what Becerra seeks is a crushing burden on the nuns. If they don’t sign onto an arrangement that they believe violates their faith, Becerra wants them, in keeping with the Obama mandate, to be subject to daily fines that would add up to tens of millions of dollars annually. And, remember, these aren’t “corporate polluters,” they aren’t insider traders, they aren’t tech giants; they are an order of nuns founded by a saint who begged in the streets of 18th-century France so she could carry out her charitable work.

Fourth, his suit lacks all merit. There was no reason to think that a mandate created by an executive agency also couldn’t have a carveout created by an executive agency. Plus, there was never any plausible claim of any harm — Becerra has not found one alleged victim, not one actual woman, who has been prevented from obtaining contraception because of the religious beliefs of the Little Sisters.

Xavier Becerra should apologize and withdraw his nomination.

What an ass whole.

Becerra’s bid to finesse his record and whitewash it of a distasteful item like litigation against nuns is an attempt to exploit a distinction without an appreciable difference, namely that the Little Sisters of the Poor intervened in California’s case against the federal government in order to be able to fight it directly.

However, the very purpose of Becerra’s lawsuit was to force the Little Sisters and any other group with a religious exemption from providing contraception coverage to begin doing so.

In July, the Little Sisters won one of their cases at the Supreme Court, which ruled in favor of Trump administration rules allowing private employers with religious objections to eschew contraception coverage. Despite that victory, which should have closed the issue permanently, Becerra’s litigation against the Little Sisters remains ongoing.

PREMO Member
“Mr. Becerra, you said a little while ago that you never sued the nuns, which is a pretty interesting way of reframing your bullying,” Sasse began. “You actually sued the federal government who had given an exemption to the nuns. Can you explain to us what the Little Sisters of the Poor were doing wrong?”

For the next few minutes, Sasse repeatedly had to repeat the question to Becerra because he repeatedly dodged it, claiming he was suing the federal government and not the nuns. Sasse pointed out he was evading the question.

“You say you didn’t sue the nuns, you sued the federal government that was keeping you from making sure that the nuns had to buy contraceptive insurance,” Sasse pressed. “Were the nuns gonna get pregnant?”

After another couple of minutes passed, Sasse grew increasingly frustrated with Becerra, noting that “for the fifth time, you did not answer the question.” 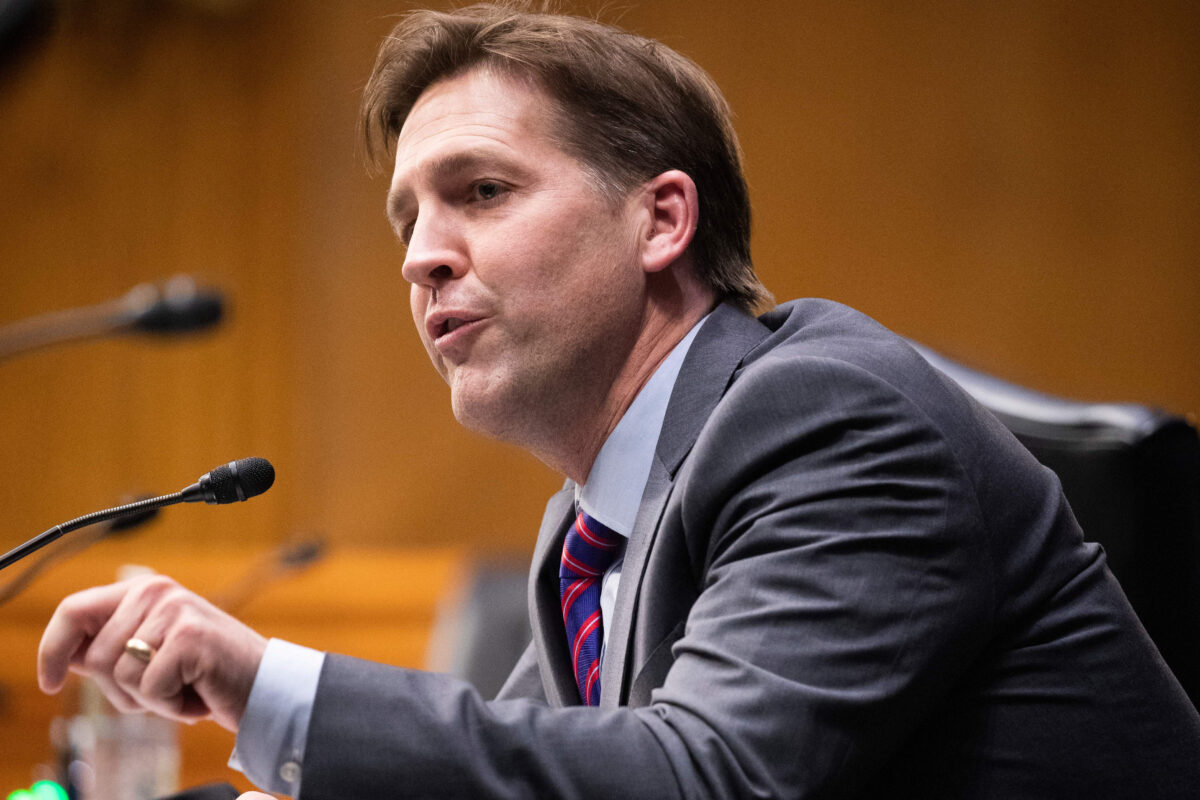