Every time I see this title, I immediately picture a little old lady behind the Burger King counter....
Click to expand...

At my age, you're lucky I remember my own name.
B

Sneakers said:
At my age, you're lucky I remember my own name.
Click to expand...

No shade, was just pointing out it was Wendy’s, that old lady is memorable to me, just like Wendy’s delicious square burgers.

GURPS said:
He is easily controlled
Click to expand...

They've had almost 50 years to train him. He's uber pliable.
B

He was the Vice President for 8 years.
He’s almost 80, he’s old, it’s no secret, the 80 year olds in my life, well, I’ll tell you I wouldn’t trust them to feed my cats, much less to run the country.

but maybe that’s ageist? He’s not actually doing anything, unlike trump, he has people pulling all the levers. I’m fine with that because I agree with what is being done, I know that puts me in the minority here.
P

awpitt said:
Hey VRAI…. I didn’t get an email notification of your post or I would’ve relied sooner. I got one for another post this and saw this one under the “bell” icon.

Actually, I would have to disagree that the Leftist mob is a small but highly vocal segment of Democrat voters. The same thing is happening with the GOP. The extremists are becoming a bigger and bigger part of both the Democrat and Republican parties and voting blocks. That’s why, when I left the Democrat party a few years ago, I didn’t switch to the GOP. I ended up going independent. In Mary Land, it’s called “unaffiliated”.

As far as my choice? I’m guessing you’re talking about the presidential election. Yes, I am happy with my choice, mainly because the alternative choice was unacceptable. Trump cost me and my wife and extra $4,500 that we wouldn’t have had to pay prior to his policies impacting the USCIS. What (pre-Trump) would’ve been a nine month, $2,000 process became (post-Trump) a 17 month, $6,500 process. That was the end of any possibility of me ever voting for him. Trump was a hardliner on illegal immigration which I was fine with but he was bent on making legal immigration almost impossible.

As for Biden, I can’t say that I’m 100% happy with every single thing that he has done so far but his track record so far isn’t that bad.

He promised an infrastructure bill. He’s put it forward. People my or may not like it but that’s what debate and compromise are for. That was something Trump promised in 2016 but never happened.

The DoD is taking back the money that Trump stole from construction funding for our military so he could build his white elephant. Now, that money can go back to what it was meant for, our military.

People are blaming Biden for high lumber prices when, in fact, lumber prices have been climbing since last June. Almost a year ago.

People are blaming Biden for high gas prices. Well, the Texas power problems this past winter cut off refinery production for two weeks. There was an increase in travel as all this COVID crap started easing up and now we have a pipeline that was shut down. Low supply plus higher demand equals higher prices. Simple Economics 101. This just shows how weak the supply chain is, I’m referring back to the need for infrastructure improvements.

I will say that Biden mucked up the situation on the boarder. There’s no defense that could justify what is happening there.
At any rate, some of my thoughts.
Click to expand...

Too bad that you let a monetary decision stop you from reelecting the best president in my 66 years ! But then again money worshippers are actually the root of our nations ills. Some worship their own money others worship their neighbors.

Just for the record there is not nor was there a fuel shortage , storage is pretty much full with diesel and gas the refinery shutdown didn't hurt it hardly at all .

vraiblonde said:
It's interesting to me that you would focus on a comparatively minor personal situation and disregard the big picture that affects all Americans.
Click to expand...

I have not disregarded any big picture that affects all Americans. The fact that our choices were different does not mean that I disregarded anything. My wife’s wellbeing is not a minor personal situation. It may be my personal situation, but it is not minor. It’s unfortunate that you feel that way considering you know and have met her, and she likes you.


vraiblonde said:
Have you read it, and do you agree with the extreme expansion of what is considered "infrastructure"?
Click to expand...

Yes, I have. Like I said, he put the proposal out there so it can be debated, discussed, amended, etc. That is more than the last guy did.

One cannot shut down a pipeline that doesn’t exist.


vraiblonde said:
What are some of the things Biden has done that you like?
Click to expand...

This is a sampling:
Reversed Trump’s over excessive public charge rule.
Reversed Trump’s excessive biometrics rule.
Instituted ‘Buy American’ rules in government procurement.
Revoked order that excluded undocumented immigrants from census. (The Constitution does not require that only citizens be counted.)

phreddyp said:
Too bad that you let a monetary decision stop you from reelecting the best president in my 66 years ! But then again money worshippers are actually the root of our nations ills. Some worship their own money others worship their neighbors.

Just for the record there is not nor was there a fuel shortage , storage is pretty much full with diesel and gas the refinery shutdown didn't hurt it hardly at all .
Click to expand...

awpitt said:
Yes, I have. Like I said, he put the proposal out there so it can be debated, discussed, amended, etc. That is more than the last guy did.
Click to expand...

So, in your twisted world view, floating a turd qualifies as a "win".

I'm not suprised in the least.
P

Absolutely he was , you were and still are blinded by greed . I pity you !
H

I don't believe they wish to. 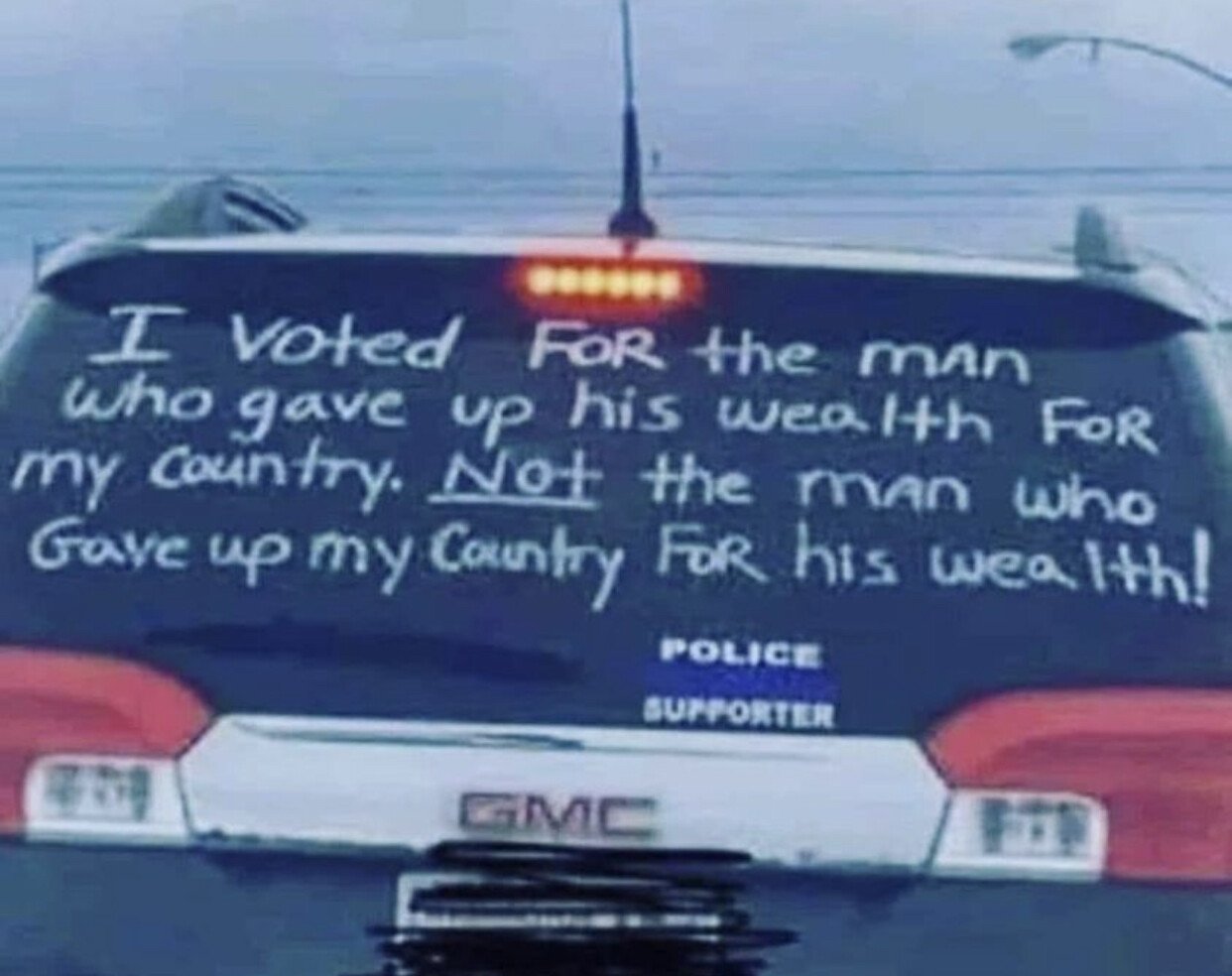