JEFF69Z28 said:
Were the states united back then and it is a flag from the USA's history and if it is below the AMERICAN flag then so be it
Click to expand...

Read that sentence back to yourself.
H

vraiblonde said:
Don't be silly. It's a Confederate battle flag. The symbol of an Army that waged war on the United States. Why on earth would we fly it next to Old Glory?

Wear your rebel flag t-shirt, put it on your car bumper - hell, fly it in front of your house. But I'm never going to change my mind that it doesn't belong on state or federal property flying with the US flag. I can't think why any patriotic American would think it should.
Click to expand...

I consider myself a patriotic American, I believe the Confederate flag should be flown on Confederate graves, such as those at Point Lookout.
There are millions of Patriotic Americans who love the Confederate flag and have fought in every war this county has had.
The flag is a part of our history whether one likes it or not.
There are many things offensive to me I live with them.
Why should others who have their own particular offense not live with them?

We can't all be unoffended all of the time , It's an equal opportunity problem.
You don't like it ? Fine. Live with it.
Just like I have to liv with Joe Biden and Camel Toe for 3 more years.

vraiblonde said:
If by "Yankee" you mean "United States citizen", you're right.
Click to expand...

vraiblonde said:
Read that sentence back to yourself.
Click to expand...

Hijinx said:
Does anyone on this forum know any white supremacist
Click to expand...

The folks I know who are of that bent, are usually White Separatists.
They know other ethnicities exist, but do not want to "Mix."
H

I am not a historian, but I seem to remember reading somewhere that the states that seceded had very right to, and it was the north that forced forced the war on them.

Hijinx said:
I am not a historian, but I seem to remember reading somewhere that the states that seceded had very right to, and it was the north that forced forced the war on them.
Click to expand...

Correct. Lincolns reason for invading the south was to force the states back into the union not to free slaves.
H

Smokey1 said:
Correct. Lincolns reason for invading the south was to force the states back into the union not to free slaves.
Click to expand...

They still haven't stopped forcing either .It was seat belts, helmet laws, the 55 speed limit and now it's Covid shots.

Smokey1 said:
Correct. Lincolns reason for invading the south was to force the states back into the union not to free slaves.
Click to expand...

Like the church of Scientology… Once you’re in you can’t get out.

How disappointed was the left when the bad guy turned out not to be a white goober in a MAGA hat?

So the terrorist is a Muslim. Damn. Now what?

Now, the FBI tried to convince the world Akram didn’t target Jews. The FBI, and the left in general, has actually been pretty lenient on Muslim terrorists, even the domestic terrorist who shot over 100 gay people at Pulse nightclub in Orlando. The FBI declared that the Pulse shooter didn’t target gay people at all, even as many lay dying in hospitals. Some leftists tried to argue he was a “frustrated gay man.” The left just can’t say the words, “Muslim terrorist” even as one of them is blazing away at over 100 gay Latino men.


The Biden administration has been pushing the myth of “white supremacy” as the nation’s biggest problem. Unfortunately for Gropey Joe, the nation’s dwindling KKK ranks, down to roughly 3,000 klan klowns, aren’t playing along. The few that exist barely put in any real “supreme” effort. And while they hide under their rocks, REAL terrorists are doing what terrorists do best, terrorizing Americans, most of whom are, ironically, white.

Darryl Brooks is a black supremacist who mowed down over 60 white people, including kids, at a Waukesha, Wis. Christmas parade. Six people were killed in what is inarguably the worst domestic terror attack in years. Yet CNN refers to it as “… six people killed after a red SUV sped into Waukesha’s Christmas parade Sunday afternoon.” If an actual white supremacist had mowed down over 60 black people, this country would still be burning.

Another black supremacist, with links to numerous black militias, shot a cop in the head last year in Florida. Black militants in Tulsa called for “killing everything white in sight.”

Some people just want to “shoot the white folks.” 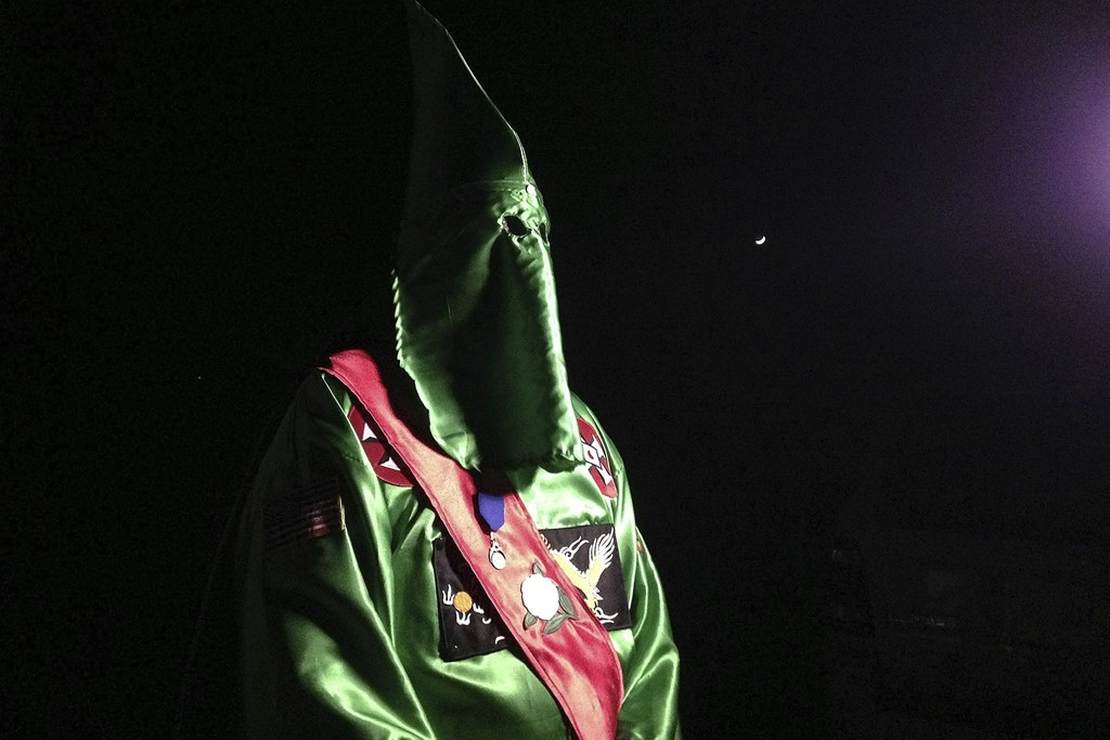