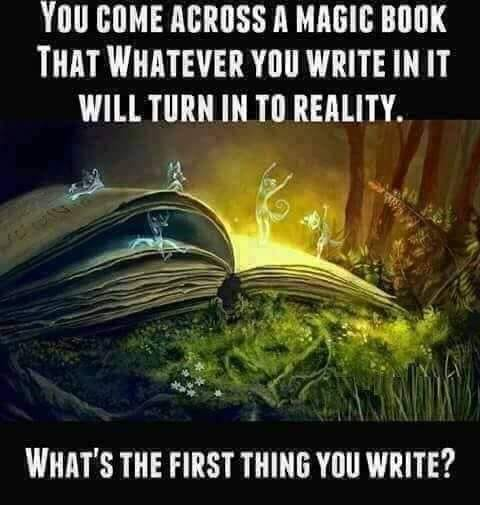 PREMO Member
Patron
Ooh, I thought of another one:

vraiblonde said:
Ooh, I thought of another one:

I just wanted to be a at will time traveler

I just wanted to be a at will time traveler
Click to expand...

Would you go back in time and kill Adolph Hitler? There was a Twilight Zone about that.

PREMO Member
The Reset of Germany would require more than killing just Hitler .... removal of fascists / communists across europe

Stalin, Lenin, Mussoni, Marx, Trotsky ... perhaps better would be trying to avoid the economic problems that led to the rise in power of these authoritarians .... the DAP was around before Hitler came along

GURPS said:
The Reset of Germany would require more than killing just Hitler .... removal of fascists / communists across europe

Stalin, Lenin, Mussoni, Marx, Trotsky ... perhaps better would be trying to avoid the economic problems that led to the rise in power of these authoritarians .... the DAP was around before Hitler came along
Click to expand...

PREMO Member
It is an interesting conversation worthy of Beer and Chips on a Friday Night .......


Theory Crafting as it were

Stephen Fry dealt with this superbly in his book Making History. Without spoilers, the problem is that many assume Hitler was the sole cause of the second world war and all the associated horrors. Sadly, this is a gross oversimplification. Germany in the 1930s wasn’t a utopia of basket-weaving peace lovers who were suddenly and severely corrupted by Hitler’s charismatic moustache. The political tensions and strife were all there, results of a previous world war and a great depression; Hitler was just able to capitalise on this. But if he hadn’t, say because he had been eliminated by an errant time traveller, then there’s nothing to say that nobody else would.
Problems rarely exist in isolation. Just like you can’t go in and rip out a tumour because it’s connected to the wider body which will react badly to such a blunt intrusion, elimination of the main figurehead won’t necessarily prevent events that were as much a product of the wider socio-political context. So if you did try it …

There’s the oft-quoted example of the butterfly effect, ie very small changes in a very complex system can have very big effects. You can criticise Hitler for many valid reasons, but one thing he wasn’t was “insignificant”; if he were, there’d be no desire to assassinate him. So even if you did succeed, given the impact he had on so many lives, you’d drastically alter the future/present, even if it panned out to be “better” without Hitler.

Say whoever replaced him was ineffectual and the war ended with reduced loss of life and destruction. In this timeline, maybe no German rocket scientists ended up in the US. The space programme loses some of its best minds, and happens more slowly (or not at all?) The space race resulted in a breath-taking amount of scientific advancement and spinoff technology, one strand of which eventually led to time travel. Now that you’ve changed things, time travel wasn’t invented in your lifetime, so either you vanish and the whole thing is undone, or your time machine does. So now you’re stranded in wartime Berlin. And you’ve just killed the beloved leader of one of the most powerful military machines in history.

Good luck with that.

The Treaty of Versailles had many problems. The main problem? The blame game. The treaty put the onus of guilt on Germany for World War I. Due to Germany’s actions in WWII, and the now-accepted view of the Nazis as evil, it is tempting to view WWI Germany through the same lens, and the Entente as the good guys. This is far from the truth.

First, similar wars to WWI had been waged between European superpowers for centuries – the Thirty Years’ War (1618-1648), the Napoleonic Wars (1803-1815), and many others. Often, states that were allied in one war were enemies in the next one – no one was the good guy No one was evil. In fact, the whole concept of good guys and bad guys in wars is a foolish way of thinking.

No one wins in wars. No medal will replace the millions of lives lost nor the economic catastrophe that war brings. Britain could have stopped Hitler in the late 1930s. France too . Neither did. Yet both countries came out of the war as the good guys. The sacrifices of the French, English, and other soldiers were surely heroic – the actions of their politicians are debatable.

Secondly, Germany was not solely responsible for WWI – many countries on the winning side were just as guilty. It was a Serbian government-backed group, the Black Hand, which organised the assassination of Archduke Franz Ferdinand. The country then denied reasonable requests from Austria-Hungary to carry out an investigation into the assassination. Russia heavily backed Serbia during the process and had major interest in destabilising the Austro-Hungarian Empire, with France on its side. Germany and Britain had colonial interests which overlapped which further fuelled tensions.

Assassinations of key political figures had occurred in the past, but none had brought about such a war. As such, Austria-Hungary’s declaration of war was also debatable. Evidently, the political situation behind the war was multifaceted and it is difficult to point the blame at one single culprit. The fact that WWI was dubbed ‘the war to end all wars’ implied that such complicated political situations as those prior to 1914 could be avoided in the future by this single conflict.
You must log in or register to reply here.
Share:
Facebook Twitter Reddit Pinterest Tumblr WhatsApp Email Link
Top