vraiblonde said:
Gone at 84 - one day after her daughter.
Click to expand...

How sad. I suppose it could be a coincidence, but I think the trauma of losing her child caused Debbie's death. They gave us so much great entertainment over the years. RIP Debbie and Carrie.
Last edited: Dec 28, 2016 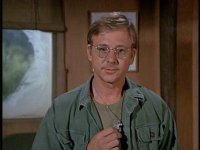 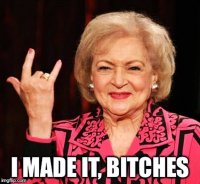 Jimmy "SuperFly" Snuka! RIP.
One of my favorites as a kid!

PREMO Member
Another one bites the dust, Miguel Ferrer

Hard to believe he was only 61, I thought he was much older.
http://www.foxnews.com/entertainment/2017/01/19/twin-peaks-ncis-los-angeles-actor-miguel-ferrer-dies-at-61.html

Merlin99 said:
Another one bites the dust, Miguel Ferrer

Hard to believe he was only 61, I thought he was much older.
http://www.foxnews.com/entertainment/2017/01/19/twin-peaks-ncis-los-angeles-actor-miguel-ferrer-dies-at-61.html
Click to expand...

We really liked him. Such a great character actor. He was one year younger than me and hub. Puts things in perspective. RIP, Miguel.

Saw that earlier that she was on her deathbed. Sad..

Hard to believe Valerie Harper and Ed Asner both outlived her.

PREMO Member
The favorite girl I had an insane crush on as a teenager in the mid 60's.

Mike Connors, who took a punch as well as anyone while playing the good-guy private detective on the long-running Saturday night action series Mannix for CBS, has died. He was 91.

PREMO Member
Here lately, I am reminded of the lyrics from 'Keeping the Faith' by Billy Joel -

Say goodbye to the
Oldies but goodies

The 77-year-old actor, who starred in films such as “Harry Potter” and “The Elephant Man,” passed away after suffering from pancreatic cancer, according to London’s Mirror newspaper.

Hurt contemplated his demise during an interview he did in 2015 while fighting the disease.

“I can’t say I worry about mortality, but it’s impossible to get to my age and not have a little contemplation of it,” Hurt said.