The initial move was quickly condemned by Democrats, election experts and spectators at the Wayne County Board of Canvassers online meeting as a dangerous attempt to block the results of a free and fair election.

“We depend on democratic norms, including that the losers graciously accept defeat. That seems to be breaking down,” said Joshua Douglas, a law professor at the University of Kentucky.

The state vote certification process is usually a routine task, and the ultimate resolution in Wayne County propels Biden toward formal victory in Michigan. Still, Tuesday's chaotic developments are likely to sow more doubt among Trump's supporters in the election results and could galvanize Republicans in other states to try to look for ways to slow down the final steps in making his loss official.

Republicans are also trying to stop formal certification of the election results in other swing states, including Arizona, Nevada and Pennsylvania.

Biden crushed Trump in Wayne County, a Democratic stronghold, by more than a 2-1 margin and won Michigan by 146,000 votes, according to unofficial results. His victory reversed Trump's surprise 2016 gains in the industrial Midwest and put Biden on the path to clearing the 270 Electoral College votes needed to win the White House.
Click to expand...

At about the same time the Wayne County Board of Canvassers broke its stalemate Tuesday and unanimously certified the results of the Nov. 3 election, President Donald Trump commended the four-member board for their initial deadlock.

“Wow! Michigan just refused to certify the election results!” Trump tweeted Tuesday night, conflating the Wayne County board with the Board of State Canvassers, which oversees statewide election certification. “Having courage is a beautiful thing. The USA stands proud!”
Click to expand...

The tweet is what "conservatives" who call themselves American and "true Patriots" think of as leadership. SAD!!!! (actually it is quite pathetic)

Truth about what you scared little bitch 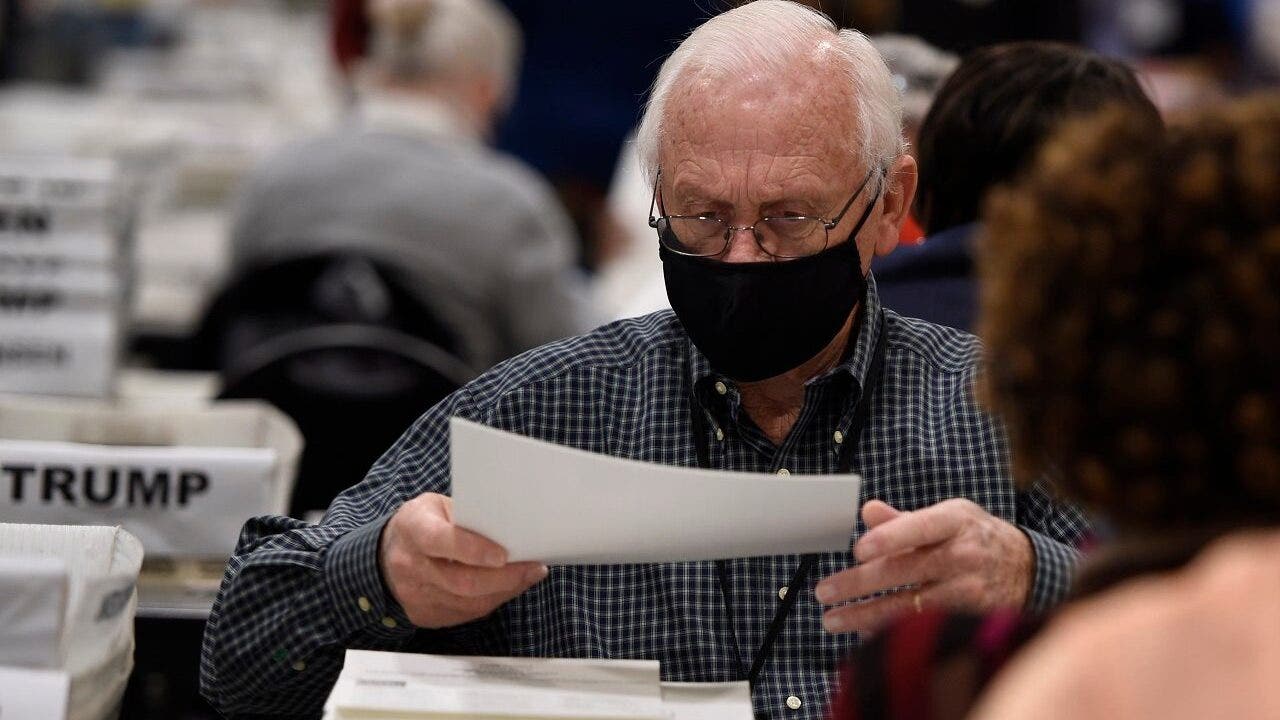 More than 3,000 uncounted ballots turned up in Georgia as the state is conducting an audit of the 2020 presidential election.

The "Truth" that Democrats are lying, deceitful, thieving little ####bags that should self-terminate?

Given the OP's delight in using the ad hominem approach, I'm not surprised (at all) to see what happened in Wayne County framed as "truth."


Abraham Aiyash, a Democrat Michigan state representative-elect, spoke of Republican Monica Palmer’s children and named their school as he berated her for being a “racist.” The Federalist reports:

“You, Ms. Monica Palmer from Grosse Pointe Woods, which has a history of racism, are deciding to enable and continue to perpetuate the racist history of this country and I want you to think about what that means for your kids,” he said, name-dropping the name of their school and talking about the impact her decision would have on their black classmates.

Aiyash claimed his “district was being personally attacked by Palmer’s refusal to certify the election, and accused her of suppressing the black vote on purpose,” The Federalist noted.

“You are standing here today, telling folks that black Detroit should not have their votes counted,” said the Democrat. “You are certainly showing that you are a racist. You may say that you are not. You may claim that you are not. But let’s be very clear, your words today, and your actions today made it clear that you are okay with silencing the votes of an 80% African-American city.”


how long until Monica Palmer children are bullied out of school


“In affidavits signed on Wednesday evening, the two GOP members of the four-member Wayne County Board of Canvassers allege that they were improperly pressured into certifying the election and accused Democrats of reneging on a promise to audit votes in Detroit,” The Washington Post reported. “Jonathan Kinloch, a Democrat and the board’s vice chairman, told The Post that it’s too late for the pair to reverse course, as the certified results have already been sent to the secretary of state in accordance with state rules. He lashed out at the Republicans over their requests.”

PREMO Member
Their mistake was ever trusting ANY Democrat.

Kyle said:
Their mistake was ever trusting ANY Democrat.
Click to expand...

or thinking if you cave, they will stop calling you a racist

PREMO Member
Monica Palmer, one of the two GOP members of the Wayne County Board Of Canvassers, said that her home address was published online after she first voted against certifying the vote total in Wayne County.

Palmer appeared on Fox News’ “The Ingraham Angle” on Thursday night alongside her fellow Republican board member William Hartman. Palmer told host Laura Ingraham that a Michigan businessman, Ned Staebler, published Palmer’s home address online and encouraged people to harass her at her house because of her vote.

“He’s used his social media platform to repeatedly dox me, post my phone number, my home address, my email address, and encouraged people to stop by my house and share their anger with me,” Palmer said.