No concessions from China as Trump postpones some tariffs: U.S. officials

No concessions from China as Trump postpones some tariffs: U.S. officials

WASHINGTON (Reuters) - China made no concessions to the United States after President Donald Trump postponed threatened tariffs on some Chinese imports until mid-December, senior U.S. officials said on Wednesday, adding that talks aimed at resolving the trade fight would continue and markets should be patient.
Click to expand...

Yes...Yes...markets should be patient...because markets are so good at patience!!!

At this point China has no incentive to deal with Trump. Trump is publicly negotiating with himself. China can just sit back and laugh.

PREMO Member
No concessions required.....their economy is getting ready to tank..... 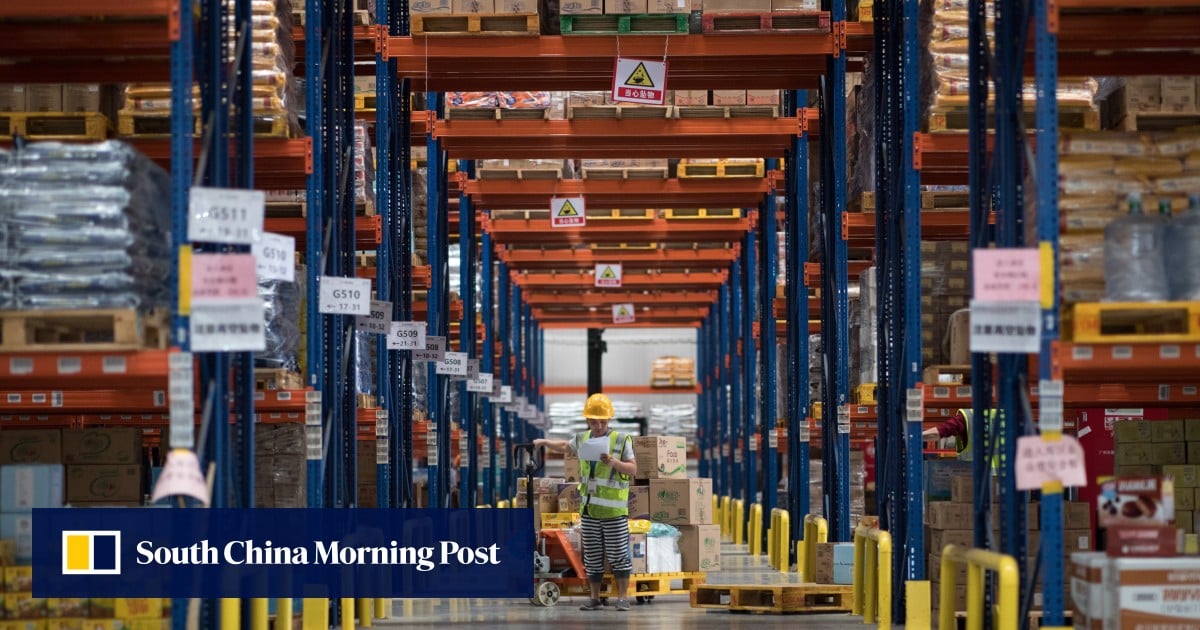 Industrial production – a measure of China’s industrial sectors including manufacturing and mining – grew by just 4.8 per cent in July.

While you're down in your mom's basement, unplug the clothes washer and stick your finger in the socket. You'll find that shocking too.

gemma_rae said:
While you're down in your mom's basement, unplug the clothes washer and stick your finger in the socket. You'll find that shocking too.

You only have one receptacle in your basement?

PREMO Member
There are, of course, other ways to see/make sense out of what's going on here. Sure, the OP could eventually turn out to be correct, but another way to look at this is the U.S. giving a little to see if China will. The old adage applies: you gotta give some(thing positive) to get some(thing positive).

That China didn't respond to this "concession" is disappointing, but also not really surprising. China probably isn't going to give in the short term because Chinese leadership is a) under various internal pressures (due to Hong Kong) and any reciprocal "concession" on China's part would be seen as weakness. And b) Chinese leadership feels it cannot ever seen to be losing face (Hong Kong or not). Chinese leadership appears to be saying that doing so would send the signal that it fears loss of leverage both domestically and globally. (Ironically, this lack of concession could be interpreted as sending the very same signal. Complicated business, this. More on "complexity," three paras, below.)

Anyway, the advantage to the U.S. offering concessions is that it frames the U.S. as having the moral high ground. If China had said no (which it has) the U.S. can say, well, at least we tried. Of course, then we will have the "next level counter": the U.S. was never serious in its concessions....

The OP continues to insist on framing everything the U.S. is doing as Trump buffoonery. Again, in the end, the OP could wind up being correct (in that U.S. efforts failed (or backfired)), but at this point the OP's anti-Trump blah-blah-blah is just silly. Why? Two reasons.

First, the situation is far more complicated and connected to so many other issues and domains as to make the OP's criticisms superficial and facile. Second, even if we had a handle on threading the needle wrt all the various issues/domains, knowing the future ain't easy. Unexpected confounds appear in the domains we know about and confounds in domains we didn't anticipate also appear.

Chris0nllyn said:
You only have one receptacle in your basement?
Click to expand...