Hank Green, who has a vast online following, implored TikTok users Thursday to watch Biden’s event on “every phone, television and computer.”

His video appeal scored 1.2 million “likes” and more than 21,000 comments on TikTok, a China-owned platform popular among teens and young adults.
As for TV viewership, Biden’s town hall drew more viewers than Trump’s, according to early figures. 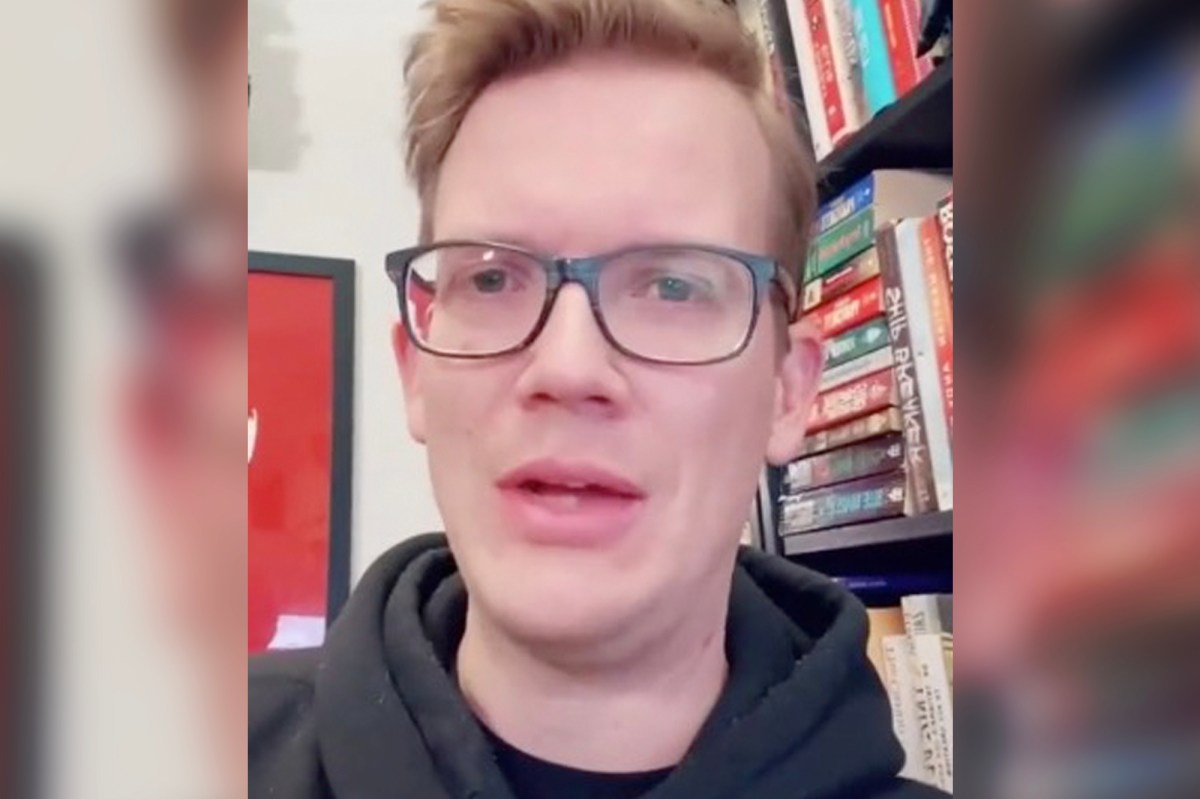 Hank Green, who has a vast online following, implored TikTok users Thursday to watch Biden’s event on “every phone, television and computer.”


However, TikTokers had a plan to prevent Trump from getting to brag about his numbers. YouTuber Hank Green made a TikTok (that has been viewed more than 4 million times at the time of writing) in which he suggested that Trump hosted his event at the same time as Biden's so that he could brag about better ratings.

While Green mentions that ratings do not actually matter, as they have nothing to do with electoral votes, he says he came up with a way to stop Trump from "having this very small win."


On YouTube, ABC's live stream of Biden's town hall had around 2.8 million views at the time of writing. However, Trump's town hall was streamed on the NBC News, CNBC, and CNBC Television YouTube channels, and had 1.9 million, 1.6 million, and 1 million views, respectively.

If I was forced to watch either, I would have watched Biden for the laughs in anticipation of all the gaffes.

PREMO Member
Patron
These people are so freaking childish. They have to cheat at every damn thing. Tards.

I would expect Biden to have higher ratings, since he really isn't out campaigning, so it might have been the only time for his supporters to catch something other than the very few soundbites out there up to this point. I predict they will have similar ratings, especially if NBC and MSNBC aired it vs. ABC alone. But the ratings don't mean much as far as predicting how the actual vote will go.

vraiblonde said:
They have to cheat at every damn thing.
Click to expand...

Think about that ..... they KNEW Biden was going to suck ... so they needed to cheat to bolster numbers
H

I saw that last night but it was before adding in cable viewers. It was just ABC & NBC viewers. But the counts were still small.

I think we all knew how the Trump gauntlet was going to go, as opposed to the Biden fluff job...
B

vraiblonde said:
These people are so freaking childish. They have to cheat at every damn thing. Tards.
Click to expand...

And they get pissed when you call them on it.
G

Biden’s 90-minute event on ABC News garnered 14.1 million viewers, compared with 13.5 million for Trump’s hour-long town hall, which was aired on NBC, MSNBC and CNBC. The figures, released Friday, included those who watched the town halls on television or streamed the event.
Click to expand...

The only Spin is coming from you ignoring the online numbers .... for TOTAL Viewership ..... Not Just The TV Ratings

Think of all the people - like me and Monello - who normally watch these things but skipped the NBC Savannah Guthrie debate because we already knew how it was going to go.

I feel like they can skip the next debate too because who cares? Is anyone still "undecided" at this point? If so, I don't think they should be voting at all.

PREMO Member
My wife just received a text message from MoveOn.org requesting a weekly donation to be used to develop videos to fight Trump on YouTube. They are concerned that Trump has a messaging advantage over Sleepy Joe on YouTube. She told them to FOAD in a long reply.

Before she could reply with STOP to unsubscribe, she received another text from MoveOn telling her she was unsubscribed, and to text START to be subscribed.

I've been getting many such texts in the past few weeks, I started deleting and adding to my blocked #'s
H