Back in our SPI happy place!

We did this on Thursdays in the summer back when we all went to work. We'd push an office cart around with ice cream bars and stuff in it and charge a dollar. Any proceeds went to local charities like the soup kitchen, or women's shelter or something nearby in LP City. We had little cardboard clip-ons for the cart so it looked like an ice cream truck and played goofy music. Everyone loved it. It was a little bit of a PITA for us coordinators, but making it seasonal helped keep it from being something taxing.

PREMO Member
Patron
This is a pic of the Queen Isabella Causeway that connects SPI to the mainland. What you see in the background is the South Padre Island skyline. 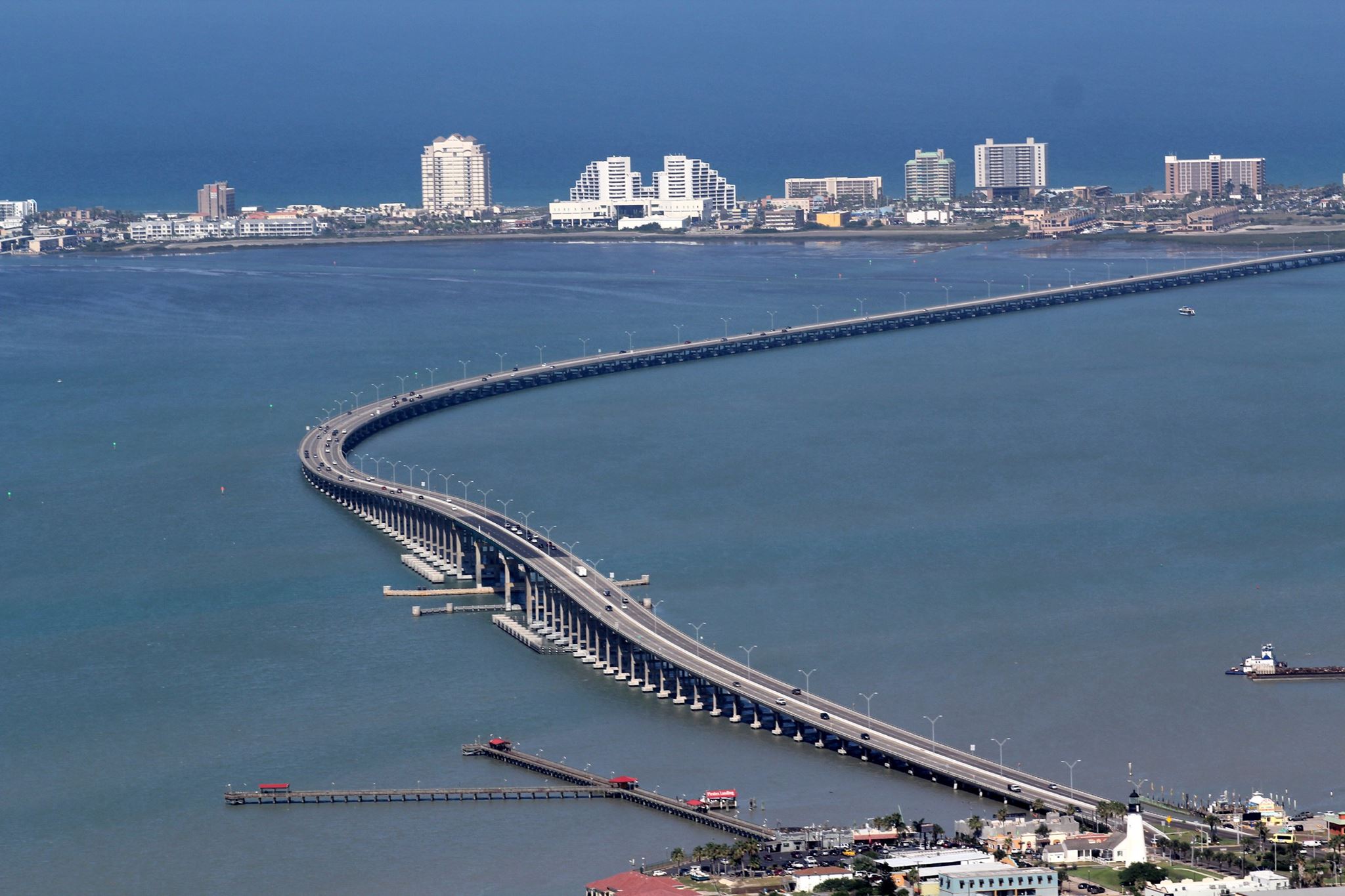 PREMO Member
If you look closely on the right, you can see me fishing.

PREMO Member
Patron
Today we had a horseback ride excursion with the campground guests. Nice turnout and everyone had a blast. Afterward we hit up the Porky truck for BBQ "buffet" because I couldn't decide what I wanted so I got a bunch of stuff - beef ribs, brisket, a loaded potato, sausage, charro beans, and slaw. We'll be eating on it for a couple of days.

Last night we went to Louie's Backyard hoping for that cheesy kale baked potato they had last year, but for some ungodly reason they discontinued it. WHY???

But the shrimp and fish I ended up with was pretty good. Unfortunately we got to playing trivia and I drank a bunch of beers, woke up at 3am violently ill and my stomach is still rough.

I'm pretty bent about that because I do love sitting on a barstool playing games and chatting up the folks while enjoying a local craft brew. I had decided that occasionally the pleasure is worth the pain, but it's becoming less and less so.

Tomorrow is a sunrise social, with breakfast on the deck, and Saturday I have entertainment coming and and we'll be serving up rootbeer floats. February is so full of activity that it will be over in the blink of an eye, and mid-March we hit to road for Florida and then up to Maryland.
You must log in or register to reply here.
Share:
Facebook Twitter Reddit Pinterest Tumblr WhatsApp Email Link
Top