Not related to current disasters, just wondering aloud:
Remember when libs were screaming that somebody should take the nuke codes away from Trump?
Do you know why nobody says anything about Biden and the codes?

Because even the dems don’t believe he ever got them!
H

If he got them he can't remember them.

After President Joe Biden spoke with a disabled American named Brandon, some online wondered if the conversation was related to a right-wing taunt involving that name.

“Let’s Go Brandon” has become an anti-Biden war cry in recent weeks, after an NBC reporter misheard a crowd of NASCAR fans chanting “F*** Joe Biden.” Since then, conservatives have churlishly repeated the malapropism online, chanted it at sports events, and plastered it on T-shirts and billboards.


Meanwhile, President Biden has continued to travel the country promoting his Build Back Better legislation, which aims to expand America’s social safety net, among other goals. One of the things the bill would do is increase federal funding for at-home health care , including for elderly and disabled Americans.


Omarova is a controversial choice. Born in the former Soviet Republic of Kazakhstan, Omarova was educated in the Soviet Union, graduating from Moscow State University in 1989, and as recently as 2019 openly praised various Soviet policies.

Omarova’s university thesis has raised alarm bells. Although no one knows exactly what she wrote in the thesis, its title, “Karl Marx’s Economic Analysis and the Theory of Revolution in The Capital,” coupled with her refusal to hand the paper over to members of the Senate Banking Committee, has led many to believe Omarova’s views on Marx are out of step with Americans’ largely pro-market sentiments.

Even more pertinent, Omarova has called for moving most of the consumer banking industry out of private institutions and into the hands of the Federal Reserve.

According to past statements, Omarova’s vision for transforming the U.S. economy involves significant centralization of investment and banking, putting a new public institution in charge, directly or indirectly, of virtually all economic activity. In an extensive interview with MSNBC host Chris Hayes in 2020, Omarova outlined some of her most expansive proposals to reshape the United States.
H

Joe cannot hit on all 8 because he was a 4 cylinder to begin with.
When you only have 4 and miss one it is a much bigger loss than missing one of 8. 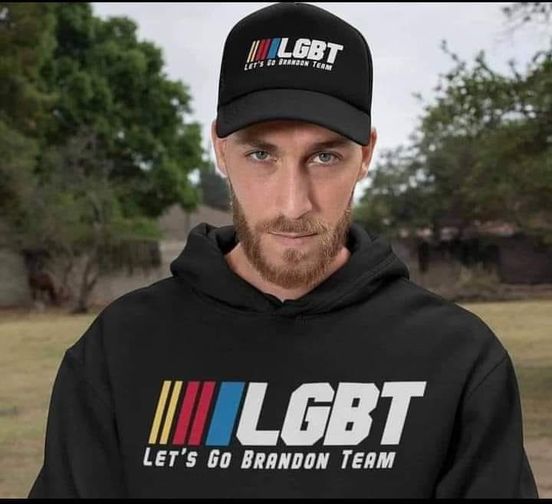 President Biden, just hours after taking the oath of office on Jan. 20, ordered all federal agencies to examine their policies and deliver a report within 200 days outlining any “structural racism” they found.

Mr. Biden’s focus on complaints about systemic racism has already spurred some changes. The Department of Homeland Security, for instance, has ordered its agents to stop referring to illegal immigrants as “aliens” and instead call them “noncitizens” to “ensure individuals are treated humanely,” according to the department.

The Department of Agriculture and other agencies have created commissions to examine how to incorporate racial equity into the ways they do business.

The Interior Department last week held the first in a series of “listening sessions” on racial equity. Activists prodded the department to examine why only one-quarter of the people who escape “nature deprivation” by going to national parks are minorities, despite minority groups making up 40% of the population.

The Labor Department said it wants to figure out why Blacks out of work during the pandemic are less likely than Whites to receive unemployment benefits.

Mr. Biden’s vow to promote racial equity in every aspect of government set off alarms. Critics said steering billions of taxpayer dollars toward minorities might discriminate against White people.

Biden said he was planing “a marathon” for the United States economy that would “transform the largest economy in the world into a thriving, innovative, equitable, and just clean energy engine of net zero for a net-zero world.”

The president previously expressed his disappointment that the leaders of Russia and China did not attend the summit to join the world in reducing carbon emissions in their economies.

But during his speech, Biden outlined his goal to make the United States into a “net-zero emissions economy” by 2050, promising “bold action” to lead the world on climate change:

That’s why today I’m releasing the US long-term strategy, which presents a vision of achieving the United States goal of net-zero emissions economy-wide by no later than 2050 and reinforces an absolutely critical nature of taking bold action with — in the decisive decade.
Click to expand...

PREMO Member
Biden Claims Reports That His Admin To Give Illegal Aliens $450,000 If Separated At Border Under Trump Are ‘Garbage’

GURPS said:
Biden Claims Reports That His Admin To Give Illegal Aliens $450,000 If Separated At Border Under Trump Are ‘Garbage’

“That’s not going to happen,” Biden claimed.
Click to expand...

He said mandates wouldn't happen too.

PREMO Member
Why Congress Is Troubled by the Saule Omarova Nomination


One area where Omarova has received criticism is her support of the notion to take something called Demand Deposit Accounts (DDA’s), which include ordinary people’s checking and saving accounts, out of the purview of commercial banks and put these accounts directly with the US Federal Reserve. Every American would have a direct account with the Fed, just like a bank does. The change in “banking as we know it” stems from the advancements in technology that allow total centralization of transactions through a single federal clearinghouse instead of an array of middlemen, which is the function bankers served when the tech was not capable of it.

It’s an extension of the same argument that cryptocurrency advocates make about the transaction efficiencies of blockchain coinage. Advanced banking infrastructure thinkers like Omarova began to recognize these efficiencies about a decade ago but did not trust emerging cryptocurrency companies with such power over money. They saw the similarities to the federal reserve’s function and said, “Why not just put it there?”

The problem with the concept is that these DDA accounts are what are known in the banking world as “core deposits,” considered the most valuable form of deposit on the bank’s balance sheet. They are stable. They are owned by real customers in the community. They are a measure of branch banking’s service to the areas they serve. They are gateway relationships to other banking services like lending and credit. In other words, they are a foundation upon which the house of cards of financial services is built.

To advocate changing this sets all sorts of business interests into disarray. Banks would have to completely change their business models to continue to make money. That, in turn, would set into motion what are called systemic risks to the design of the US financial economy. Risks that could turn very ugly if the design of the process turns out to be incorrect. And it usually does because complex economies are, in the end, a process of continuous trial and error. The time-proven approach is to let innovations evolve incrementally with individual parties taking smaller risks so that no error threatens the entire system.

I see a lot pf people stuffing mattresses and not using banks at all. But they will be forced to as everything will go electronic, no real world cash.

Sneakers said:
But they will be forced to as everything will go electronic, no real world cash.
Click to expand...

On the whole, the FCC says that about 6.5% of Americans do not have broadband, while BroadbandNow puts that number at 13.1%. For several states, the difference is often quite large.

In states including Alabama, Arizona, Arkansas, Georgia, Idaho, Indiana, Iowa, Kentucky, Louisiana, Mississippi, and Tennessee, BroadbandNow’s estimate is about double that of the FCC.

“The mapping has been totally inaccurate,” said co-chair of the Appalachian Regional Commission Gayle Manchin, “The federal government is saying you don’t need funding because your state is completely covered.”


Cruz asked Ho to explain why he described himself in the past as “a wild-eyed Leftist” and someone “accused sometimes of seeing discrimination everywhere” he looked during the Wednesday confirmation hearing of the Senate Judiciary Committee.

The Texas senator then went on to say that Ho had launched partisan attacks on the Republican members of the Senate Judiciary Committee in the past.

Cruz also quoted Ho’s 2017 statement, in which the American Civil Liberties Union (ACLU) lawyer called his hatred towards conservatives a source of “moral clarity” capable to “motivate the long hours needed to get the work done.”

“I recognize that New York is a blue state, but imagine there is someone who considers himself or herself a conservative in the state of New York, who, God forbid, finds themselves in a courtroom where you’re wearing a robe,” Cruz said to the judicial nominee for the Southern District of New York.

“What comfort do you think that litigant would have that you described the hatred of conservatives, the righteous indignation, the anger at conservatives, as a tremendous source of power for you personally?” Cruz asked.

Ho claimed that the quoted part of his statement was a joke that he relayed during his speech at a church.

Is he one of Don Ho's dozen kids?

In an executive order he Biden Wednesday, Biden set new goals for the government to cut its carbon dioxide emissions by 65 percent by the end of this decade and to zero out federal emissions by 2050.

The order puts the U.S. in line with global targets to reach net-zero carbon emissions by the middle of the century, which scientists say is needed to reduce the effects of climate change.