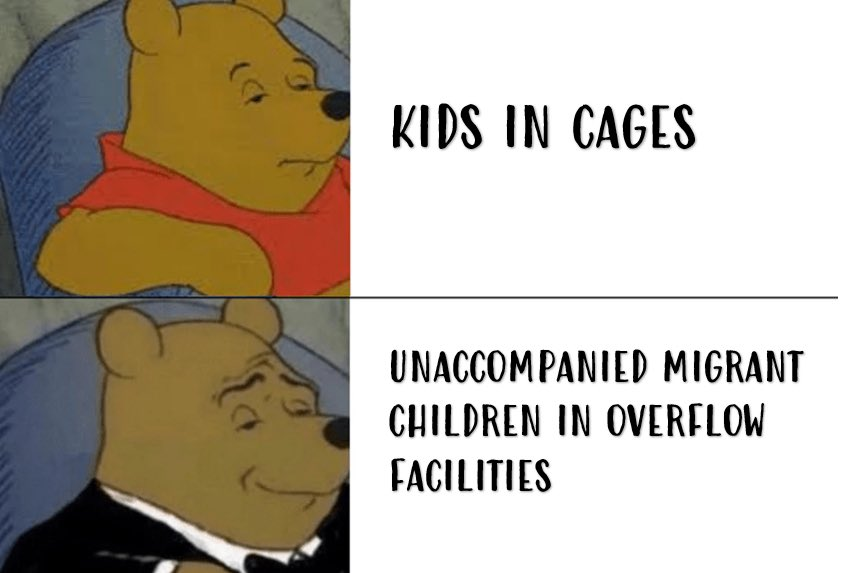 PREMO Member
Psaki On Biden Opening Border Detention Camp For Migrant Kids: ‘This Is Not Kids Being Kept In Cages’

“But it’s the same facility that was open for a month in the Trump administration. Summer 2019, that is when Joe Biden said, under Trump, there have been horrifying scenes at the border of kids being kept in cages,” Doocy pressed. “And Kamala Harris said, basically babies in cages is a human rights abuse being committed by the United States government. So how is this any different than that?”

“We very much feel that way. These are facilities, let me be clear here, one, there’s a pandemic going on,” she said. “I’m sure you’re not suggesting that we have children right next to each other in ways that are not COVID safe, are you?”

“I’m suggesting that Kamala Harris said that this facility, putting people in this facility, was a human rights abuse committed by the United States government and Joe Biden said, under Trump there have been horrifying scenes at the border of kids being kept in cages,” Doocy pressed. “Now it’s not under Trump, it’s under Biden.”

“This is not kids being kept in cages,” she claimed. “This is kids, this is a facility that was opened, that’s going to follow the same standards as other HHS facilities, It is not a replication, certainly not, that’s never our intention of replicating the immigration policies of the past administration, but we are in a circumstance where we are not going to expel unaccompanied minors at the border, that would be inhumane. That is not what we are going to do here as an administration.” 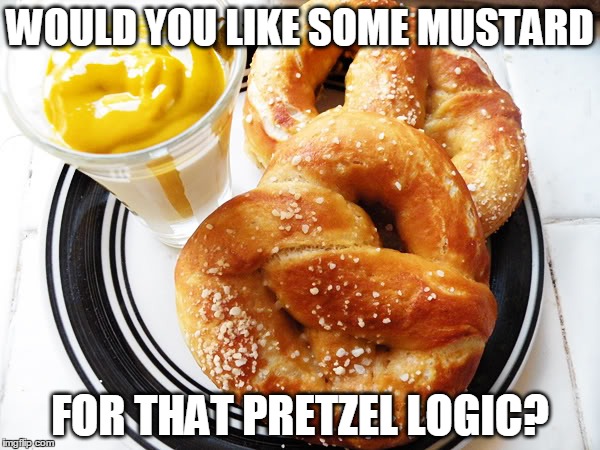 Feed and give them an education and give them free college, and a career here? Or do we eventually say since the kids are here we will welcome the parents next week and make them all citizens eligible for Welfare.
I sure don't know i am asking.

My major question is why don't we just send them home like we would any runaway who left their parents.
Why are we responsible for South American children? Their parents should be locked up for sending them here on their own. It's child abuse.


In an Orwellian twist, the Jeff Bezos-owned paper has morphed “kids in cages” into “migrant facility for children.”

Throughout former President Donald Trump’s four years in the White House, the mainstream media, like the Post, repeatedly cited “kids in cages,” claiming foreigners entering the U.S. illegally had their children ruthlessly snatched from them and shoved into cages (it was actually former President Barack Obama who started the practice).

But all that’s changed now. “First migrant facility for children opens under Biden,” said the Post headline on Monday. But in another twist, the facility was actually opened by the Trump administration.

“Dozens of migrant teens boarded vans Monday for the trip down a dusty road to a former man camp for oil field workers here, the first migrant child facility opened under the Biden administration,” said the story. “The emergency facility — a vestige of the Trump administration that was open for only a month in summer 2019 — is being reactivated to hold up to 700 children ages 13 to 17.”

Far-left Rep. Alexandria Ocasio-Cortez (D-NY) was mocked online Tuesday evening for giving only a mild criticism to President Joe Biden’s decision to open an immigrant detention facility for kids—something she called “concentration camps” when it was under President Donald Trump.

Ocasio-Cortez’s statement addressing the issue came after critics started to call her out online over her silence over the issue after she made a spectacle over it under the last administration. The Washington Post reported this week that the Biden administration reopened a facility that the Trump administration previously used for over a month to house migrants children amid a surge at the border. Biden had to reopen the facility because coronavirus restrictions allow for fewer kids to be housed in the same facility and because there has been an increase of minors apprehended at the southern border.

“This is not okay, never has been okay, never will be okay – no matter the administration or party,” AOC started out. However, a short time later she started to change her tune, adding, “Our immigration system is built on a carceral framework. It’s no accident that challenging how we approach both these issues are considered ‘controversial’ stances. They require reimagining our relationship to each other and challenging common assumptions we take for granted.”

easyliving45 said:
By reading the article you can see This is to house minors that arrive unaccompanied not to continue the Trump era policy of separating children from their parents to punish them for trying to seek asylum.

You sir are a dik head

SleazyLivin' still doesn't understand that a lot of these kids were used as props to make an immigrant look more legit.

easyliving45 said:
..... to continue the Trump era policy of separating children from their parents to punish them for trying to seek asylum.
Click to expand...

GURPS said:
which you disingenuous **** sucker was a continuation of the OBAMA ERA Polies
Click to expand...

sleazytransstupidus spanks to the abuse you all heap on him/her/it. That's why I just put them on ignore. Mo' better that way.
H

BOP said:
sleazytransstupidus spanks to the abuse you all heap on him/her/it. That's why I just put them on ignore. Mo' better that way.
Click to expand...

Maybe every new incarnation should be put on ignore and once they get no responses will leave.

BOP said:
sleazytransstupidus spanks to the abuse you all heap on him/her/it. That's why I just put them on ignore. Mo' better that way.
Click to expand...