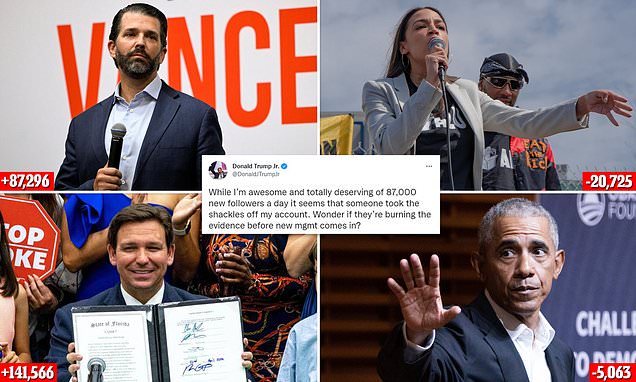 Right wing figures on Twitter such as Ron DeSantis and Donald Trump Jr have seen their Twitter followers soar, while left wingers like Alexandria Ocasio-Cortez and Barack Obama slump.


Even if you overlook her history (and why would you), Gadde does not seem like the right fit for making Twitter more tolerant of free speech. On the contrary, she is part of the problem Musk is hoping to solve. Having her stay on would be asking for trouble. Maybe Gadde knows what’s coming and yesterday’s emotion was partly based on an awareness she’s saying goodbye. Losing this gig will definitely be a big loss for her personally.

Gadde’s total compensation was more than $16.9 million last year, the San Francisco-based company disclosed in a preliminary annual proxy statement filed April 1. That’s up from the roughly $7.3 million she earned in 2020.
Click to expand...

PREMO Member
What is going on with Twitter follower counts?

Yesterday, Elon Musk succeeded in buying Twitter and there were reports that the site’s code had been locked to prevent anyone making any sudden changes, possibly as some kind of protest. To me that suggested that nothing much would change between now and whenever Musk’s team comes in to start making changes. But today I noticed some people on the left complaining that they’d suddenly lost a lot of followers.


Here’s a blow up of recent data for Hillary Clinton’s account. She suddenly lost 17,000 followers yesterday. I’ve been seeing this too, so we think there were 100k people trying to follow Desantis but couldn’t? I think Twitter folks are now saying, “you want free speech, have it!” And tons of bots are now coming online, here are new spoof accounts I saw yesterday with tens of thousands of followers, it’s partially what made Gab unusable.


The current ratio on this is roughly 3:1 as of 5:30 pm ET. By the time this post publishes and people have had more head-scratching time, I suspect it might be wider than that. You might as well argue for “edit button justice.” Besides, this is a strange complaint to make when Musk appears to be the only tech titan that has promised to make those algorithms more transparent when he has the authority to make those changes:

“Twitter has become kind of the de-facto town square,” he said. “It’s just really important that people have both the reality and the perception that they’re able to speak freely within the bounds of the law.”
In terms of specific changes, Musk said Twitter should open-source its algorithms and minimize the interventions it takes in policing content. “Any changes to people’s tweets — if they’re emphasized or de-emphasized — that action should be made apparent,” he said. “So anyone can see that that action has been taken so there’s no sort of behind-the-scenes manipulation, either algorithmically or manually.”
He added that the underlying code behind the algorithm should be available on GitHub, so that users could inspect it themselves.
Click to expand...

In other words, this isn’t really about “algorithms” at all, except as a cover for shenanigans, as Musk hinted. A Twitter user noted this as well in a reply to Markey’s tweet:

Read what Musk said carefully. He doesn’t think it’s the algorithms either. Musk suspects that Twitter employees are intervening in support of their own biases and that of their bosses, and that they blame “algorithm” issues when the results are too absurd to ignore. That’s why Musk wants to make them open-source and transparent, so that any changes not made by algorithms would become instantly apparent.


In Other Words ...... we want Twitter to promote What WE WANT PROMOTED Non of this free thinking

Sanchez’s Twitter bio shows he works at Central High School in Providence and is running as a "Leftist Candidate for Rhode Island State Representative." Fox News Digital could not confirm what classes he was teaching at the school.

Anti-Capitalist uses Capitalist System to Rage against capitalism, I wonder if he was using his iPhone

In an interview with the Financial Times Tuesday, EU Commissioner for the Internal Market Thierry Breton said that he was giving Musk a “reality check,” adding that Twitter must cooperate with the EU’s rules on content moderation, including the pending Digital Services Act. The prospective legislation would force large tech platforms to take more action to disclose and remove illegal content, including “hate speech,” as noted by The Guardian.

“We welcome everyone,” Breton told the Financial Times. “We are open but on our conditions. At least we know what to tell him: ‘Elon, there are rules. You are welcome but these are our rules. It’s not your rules which will apply here.’”

Breton was also stern in warning Musk that the consequences for failing to follow EU rules would be severe, including massive penalties and possibly the site being banned from Europe.


Besides banning, can the EU really do anything of you don't have a corporate presence there ?

In this context, debates about free speech and accountability miss the point. There was nowhere near this much panic when Jeff Bezos purchased the Washington Post in 2013. Nor, for that matter, do people worry about the fact that Warner Bros Discovery owns CNN or that Comcast owns MSNBC. So why all the hoopla about Musk?

There are two reasons for the excitement. The first is related to Musk himself: his perceived character and affiliations. Elite media and progressive circles tend to regard him as more dangerous than Jack Dorsey, Mark Zuckerberg, and Jeff Bezos not because he is richer or more powerful, but because he is more culturally aligned with various deplorables, from crypto-bros to MAGA-heads to Joe Rogan.

This perception helps to explain the fretting over Musk’s claim to be a “free speech absolutist”, which human rights groups have warned could usher in a torrent of online hate. But whether or not you think unrestricted free speech is a good thing, it is unlikely to be put into practice. There is widespread agreement that unmoderated public forums are completely unmanageable due to trolling and abuse, and any administrator of any social media platform will have to engage in some filtering or censoring. The worry is about what kinds of speech he will and won’t let through.

The second reason relates to Twitter’s tenuous role in preserving an established national elite in an age in which the very idea of such an elite is dying. Twitter has in recent years, just like the internet itself, bifurcated into two broad strata: a national “overculture” of elites — academic, celebrity, political, or journalistic — and a more shadowy, disparate “underculture” of often-pseudonymous hoi polloi, who increasingly define themselves in opposition to the traditional elites.

and your argument goes right out the window

PREMO Member
Patron
These people are keeping close track of their Twitter followers.

Reminds me of the Karma Wars.

Taylor began the meeting by recognizing how suddenly the situation at the firm had changed and how employees must be shocked by the quick turn of events. Taylor stated: “I also just want to acknowledge all the emotions of today. It is an emotional day. 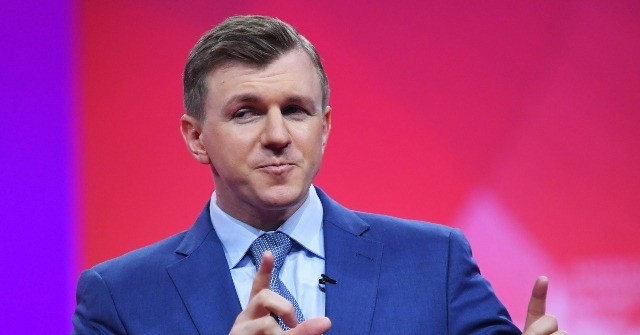 Get ready with your safe spaces snowflakes

“Shadow banned, I’ve been doxxed, why am I so fat?”