PREMO Member
I Am Really Freaking Sick of Anthony Fauci

What? I need to look at that again:

This isn’t science. This is religion. Fauci has styled himself as the Pope of COVID, and his enablers in the media have been more than happy to confer him with papal infallibility. He’s established himself as the only true mediator between the unwashed masses and God Science. And whenever he says something that doesn’t make sense or he contradicts himself, well, don’t you fret your little head about it. You just need to have faith. Pope Anthony the First would never lie to you.

More than enough evidence that COVID is BS and the "vaccine" is genocide, on a long time line.

PREMO Member
No Data, No Evidence, ‘You’ve Got To Make A Judgment Call’: Fauci On Restricting Travel For Those Fully Vaccinated


“You know, that’s a very good question, John, and the CDC is carefully heading in that direction,” Fauci replied. “You know, when Dr. Walensky (Rochelle Walensky, Director of the Centers for Disease Control and Prevention) made the announcement a day or two ago about the fact that when you have a couple of people, two or three or more people in a family setting, both of whom are vaccinated, even if it’s someone, a friend that doesn’t have to be a member of the family, that was the first in a multi-step process that they are going to be rolling out.”

“They’re being careful, understandably; they want to get science; they want to get data, and then when you don’t have the data and you don’t have the actual evidence, then you’ve got to make a judgment call,” Fauci stated. “And I think that’s what you’re going to be seeing in the next weeks; you’re going to be seeing little by little more and more guidelines getting people to be more flexible. The first installation of this is what can vaccinated people do in a home setting. Obviously the next one is gonna be what you’re asking. What about travel? What about going out? What about getting a haircut? What about doing things like that? That’s all imminently going to be coming out.”

Anthony Fauci, one of President Joe Biden’s top COVID-19 advisers, admitted that the Centers for Disease Control and Prevention does not always rely on scientific data and evidence to inform its coronavirus mitigation guidelines.
Fauci conceded the fact on Wednesday after a CNN anchor pressed him on why the Biden administration and public health organization are still advising people who have received two doses of the COVID-19 vaccine not to travel.

Someone should ask Fauci, you keep saying follow the science, but you science keeps changing. So which of the last dozen you've talked about is it .?
E

It's like watching two idiots see who can tell the other the stupidest possible conspiracy theories on earth.

Genocide? Really? Without a single attributable death you call vaccines genocide and expect to be taken seriously?

PREMO Member
Fauci’s comments came days after Sen. Rand Paul (R-KY) blasted the immunologist.
In an interview last week on Fox News, host Laura Ingraham asked Paul, “Senator, you have been one of the few lawmakers to directly call out Dr. Fauci’s lies. Are people afraid to question him? And if so, why?”
“Well, it’s the science — and people are afraid of, you know, scientists, and he’s put on a pedestal,” the Kentucky Republican said. “But you have to remember that his lies are noble lies, Laura. He’s not telling you this because he’s a mean man. He’s telling you this because he feels sorry for you because you don’t understand, and Americans aren’t smart enough to make informed decisions. So, he fashions himself some sort of Greek philosopher. He tells you these noble lies.”
Said Paul: “So, at first, he told you that all the masks don’t work. But he told you that because he wanted to protect the N-95 masks, which actually in a health setting do work. But then, later on, he said, all masks do work. But that’s also a lie also because really only the N-95 masks work.”
“It’s a compilation of lies,” Paul said of Fauci. “But they’re all done to protect you because he doesn’t think you’re smart enough to make any of these decisions on your own.” 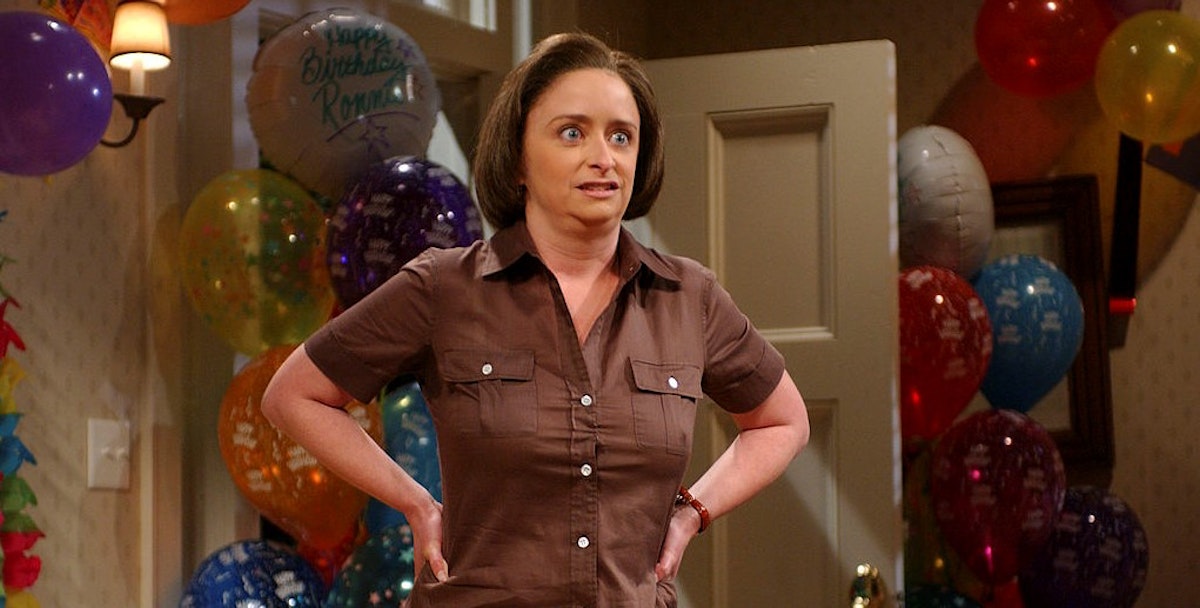 easyliving45 said:
It's like watching two idiots see who can tell the other the stupidest possible conspiracy theories on earth.

Genocide? Really? Without a single attributable death you call vaccines genocide and expect to be taken seriously?
Click to expand...

Here's the difference between you and Fauci , on occasion he does state something that makes a little sense even if he IS wrong.

Tell the truth, or placate?

Trust is the single most important asset that the public-health community has. Public health involves getting people to change behaviors, and accept vaccines and medications, to control disease.

For most of my lifetime, that has been an easy task: People trusted the public-health authorities, in part because they had a long track record of making people’s lives better. And, of course, people trusted institutions in general.

But now trust is harder to come by. Institutions in general are less trusted, as one legacy of the Trump era has been the revelation of just how politicized (and sometimes corrupt) so many of our major institutions are.

And then there’s the record of the public-health establishment itself in the COVID era, which has been untrustworthy. Just over a year ago, in early March 2020, Dr. Anthony Fauci was telling us it was safe to go on a cruise, and experts said that masks wouldn’t be of any use for most people.

Both of those statements were quickly reversed, but when it came out that the mask recommendation was really just meant to ensure supplies for health-care workers, Fauci’s — and the World Health Organization’s — trust levels took a major hit.

Fauci also told us last April that it would be at least a year to 18 months before we saw a vaccine, when in fact one was deployed as early as November of the same year. When asked about herd immunity, Fauci moved the goalposts, when experts were saying that the threshold for herd immunity was 60 percent of the population being vaccinated or immune. Then he revised the number up to 70, 75 and eventually 85.


Fauci tried to pivot saying they were just talking about those who were never infected before, but Paul noted his advice was that everyone continues to wear masks, including those with immunity from past infection or through vaccination. What studies can the good doctor cite that show those with immunity from COVID are spreading the disease? Isn’t it just theater? That irked Fauci for sure.
https://townhall.com/columnists/kur...ucker-carlson-n2586372?utm_campaign=inarticle
Paul aptly makes the point that saying ‘to get the shot but keep wearing masks’ is the reason why there’s vaccine hesitancy. There needs to be clarity. There should be guidelines on what you can do as a person who has acquired immunity. Where's the reward? There is no science behind wearing a mask after immunity is acquired.

Fauci added “Let me state for the record that masks are not theater. Masks are protective.”

Paul interjected noting that if you’re immune and wearing them it’s theater.

“I totally disagree with you,” replied Fauci.

Of course, these folks are paralyzed by fear or politics. It’s one or the other because this traveling circus went off the rails long ago.
H

Paul seems to be the only one with a brain in this conversation.

Just know that "your ass makes you look fat" is never the correct answer.

BOP said:
Just know that "your ass makes you look fat" is never the correct answer.
Click to expand...

Unless the lady is a Kardashian. Then it’s a compliment.

UglyBear said:
Unless the lady is a Kardashian. Then it’s a compliment.
Click to expand...

I'm not convinced that the words "lady" and "Kardashian" should ever go together.

Fauci acted like the little b*tch that he is. What a douche.

Ask to see them without the pants for comparison purposes because, well, science.
C

PREMO Member
Sen. Paul Accuses Fauci Of Lying, Blasts ‘Karen’ Who Tattled On Him For Running On Treadmill Without Mask

Speaking with Fox News host Tucker Carlson on Friday regarding a testy exchange he had with Fauci over the necessity of wearing masks after being vaccinated, Paul said, “There was Dr. Fauci’s opinion, his conjecture that someday there might be a [COVID-19] variant that escapes the control of the vaccine and becomes a pandemic and hospitalizes and kills people — but there’s no evidence that it has happened. He thinks it might happen, so you need to wear the mask until he’s sure that things that might happen are not going to happen.”

“There are no news reports and no scientific studies saying that after vaccination that there is some sort of widespread contagion that people vaccinated are spreading the disease,” Paul continued. “What Fauci won’t tell you is that he’s telling you a noble lie. He’s lying to you because he doesn’t think we’re smart enough to make decisions. His fear is, if the vaccinated quit wearing the mask, the unvaccinated will say, ‘What the hell, I’m not wearing a mask either.’” 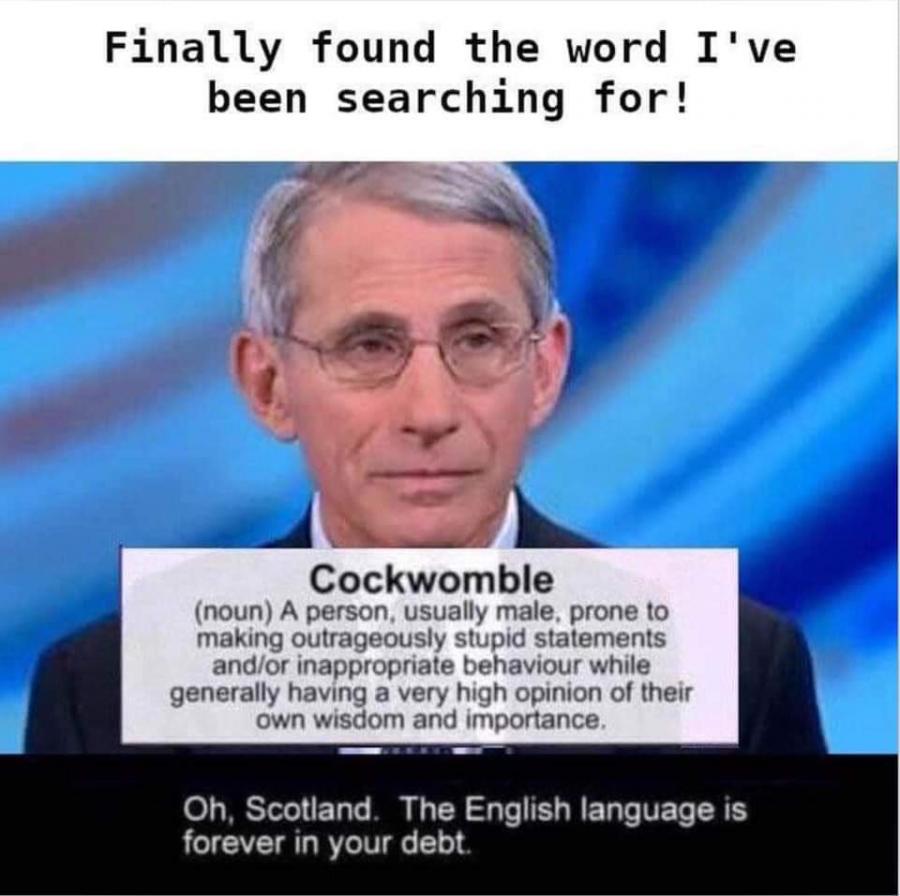