What Do You Watch?

They are anything but calm. There is a lot of drama between the characters. I feel the producers go out of their way to stir the pot.

Some old threads about that subject...

Them Limeys surprisingly make some chill happy shows — the trio historical team on those shows especially.
They are to the shows you listed is like The Detectorists to The Wire.

stgislander said:
Scanning YouTube clips, I stumbled upon a German series titled Maximilian about young Emperor Maximilian I. German language with English subtitles. Originally aired on Starz, but can be purchased on Amazon Prime for $13.99 a season. I really enjoy historical drama pieces so I may just bite the bullet and order.
Click to expand...

Have you watched Versailles or Outlander? Both on Netflix.

PREMO Member
I'll plug Last Chance U again. A look at junior college football and all that goes into keeping basically functioning illiterate students eligible to play football. They say there is no I in team but all these kids are looking out for themselves to the detriment of the team. It's fascinating watching what people will put up with and let kids get away with when they need them to do something for them.

RoseRed said:
Have you watched Versailles or Outlander? Both on Netflix.
Click to expand...

Unfortunately no. I'm too cheap to purchase Netflix.

stgislander said:
Unfortunately no. I'm too cheap to purchase Netflix.
Click to expand...

I just canceled mine

I just got into Snowpiercer on TNT and The Good Doctor on ABC.

We are really enjoying the BBC made for TV series "Red Rock". Each episode is only about 22-25 minutes long so it is easy to either binge or throw one in as a mental break from whatever you were doing.

kwillia said:
We are really enjoying the BBC made for TV series "Red Rock". Each episode is only about 22-25 minutes long so it is easy to either binge or throw one in as a mental break from whatever you were doing.
Click to expand...

Not sure... I watch it on Prime. It is filmed in Ireland.

kwillia said:
Not sure... I watch it on Prime. It is filmed in Ireland.
Click to expand...

stgislander said:
At lunch, my wife and I watch reruns of Emergency on Cozi TV. We laugh a lot looking back at life in the 70's.
Click to expand...

I'm not old enough to remember that show but recently discovered it, it was a good show.

stgislander said:
At lunch, my wife and I watch reruns of Emergency on Cozi TV. We laugh a lot looking back at life in the 70's.
Click to expand...

I remember watching this and Adam 12

GURPS said:
I remember watching this and Adam 12
Click to expand...

I am so very blessed

We just finished up binging six seasons of The Americans. Awesome show, and I want to watch it again to pick up on nuances that I missed the first time around.
Last edited: Feb 19, 2021

I am late to the party but enjoying House of cards, West wing, Madam secretary and Ozark.

Can someone watch the Digits episode and explain Benford's Law?
Click to expand...

I watched this tonight. It was incredibly interesting.

ShyGirl said:
Can someone watch the Digits episode and explain Benford's Law?
Click to expand... 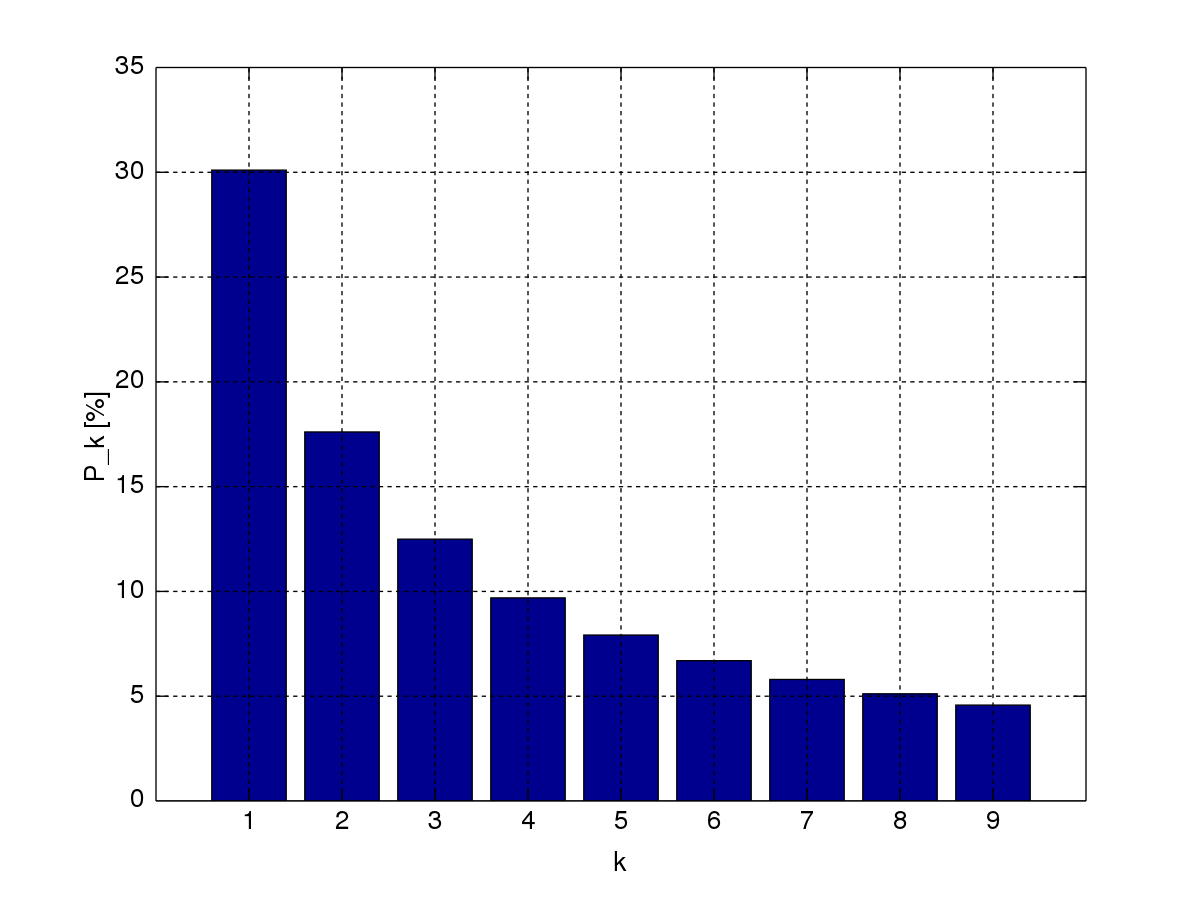 Benford's law, also called the Newcomb–Benford law, the law of anomalous numbers, or the first-digit law, is an observation about the frequency distribution of leading digits in many real-life sets of numerical data. The law states that in many naturally occurring collections of numbers, the leading digit is likely to be small.[1] In sets that obey the law, the number 1 appears as the leading significant digit about 30% of the time, while 9 appears as the leading significant digit less than 5% of the time. If the digits were distributed uniformly, they would each occur about 11.1% of the time.[2] Benford's law also makes predictions about the distribution of second digits, third digits, digit combinations, and so on.

The graph to the right shows Benford's law for base 10, one of infinitely many cases of a generalized law regarding numbers expressed in arbitrary (integer) bases, which rules out the possibility that the phenomenon might be an artifact of the base 10 number system. Further generalizations were published in 1995[3] including analogous statements for both the nth leading digit as well as the joint distribution of the leading n digits, the latter of which leads to a corollary wherein the significant digits are shown to be a statistically dependent quantity.

It has been shown that this result applies to a wide variety of data sets, including electricity bills, street addresses, stock prices, house prices, population numbers, death rates, lengths of rivers, and physical and mathematical constants.[4] Like other general principles about natural data—for example the fact that many data sets are well approximated by a normal distribution—there are illustrative examples and explanations that cover many of the cases where Benford's law applies, though there are many other cases where Benford's law applies that resist a simple explanation.[5] It tends to be most accurate when values are distributed across multiple orders of magnitude, especially if the process generating the numbers is described by a power law (which is common in nature).

The law is named after physicist Frank Benford, who stated it in 1938 in a paper titled "The Law of Anomalous Numbers",[6] although it had been previously stated by Simon Newcomb in 1881.[7][8]

The law is similar in concept, though not identical in distribution, to Zipf's law.
B