Hunter Biden never provided any substantive service to his foreign patrons. He was widely known to be a spoiled, profligate son of privilege. All Hunter Biden ever peddled to China, Russia and Ukraine was access to his father, then vice president of the U.S. Hunter not only compromised his father but set him up for blackmail.

Now, as president, Joe Biden is in the unenviable position of having to stand up to two enemies -- Russia and China -- who likely have evidence damaging to his presidency. Neither Russia nor China have yet publicly released information damning to Joe Biden. This may be because they want him -- hapless, easily manipulated and cognitively challenged -- right where he is: in the White House. His replacement, Vice President Kamala Harris, could be even more difficult to control.

There already appears to be sufficient evidence against Hunter Biden to convict him of what is likely to be illegal influence peddling -- but what about Joe? Did Joe Biden use his position as vice president to arrange lucrative business deals for his hapless, drug abusing, sex-addicted son? Is our president compromised by his actions on behalf of Hunter and his brother James?

The mainstream media refuses to acknowledge the elephant in the room: Was Joe Biden actually part of Hunter's deals? Is he the "big guy" mentioned in the now infamous email of May 13, 2017, authored by James Gilliar of the international consulting firm J2cR? This email contains a line that may eventually open the Pandora's box of "Bidengate." It reads: "10 held by H for the big guy?" There is little doubt the "H" mentioned in the May 13 email is Hunter and the "10" refers to $10 million. It is difficult to draw any conclusion other than the "big guy" is Joe Biden.
H

It isn't that tough to figure out what is going on.
Why is the FBI hiding the lap top. Why isn't the attorney general and the justice department going after hunter Biden

Because they cannot get to Hunter without getting the President.

President Biden is likely to avoid an audit that could reveal whether he made money from his son Hunter Biden’s overseas business dealings — because the Internal Revenue Service has rejected a whistleblower complaint that alleged he owes at least $127,000 in taxes, The Post has learned.

The IRS allows people to inform on fellow taxpayers and win a slice of the proceeds — prompting Chris Jacobs, a former Republican staffer on Capitol Hill, to submit complaints against Biden and his accountant, though he said he didn’t want any financial reward.

Jacobs shared with The Post a reply from the IRS titled “denial” that explained that the government didn’t use his information.

Tax law expert Bob Willens, who teaches at Columbia University’s business school, said the rejection means Biden is likely to run out a three-year statute of limitations, meaning Republican claims that Biden owes up to $500,000 in taxes are unlikely to be resolved.
H

It's really funny----accusations of Putin being corrupt, while we have a President as corrupt as it gets.

Political Power is a wonderful thing for corrupt leadership.

PREMO Member
Six years, an impeachment trial and a Senate investigation later, a Democrat firm that helped Hunter Biden's Ukrainian gas client has admitted it worked as a foreign agent lobbying the Obama-Biden administration and that its client was the controversial oligarch Nikolai Zlochevsky.

But in the long term — as a criminal investigation against Hunter Biden continues — Blue Star's filing is rekindling questions among Senate investigators about meetings that were not disclosed on the FARA report dated May 12 as well as representations made by the firm's partners, Sally Painter and Karen Tramontano, during testimony in 2020.

In that FARA report, Blue Star admitted that under pressure from the Justice Department it was filing as a foreign agent six years after the fact for some meetings it held in 2016 with the State Department about the corruption cases in Ukraine and Great Britain involving Burisma Holdings and its owner Zlochevsky. 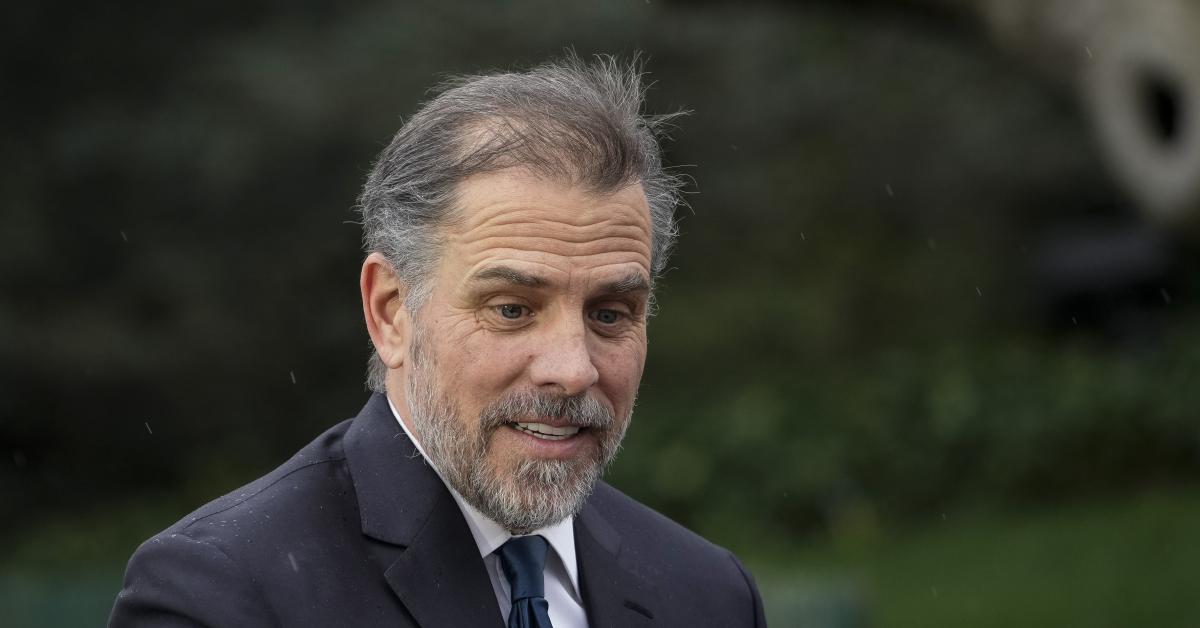 Biden Officials Claimed, Without Evidence, Ukraine Tapes Alluded To By Trump Were ‘Disinformation’​

A longtime State Department employee who helped Joe Biden dismiss as “disinformation” damning tapes of the then-vice president even though he had good reason to believe the the recordings were the real deal landed a plum job in Joe Biden‘s presidential administration.

Michael Carpenter was standing by the future president’s side in 2018 as Biden recounted a similar exchange at a public event. But like Nina Jankowicz, the Democratic operative Biden named to the now-scuttled “Disinformation Governance Board,” Carpenter was there when Biden needed him to help make the embarrassing story go away.

The recordings involving Biden were “a KGB-style disinformation operation tied to pro-Russian forces in Ukraine whose chief aim is to make deceptive noise in the U.S. election campaign to advance the interests of their oligarchic backers, the Kremlin, and the faltering Trump campaign,” Carpenter told the Washington Post prior to the 2020 election.
H

Biden Officials Claimed, Without Evidence, Ukraine Tapes Alluded To By Trump Were ‘Disinformation’​

A longtime State Department employee who helped Joe Biden dismiss as “disinformation” damning tapes of the then-vice president even though he had good reason to believe the the recordings were the real deal landed a plum job in Joe Biden‘s presidential administration.

Michael Carpenter was standing by the future president’s side in 2018 as Biden recounted a similar exchange at a public event. But like Nina Jankowicz, the Democratic operative Biden named to the now-scuttled “Disinformation Governance Board,” Carpenter was there when Biden needed him to help make the embarrassing story go away.

The recordings involving Biden were “a KGB-style disinformation operation tied to pro-Russian forces in Ukraine whose chief aim is to make deceptive noise in the U.S. election campaign to advance the interests of their oligarchic backers, the Kremlin, and the faltering Trump campaign,” Carpenter told the Washington Post prior to the 2020 election.
Click to expand...

He got his payback job. So far she hasn't. She'll still get one.

President Joe Biden has repeatedly denied he knew about his son Hunter’s numerous shady business dealings but a voicemail to his son — discovered by The Daily Mail — puts a lie to his 2019 claim: “I’ve never spoken to my son [Hunter] about his overseas business dealings!”

The voicemail is a veritable smoking gun but ABC, CBS and NBC have yet to report on the latest bombshell development.

On Monday, The Daily Mail revealed the voicemail in their June 27 article: EXCLUSIVE: ‘I think you’re clear’: VOICEMAIL from Joe Biden to Hunter about NY Times report on his Chinese business dealings proves he DID speak to his son about his relationship with criminal dubbed the ‘spy chief of China.’

God Bless America. I Pledge Allegiance to the flag of the United States of America and to the REPUBLIC for which it stands. With liberty and JUSTICE for all.

Justice----Don't make me laugh. We have Schiff lying his ass off we have Hillary and Kerry guilty of Treason and not one Democrat including the Attorney General and the FBI doing anything about it.
H

Biden should be impeached immediately, and if we get Kamala we would just have to deal with it when it came.

Hijinx said:
Biden should be impeached immediately, and if we get Kamala we would just have to deal with it when it came.
Click to expand...

And that's why you pick a nitwit for VP. It's been working for thirty years.

In March, the Energy Department announced that it was releasing 30 million barrels of crude oil out of the U.S. Strategic Petroleum Reserve. The “emergency sale” was conducted to “provide a wartime bridge that will support American consumers and the global economy in response to Vladimir Putin’s war of choice against Ukraine.”

The Energy Department received 126 bids, and the department chose 12 to receive a portion of the offering. One of those 12 companies was Unipec America, Inc. and it was chosen to receive 950,000 barrels of crude oil in the “price-competitive sale.”

While the sale went largely unnoticed at the time, The Washington Free Beacon pointed out on Thursday that Unipec is a branch of the China Petrochemical Corporation, also known as Sinopec and controlled by the Chinese government. The revelation comes after a Wednesday Reuters report revealed that the Biden administration had recently released five million more barrels of crude oil from the strategic reserve to other countries. China received about one million barrels of the latest release.
H

China has been buying cheap oil from Russia. Why do they need ours .? Must be some kind of payback.

herb749 said:
China has been buying cheap oil from Russia. Why do they need ours .? Must be some kind of payback.
Click to expand...

They don't "need" it, but by buying it, they are denying it to the US.
H

I suppose it's a bit like selling steel to the Japanese so they could give it back to us at Pearl Harbor.

When you ignore history you are making a mistake. 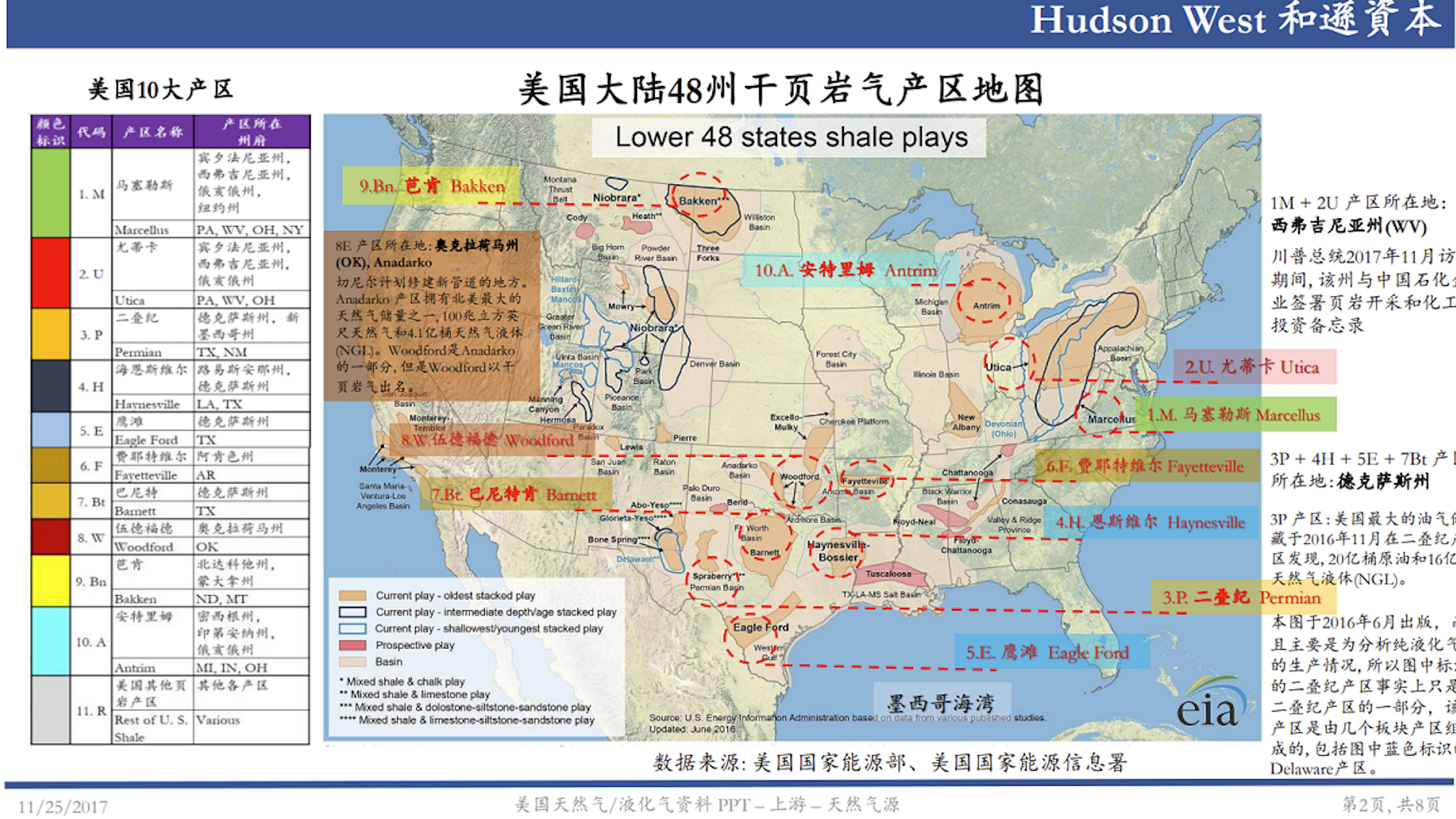 Relatives of President Joe Biden worked to give China “preferential access” to American gas following a Chinese energy magnate’s pledge to lend millions of dollars to the Biden “family,” materials on Hunter Biden’s laptop reviewed by The Daily Wire show.

The shocking bid to transfer American liquid natural gas (LNG) to an adversarial communist nation came in 2017, when Hunter and James Biden — the now-president’s son and brother — and their business partners sought to help build an LNG facility in Louisiana called Monkey Island using Chinese materials, then sell the gas to China. In May of that year, Hunter Biden met with Ye Jianming, the founder of corrupt Chinese energy giant CEFC Energy, who gave Hunter Biden a large diamond, the New York Times reported in 2018.

But prosecutors said the two at one point disclosed to a Project Veritas operative that Ms. Biden had stored more items at the Florida house, and that they returned to the house to steal them at the operative’s request. The two later met with the operative in Florida and gave the additional stolen property to that employee, who shipped it to New York, prosecutors said.

Since the investigation began nearly two years ago, federal investigators have moved aggressively, carrying out court-authorized searches at the homes of two former Project Veritas operatives and of the group’s founder, James O’Keefe.

Prosecutors have obtained a trove of emails that Project Veritas operatives exchanged around the time that it purchased the diary, and they have interviewed several former operatives, including some who left the organization after growing disillusioned with Mr. O’Keefe.

Project Veritas, which has admitted it purchased the diary, has repeatedly said that its actions are protected by the First Amendment and that it believed the diary had been legally obtained. Although the investigation began during the Trump administration, Project Veritas has attacked the investigation as part of a vendetta being carried out by Mr. Biden’s Justice Department.

A few months ago, I reported on the shocking details the diary contained about Ashley and Biden’s relationship.

According to the diary, Ashley wrote that her father and our president took showers with her when she was young girl, fueling her sex-addiction.

Inside a January 2019 diary entry, she wrote “I remember having sex with friends @ a young age; showers w/ my dad.”

When the journal was reported missing, Project Veritas founder James O’ Keefe’s home was raided by police officials, claiming that he had stolen Ashley’s diary.

On Thursday, the journalism organization released a statement about the case saying “a journalist’s lawful receipt of material later alleged to be stolen is routine, commonplace and protected by the First Amendment.”
https://townhall.com/columnists/jos...giveness-plan-n2612274?utm_campaign=inarticle
H