PREMO Member
Ad Free Experience
Patron
2 IS a crowd, Cooper and Buff this morning trying to fit on the Phoenix window seat.

PREMO Member
Ad Free Experience
Patron
After yesterday and today, I think the time has come for Open Doors as long as the people are awake to referee.

Missy has been back and forth between the people bedroom and Fort Fenix without any confrontations today.

As for me, I hate insomnia. 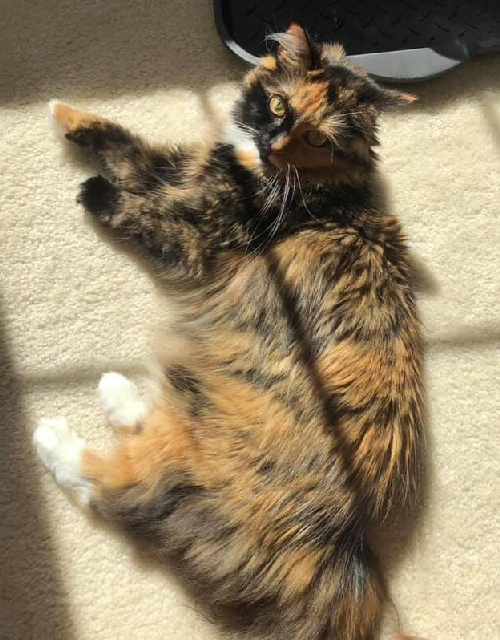 PREMO Member
Ad Free Experience
Patron
Mistress Phoenix has discovered the windowsill over the soaker tub in the master bath. Buff and Cooper chill out there quite a bit. 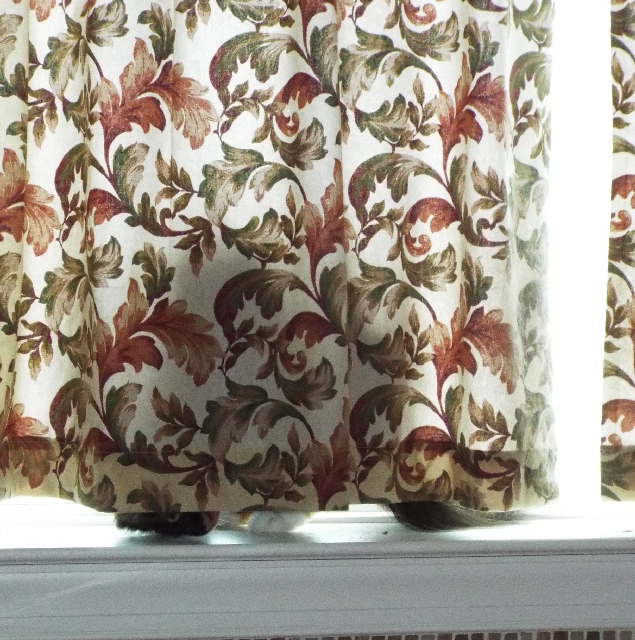 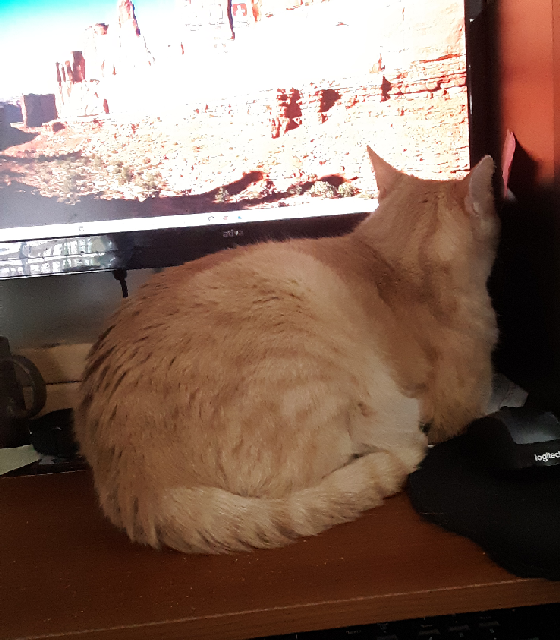 (In my best mom voice) You'll go blind sitting that close to the monitor.

I heard noise of one ruckus and got a laugh.

Phoenix had retreated to atop the desk in the introduction room, and it looked like the boys ran into the door, shutting them in the people bedroom.

She was looking mighty pleased with herself.

PREMO Member
Ad Free Experience
Patron
Another 12 hour Open Door today.
Only ruckus was when I came home from work.

Boys had chased her into Fort Fenix, but instead of under the bed or in the closet, she made it to her blanket covered box by the window.

She recovered quickly after I shooed the boys out. Left her chowing down on some Fancy Feast chicken in gravy.

Doors are still open, but the baby gate that Cooper cannot jump over is blocking the hall.

PREMO Member
Ad Free Experience
Patron
Well, Buff finally caught a bunny, for all of 2 seconds. Luckily, from the lack of bunny fur at the spot, he does not know to use his claws.

Bunny gave out a little war cry, kicked him in the nose and got away just as I arrived. It was a little thing, likely from this year's second litter.
From the way it moved, I do not think he injured it. It looked li.ke the play chases in which he tries to involve Phoenix.

A little blood from a scratch, but I cleaned it and there has been no more bleeding. He is now resting comfortably atop the computer desk.

PREMO Member
Ad Free Experience
Patron
When I went out to light the grill, noticed bunny was looking for Buff. 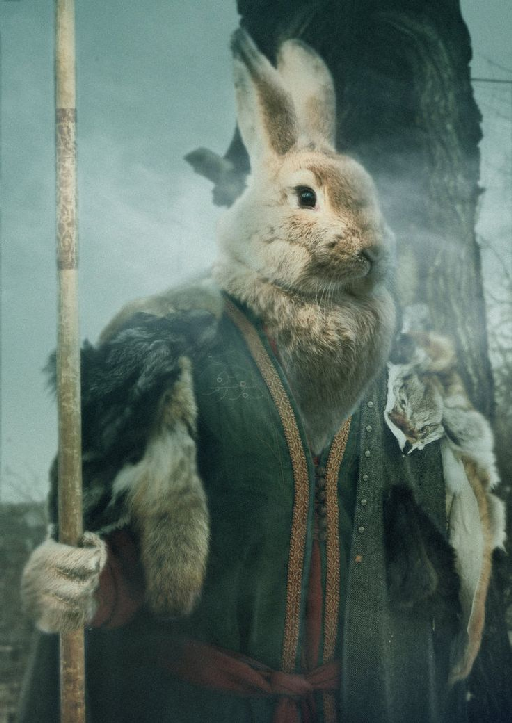 spr1975wshs said:
When I went out to light the grill, noticed bunny was looking for Buff.
View attachment 159223
Click to expand...

Maybe it was the baby bunny’s older brother?
“oh yeah cat, you just wait till my older brother gets home, he’ll whoop yo behind!”

PREMO Member
Ad Free Experience
Patron
Buff had some outside time today and did flush little bun's bigger sibling (this year's 1st litter).
Buff wisely sat next to where bigger bunny was hiding and watch it run for cover under the garden shed.
I think he remembered the kick in the nose and thought, this one will be worse.

We just got a tortie kitten, I would post pics if that scrawny bugger would just hold still for a second! Otherwise it’s just a blur of black orange and maybe white? The kitten hasn’t stopped purring despite all the abuse heaped onto it in my madhouse.
Once the two week quarantine is over, she will be introduced to our old cat. They mew at each other under the door, and the old cat is interested in meeting her, and she hasn’t hissed yet.