Hijinx said:
When Swallwell and Schiff and Nader open their mouths , someone should put a sock in it.
A dirty one.
Click to expand...

The one he uses to wipe his chin?

Rep. Eric Swalwell smears Richard Grenell claiming he hung out with Nazis and HOOBOY was that ever dumb​

Kyle said:
The one he uses to wipe his chin?
Click to expand...

I think I still have my 50 year old "cruise sock" he can have. Never been washed.

Jeremy Boering, Daily Wire Co-Founder and Co-CEO: “He either doesn’t believe this, or he does.”

Byron Donalds, Florida Congressman: “You are such a fool. What is wrong with you! More gaslighting from the radical left!!”

Harrison Fields, Director of Communications for Rep. Donalds: “According to @RepSwalwell, Republicans want to ban interracial marriage. Welp, as a Black and Latino Republican, I wouldn’t have proposed to my WHITE fiancé if this were true. Stop gaslighting, and don’t you worry—you’ll still be able to marry Fang Fang.”

Ximena Barreto, External Affairs Director for Senator Rand Paul: “As a mom of a mixed child, this is the reason the GOP is gaining minority support, Eric. Per a wsj poll. By 9% points, Hispanics said they would vote GOP. Democratic margins deteriorated among Blacks, who favored a Democrat for Congress by 35 points, down from 56 points last yr.”

Swalwell Unintentionally Shares a Frightening Glimpse of the 'Democrats' Message'​

What’s the Democrats’ message? I hear this all the time. Simple.
We are the party of freedom.
Freedom to make your own health care choices.
Freedom from your fear of gun violence.
Freedom to have your vote counted.
Our message is our values.
Freedom for all.
Click to expand...

I doubt I’m alone in this, but after reading that, all I could think of was George Orwell’s “1984.” Every single item on the Democrat checklist involves depending on the government to give you that “freedom” — which isn’t any definition of freedom I or anyone I know is familiar with.

Here’s what the Democrats are really saying:

The government will give you back your “right” to an abortion or hormone blockers or whatever else you want.

The goverment will take away or curtail the constitutually affirmed right to keep and bear arms for some of your fellow Americans, so that you can have the illusion of “safety.”

The government will make it easier for Democratic candidate to commit election fraud, so you will feel you have no choice but to vote for them.

Then again, when you see a Democrat like Swalwell using the word “freedom,” you might be reminded of a certain quote from Inigo Montoya in “The Princess Bride.”

As I understand it this child was impregnated by her mother's illegal immigrant boyfriend and the mother is also an illegal, The Doctor lied in her report saying it was a 17 year old father when it was really a 37 year old, and she falsified her report.

Is this info right or wrong.?

I have never been to California.
Once I wanted to go there for a vacation, but no longer.

I know nothing about Eric Swalwell's District except that it is somewhere near San Francisco.
The people who live there must have sht for brains.

Awful, right? You’d think he’d be reporting this to the police, not putting his campaign logo on it and putting it on Twitter, if it was real, right? Like, why give this person any sort of notoriety? Call the cops, give them the message, don’t put your logo on it and protect your family.

But we suppose the sweet Twitter cred was more important.

Oh, and that other message? Listen closely … sound familiar?

Man, this one very specific southerner really has it in for Eric. Almost like he's playing a character ...

Eric Swalwell blasted for suggesting ‘separation of church and state is in the Bill of Rights:’ ‘You dope’​

"We have a responsibility to make sure that the students that come out of our school system understand what it means to be an American. They need to understand that our rights come from God, not from the government," DeSantis said.

Swalwell attacked DeSantis’ speech, asserting that the Bill of Rights protects the "separation of church and state," a phrase not found in the U.S. Constitution.

"It’s not like separation of church & state is in the Bill of Rights or anything…" Swalwell tweeted sarcastically in response to a clip of DeSantis' speech posted by The Hill.

While this could be true, given it’s from Swalwell, it’s fair to question it — he’s not a trustworthy source. Not to mention that no one on the right refers to a rifle as an “assault rifle.” That’s an almost exclusively left-wing/media term. So I tend to doubt this threat.

But what does he do? Not call for calm, but he blames “Trump & McCarthy” — inciting people against them — and then says “Bloodshed is coming.” There, of course, is no evidence at all that either President Donald Trump or House Minority Leader Kevin McCarthy had anything to do with this alleged threat. Heck, there isn’t even any evidence the threat is real.

Had this been said by a Republican, it would be getting 24/7 coverage and he would be accused of making a threat by saying that bloodshed was coming. Now, I don’t know that that’s a threat, but I do know that he’s falsely inciting against Trump and McCarthy.

Democrats need to stop this now. I keep saying this, and I know they won’t. But they’re going to go in on all this and it’s going to get worse. We’ve seen them do this before with Rep. Maxine Waters (D-CA) and how they attacked Republicans over healthcare. It was the healthcare lies that the Bernie bro was shouting about as he fired on the GOP at the baseball practice, injuring several people and almost killing Rep. Steve Scalise (R-LA). They keep doing it because they’ve never had any consequences for what they’ve done in the past. Will Democrats disavow such inciting? Of course not, it’s built into their approach. 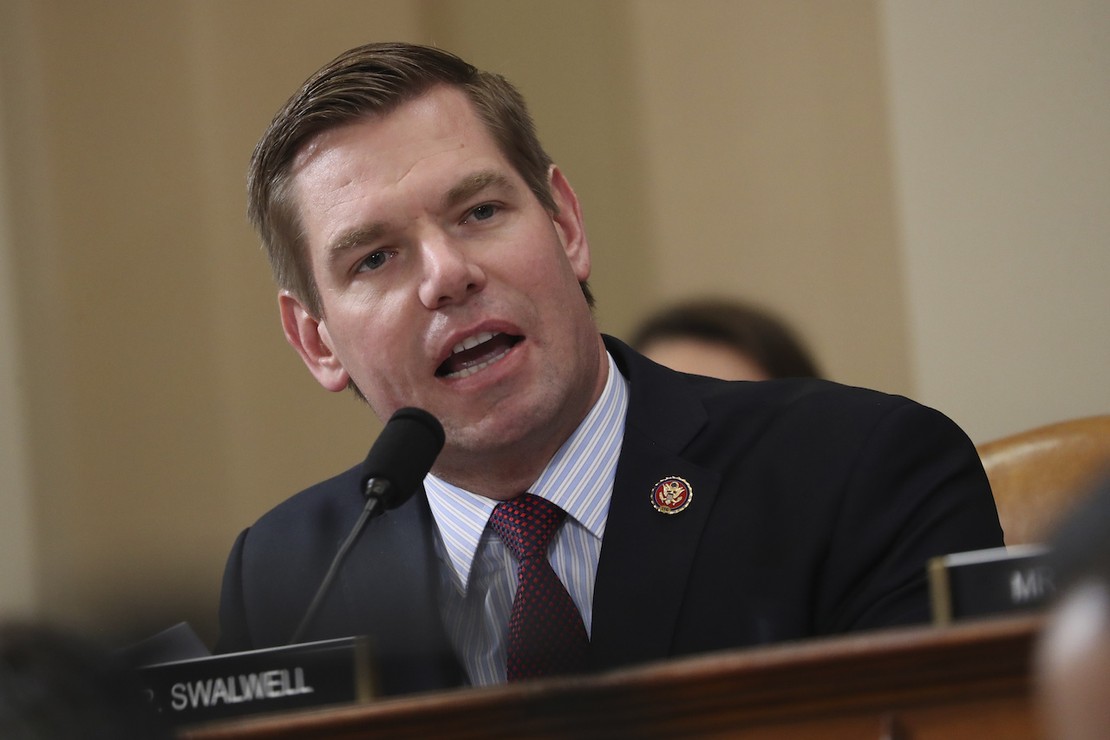 Swalwell Tells a Dubious Story, Then Says 'Bloodshed Is Coming'

PREMO Member
Most likely another Hoax.

Eric must be feeling lonely lately.

Kyle said:
Most likely another Hoax.
Click to expand...

Some leftist called in the threat