I thought I’m pretty versed in getting through BS, but here my eyes glazed over after the second line.
Can anyone understand what this (lady?) person is blabbering about? Does she herself understand?
What scares me is out there, somewhere, is someone to whom this actually makes sense.

GURPS said:
The is NO inappropriate Touching In Islam ...... women have no rights
Click to expand...

GURPS said:
The is NO inappropriate Touching In Islam ...... women and children have no rights
Click to expand...

GURPS said:
The is NO inappropriate Touching In Islam ...... women and children and goats have no rights
Click to expand...

"Male-coded"? What does that mean?

It's important to mention that Klein walked back his remarks immediately, though he then went on to once more call for violence, even laughing and joking about it.


The clip in question still ends on a concerning note, before once more heading into "technical difficulties," as Ethan continues to laugh and joke about calls to violence. After hearing a suggestion of "let's kill them with kindness," he goes on to say "let's kill everyone in that f*cking building," as his wife nervously laughs and begs to end the show, with her husband once more calling for "let's bomb that f*cking..." before being cut off. This time, his expletive is bleeped out.


Sounds like an incitement to violence and a terroristic threats

Before security had to pull Hernandez away from the senator, he can be heard saying "We can make it harder for people to get guns in this country. You know that. You know that, but you stand here. You stand at the NRA convention... It is harder, it is harder when there are more guns to stop gun violence." Two masks AND a face shield? Alrighty then.

A nurse who tweeted about her desire to deny medications for conservative, white males in response to the overturning of Roe v. Wade has since resigned from her position following online criticisms.

"I prescribe meds.. I can also choose not to prescribe them. So... from now on.. if you are a white male who votes conservative, your penis needs to ask God for the power to rise. No more Viagra," user @shawnalynn_75 tweeted on Friday.

The user, who has since deleted their account, worked at the Sarah Bush Lincoln Health Center, which is located in Coles County, Illinois. Following public outcry, the health center released a statement condemning the post and said they would look into the matter.
Last edited: Jun 30, 2022
H

There are a lot of sick people in America.
Sick and stupid is a tough way to go through life.
But she will be back at work somewhere before long.
Still sick and stupid.

Zender said the worst part of Tuesday morning's incident was when the suspect allegedly attacked one of the church's employees.

"The individual lunged toward him, tried to hit him with a rock, and he was able to dodge that rock and then he lunged toward him and spray painted him on the right side of his face, in his ear and on his shirt," said Zender.

The employee wasn't injured, and police said they arrested the suspect a few blocks away just moments after the employee called 911. Zender understands tensions are high within our country, especially after the Supreme Court's recent decision regarding abortion rights, but hopes people will use this time to come together and to avoid division that can lead to violence.

"We just need to be as compassionate and understanding as we can toward people who feel anger about these things and also make sure that people and property are protected," said Zender.

According to the Bellevue Police Department, there have already been six hate crimes in Bellevue this year. A spokesperson with the department said there were 11 all of last year.

Climate activists slash dozens of SUV tires in NYC, say 'major cities' across US to be hit next​

On Tuesday, the Tyre extinguishers celebrated "disarming" 40 SUVs in New York City's Upper East Side neighborhood. Participants of the action left flyers on each of the vehicles asking its owner not to "take it personally."

"We did this because driving around urban areas in your massive vehicle has huge consequences for others," the pamphlet said.

"The world is facing a climate emergency," it added. "We're taking actions into our own hands because our governments and politicians will not."

The group noted that it would slash tires of electric and hybrid vehicles as well since they also have a carbon footprint.

"On June 28, 2022 at 12:20am in front of 146 East 65 Street there is a report on file in the 19th Precinct for criminal tampering," a New York Police Department spokesperson told Fox News Digital in an email. "A 49-year-old male victim states upon returning to his vehicles he discovered one tire to each of his vehicles had been deflated."

Don't these idiots realize all vehicles have a carbon foot print 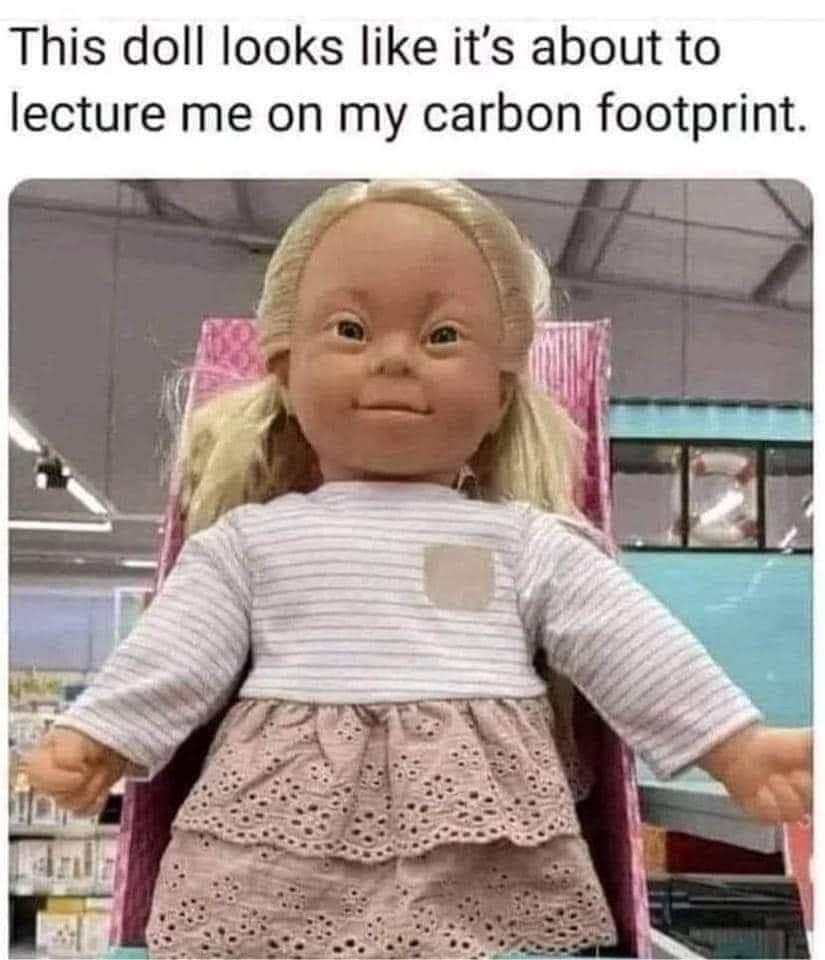 Perhaps there was nothing that exemplified that more than the small group of protesters who parked themselves outside the event, screaming at the attendees. Now, what’s funny is they think they’re succeeding in shutting down the event or blocking one of the speakers, Drew Hernandez; yet, they’re trying to call the conservative summit “fascist.” It’s these folks, who want to shut down speech other than their own, who are fascists. One of them who let loose just was completely unhinged, shouting “Stand up, fight back” at Hernandez.

But that’s the left all wrapped up in that one person: brooking nothing which challenges their world view; everything else must be screamed at. They can’t tolerate it, because everything offends them.

Hernandez dubs the first woman a “real-life NPC.” NPC comes from the gaming world, meaning a non-player character or in this case, someone who is unable to think objectively, and who speaks in a cult-like manner.

I don’t believe we have covered the story of Cayler Ellingson, the 18-year-old North Dakota boy who was murdered by 41-year-old Shannon Brandt. Why did the murder happen? Brandt says he ran Ellingson down with his car following a “political argument” because he thought Ellingson was part of a “Republican extremist group.”

Where might he have gotten that idea? From the President of the United States. So far no details of whatever conversation Ellingson might have had with the much-older Brandt are known, but apparently it didn’t take much for Brandt to conclude that he was dealing with a “Republican extremist.” Not surprisingly, local authorities say there is no evidence of Ellingson being any sort of extremist. He was attending a street dance prior to his fatal encounter with Brandt.

The story has engendered several types of fallout. PJ Media notes that the Associated Press covered the story of the murder, but left out the key detail:

“A driver charged with fatally striking a teenager in North Dakota allegedly told investigators he purposely hit the teen with his SUV after they had a political argument, according to court documents.”
Can you find the missing piece of data? I’ll let you read it again if you must, but pay attention to the words “political argument.” And of course, we know that Brandt told police he ran Cayler down because he was a “Republican extremist.”
But the Associated Press, which, it should be noted, feeds newsrooms across the nation, decided to omit the fact that Cayler was murdered by Brandt for allegedly being a Republican.
Click to expand...