What are you handing out to trick or treaters?

Bann said:
Borrowed from a friend of a friend on FB:

"Halloween Rain Update, borrowed from another page...
“Rain on Halloween will not kill your child. Most children will still be delighted to strut in their costumes and fill their buckets with candy. Will it be cold and wet and annoying, yes! Is it going to be super annoying if it’s pouring rain, of course! What would your mom have done on October 31st, 1984? She would have either trailed behind you in the station wagon to stay dry (while possibly smoking with the windows rolled up and sipping on a wine cooler) while you trick-or-treated in the rain, or you would have headed out together with umbrellas. Or, if you had an 80’s version of a Pinterest mom she would have made a poncho out of a garbage bag, threw it over your costume and sent you on your way. Tomorrow I’ll pull on my rain boots, grab an umbrella and mix myself a nice cocktail and slosh around the neighborhood with my kids. Once they are soaked to the bone we will go home and then I will eat all their KitKats and Snickers. They will have fun. I will get chocolate. So listen Karen, please stop asking the city to reschedule Trick-or-Treating and parent like it’s the 80’s for just one night. Happy Halloween!

A cocktail? I would need a 2 gallon bucket full to go around some of these kids.

Reminds me of how I took my kids trick or treating!!!!

A copy of the Bills of Rights, that includes the preamble to the Bill of Rights.
PREAMBLE TO THE BILL OF RIGHTS
Congress of the United States
begun and held at the City of New-York, on Wednesday the fourth of March, one thousand seven hundred and eighty nine.
THE Conventions of a number of the States, having at the time of their adopting the Constitution, expressed a desire, in order to prevent misconstruction or abuse of its powers, that further declaratory and restrictive clauses should be added: And as extending the ground of public confidence in the Government, will best ensure the beneficent ends of its institution.
RESOLVED by the Senate and House of Representatives of the United States of America, in Congress assembled, two thirds of both Houses concurring, that the following Articles be proposed to the Legislatures of the several States, as amendments to the Constitution of the United States, all, or any of which Articles, when ratified by three fourths of the said Legislatures, to be valid to all intents and purposes, as part of the said Constitution; viz.
ARTICLES in addition to, and Amendment of the Constitution of the United States of America, proposed by Congress, and ratified by the Legislatures of the several States, pursuant to the fifth Article of the original Constitution. 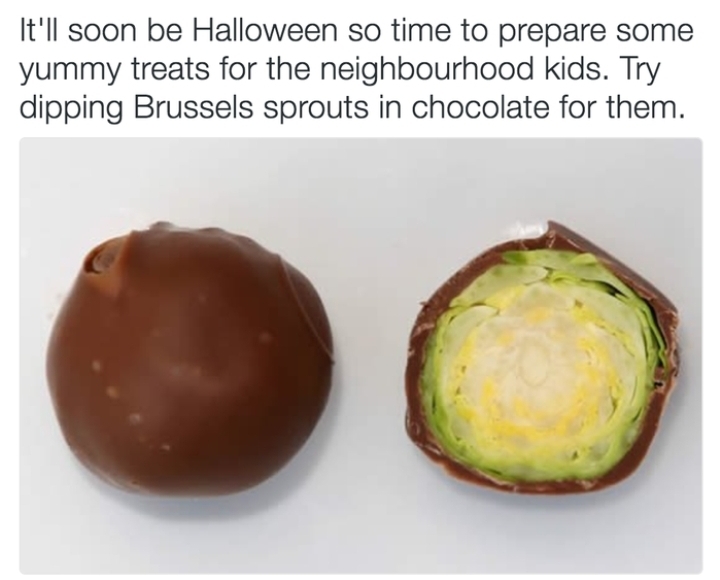 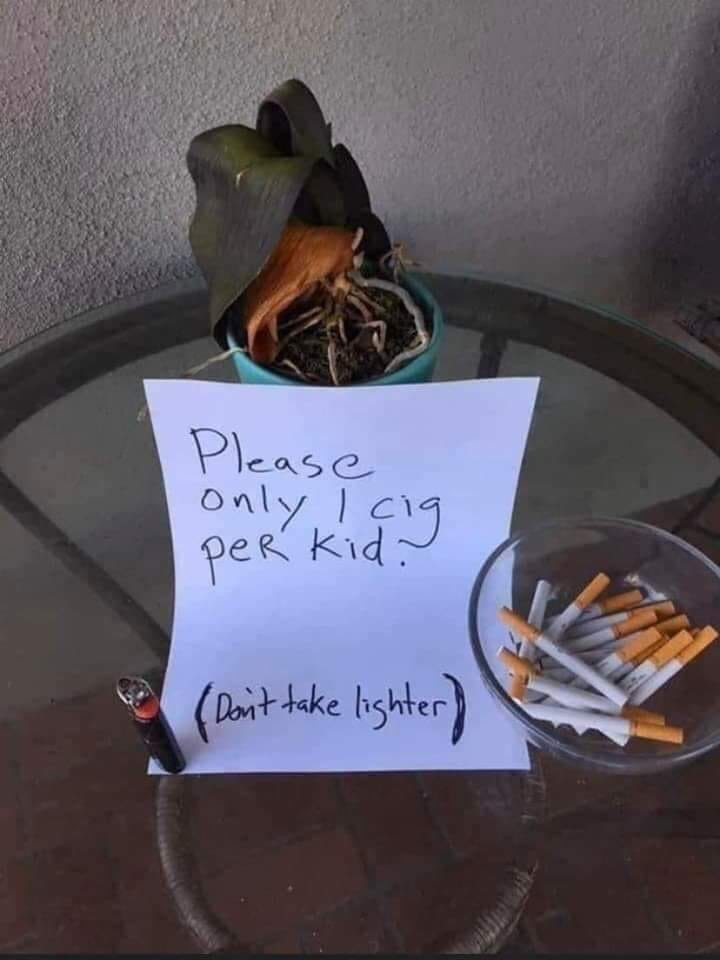 Damn kids keep putting their cigs out in it.

PREMO Member
How it should look... 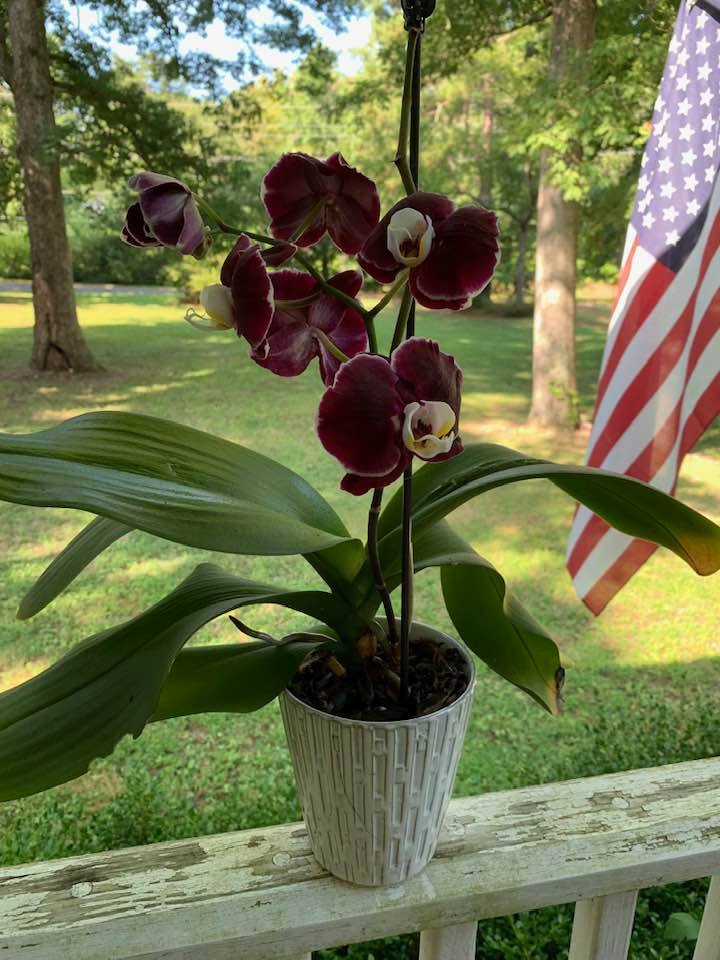 RoseRed said:
How it should look...

I would rather have a dead orchids than porch railing that need wire brushing and paint.....
I gave a bag to the neighbor to give out tonight, I'm heading to Vegas for the weekend...

black dog said:
I would rather have a dead orchids than porch railing that need wire brushing and paint.....
I gave a bag to the neighbor to give out tonight, I'm heading to Vegas for the weekend...
Click to expand...

It as been completely re-done since that picture was taken. It looks awesome now.

RoseRed said:
It as been completely re-done since that picture was taken. It looks awesome now.
Click to expand...

We're doing a halloween safe stop at the clubhouse this evening. Usually we a community kids halloween party but had scheduling conflicts this year so that got canned. A lot easier to the safe stop and we usually give out a bunch of sour patch kids, airheads, tootsie pops, smarties twix etc., standard fare. 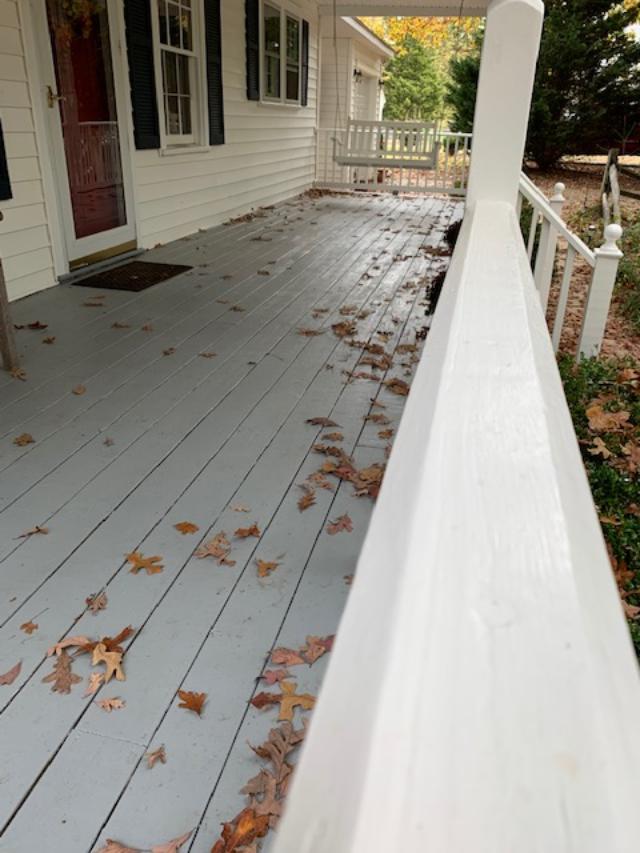 Look at all the leaves. Wheres the Halloween decor?

PREMO Member
Patron
I picked up KitKats, Milky Ways, and snack bags of chips in case the kids in this RV park come begging. If they don't, Monello will have goodies.
K 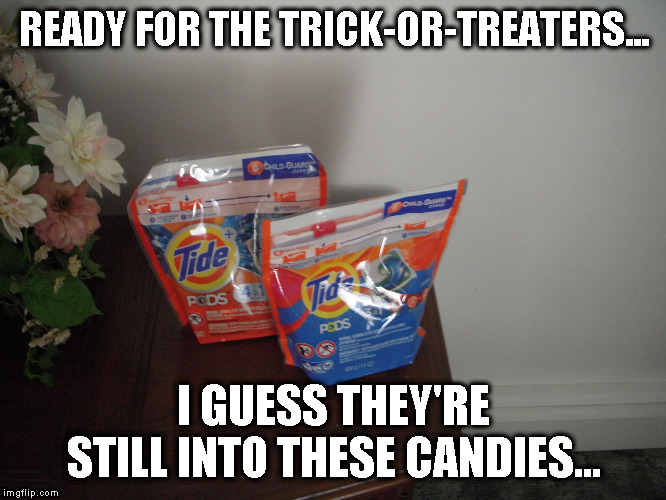 Look at all the leaves. Wheres the Halloween decor?

The leaves are the décor! There are mums and pumpkins, you just can't see them.

I love your porch - it's so pretty!

SailorGirl said:
I love your porch - it's so pretty!
Click to expand...