Brings dead girlfriend to hospital then cops find contraband in his apartment.


Per the complaint, Kelly had already threatened to knock out an employee at the bar after his music choice was skipped on the jukebox.

Kelly then resisted arrest, arguing with officers, and an officer punched Kelly in the face multiple times during the struggle, according to the complaint.
Click to expand...

I'll be jobless for Christmas

PREMO Member
The Ohio penal football team is likely to get a lot better in the coming months. In the unlikely event they are acquitted, they can remake the movie dumber & dumber.

All thugs are innocent until the verdict.

Riep and Wint were booked into jail early Wednesday after warrants had been issued for them. They were charged with first-degree felonies Tuesday

Wint allegedly grabbed the woman by her neck and raped her, she said in the affidavit. Riep held the woman down with his body while Wint forced oral sex, the affidavit stated. The woman pushed Wint away, according to the affidavit, but he again forced her to have oral sex.
Click to expand... 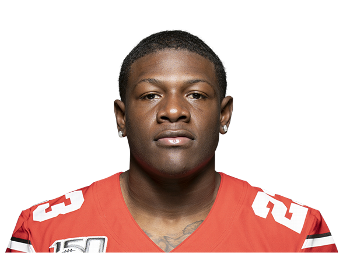 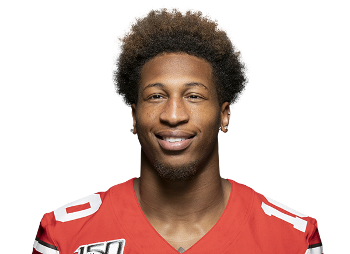 talk about being a team player

Monello said:
The Ohio penal football team is likely to get a lot better in the coming months. In the unlikely event they are acquitted, they can remake the movie dumber & dumber.

All thugs are innocent until the verdict.

talk about being a team player
Click to expand...

Isn’t this what Lt. Governor Fairfax, (Va.) is alleged to have done?
Black democratic privilege?

GregV814 said:
Isn’t this what Lt. Governor Fairfax, (Va.) is alleged to have done?
Black democratic privilege?
Click to expand...

These 2 thugs tag teamed Becky. I think Justin does this sort of thing by himself. Not totally by himself. But when he does take liberties with the female persuasion, it's just him and Becky in the room or back seat.

The University of Nebraska expelled two former football players after a school investigator last year found them responsible for violating the school's sexual misconduct policy, according to a document obtained by ESPN. A university spokeswoman confirmed Monday that the players involved were redshirt freshmen Katerian LeGrone and Andre Hunt.

The university investigation found evidence to support that Hunt touched and digitally penetrated a female student and made her have oral sex without her consent and that both men had sex with her without her consent, according to the report. The report states that the woman provided text messages with others, sent immediately following the actions, in which she alleged that she had been raped.
Click to expand... 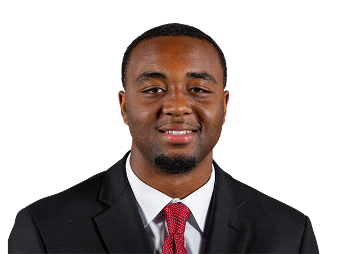 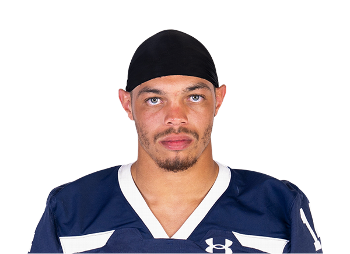 PREMO Member
Teshaun Hightower - accused of murder. Murder at 11AM. Surprised they were up that early. I guess the only team drafting him will be State Pen. 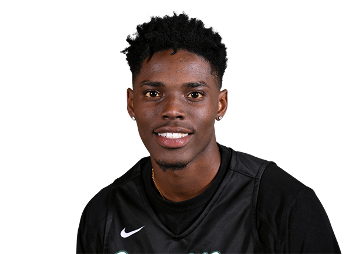 Tulane basketball player Teshaun Hightower was arrested Saturday and charged with murder in connection with a homicide in Stockbridge, Georgia, earlier this month.

Hightower, the Green Wave's leading scorer in the 2019-20 season, was being held in the Henry County Jail without bail on Sunday. He is charged with felony murder, aggravated assault, possession of a firearm during the commission of a felony, and battery.

Police incident report indicated the shooting occurred at an apartment complex just before 11 a.m. ET on April 8. Devante Anthony Long was shot and later died at a hospital. He was 24.
Click to expand...

Correct me if I’m wrong, but am I seeing a common thread here???

Why, yes I do! College men who vote Democrat!!

PREMO Member
Ex Redskin Dunbar in hot water. Who vets these thugs for the NFL? SAMCRO?

Want to bet the witnesses suddenly catch that memory affliction that Joe Biden has?

New York Giants cornerback Deandre Baker and Seattle Seahawks cornerback Quinton Dunbar face arrest warrants in Miramar, Florida for multiple counts of armed robbery with a firearm—a charge that carries a maximum sentence of life in prison. The two also face charges for aggravated assault with a firearm, a conviction for which carries a possible five-year prison term.

Baker and Dunbar are accused of partaking in a brazen, multi-person robbery at a party in Miramar on Wednesday night. According to an affidavit filed by a Miramar detective in Broward County Circuit Court, problems at the party surfaced when Baker was seen with a gun in his hand and “pointing it at one of the attendees.”
Click to expand...

Monello said:
Ex Redskin Dunbar in hot water. Who vets these thugs for the NFL? SAMCRO?

Want to bet the witnesses suddenly catch that memory affliction that Joe Biden has?
Click to expand...

Few years ago, I believe you would be right but with everybody having a camera nowadays, I'm sure some fool recorded and posted it all on social media already.

PREMO Member
NFLers seem to be on a law breaking bender recently.

Buffalo Bills defensive lineman Ed Oliver was arrested Saturday night in his hometown of Houston on charges of driving while intoxicated and unlawfully carrying a weapon.

Oliver is being held at Montgomery County Jail after being pulled over on State Highway 242.

The officer who administered the test noted that Oliver may have been impaired by something other than alcohol, and police discovered a pistol in Oliver's vehicle, according to the report.
Click to expand...

a drunk with a gun, what could possibly go wrong?

PREMO Member
Now the Redskins are getting in on the recent NFL crime spree. Hard for your lawyer to get you off with no jail time when someone gets shot.

a witness said they heard arguing and what sounded like gunshots inside the apartment. One person was identified as having minor, non-gunshot injuries.

Latimer, 27, was taken into custody and sent to the Douglas County Detention Facility. He has been booked on felony charges of assault in the second degree, menacing and illegal discharge of a firearm and misdemeanor charges of prohibited use of a weapon and reckless endangerment
Click to expand...

PREMO Member
This guy is perpetually showing up in the crime blotter. He must still have his speed because Darwin should have caught up to him by now.

I don't think the Chargers ever recovered from drafting this knucklehead.

He was the No. 2 overall draft pick of the San Diego Chargers in 1998 but had just a four-year NFL career before his personal life fell apart.

Leaf dealt with drug addiction and spent two years in prison after being arrested in 2012 for breaking into a home in his native Montana to steal prescription drugs and for violating a probation order out of Texas.

After his release, Leaf worked to recover and built a new career in sportscasting.
Click to expand...

have you hit rock bottom yet?

PREMO Member
Looks like Ryan Leaf is our first person with dual entries in this thread. His mom must be so proud.

Leaf gets 5 yrs in the pokie.

Monello said:
This guy is perpetually showing up in the crime blotter. He must still have his speed because Darwin should have caught up to him by now.

I don't think the Chargers ever recovered from drafting this knucklehead.

have you hit rock bottom yet?
Click to expand...

Former Tampa HS standout, Fl Gator receiver, 2002 second round pick of San Diego Chargers and six year NFL player shot dead in front yard. Good article on his athletic accomplishments, but he just could not get the 'hood out of his blood after he retired.

Athens-Clarke County Police responded to a rape call on Saturday at 1:17 a.m. The incident took place at 150 W. Broad Street, the address for the Georgia Heights apartments in downtown Athens, Georgia. Rambo’s address is listed in that complex.

PREMO Member
Pro soccer player pleads guilty to sex with underage girl. I was surprised it was a guy. I thought only girls played soccer. Who knew?

Former Arsenal winger Tyrell Robinson, 22, pleaded guilty Tuesday to engaging in sexual activity with a child, as well as making and distributing an indecent image of a child,
Click to expand...

PREMO Member
Jarron is on the jawrong side of the law.

Pittsburgh Steelers offensive lineman Jarron Jones was arrested on Saturday, Oct. 3 after a physical altercation with his girlfriend,

The woman claimed Jones strangled her, hit her in the face, smashed his Xbox console over her face, picked her up and threw her outside, according to the complaint. She reported to police that she lost consciousness during the incident.
Click to expand...

Pow, right in the kisser
L

PREMO Member
But if Kaepernick get his way none of his people will be in jail or arrested!

“By abolishing policing and prisons, not only can we eliminate white supremacist establishments, but we can create space for budgets to be reinvested directly into communities to address mental health needs, homelessness and houselessness, access to education, and job creation as well as community-based methods of accountability,” he added.
You must log in or register to reply here.
Share:
Facebook Twitter Reddit Pinterest Tumblr WhatsApp Email Link
Top