Joe Mixon mixing it up with the girls. He'd probably run from a confrontation with a dude. Innocent until proven guilty. He's claiming self defense. 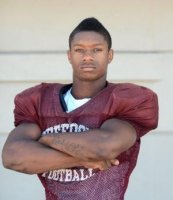 Oklahoma freshman running back Joe Mixon has been suspended from all activities with the football team for the entire season, the university announced Monday.

Mixon was charged Friday with misdemeanor assault stemming from an alleged incident in which he was accused of punching a woman in the face.

USC senior cornerback Josh Shaw has admitted to lying about how he suffered his ankle injuries last weekend and has been suspended indefinitely.

witnesses told police an individual matching Shaw's description was seen jumping off of a three-story balcony at the Orsini Apartments near USC's campus where Shaw's girlfriend lives.

Donald Etra, Shaw's lawyer, said on Wednesday night Shaw's injury was suffered while falling off the balcony at the Orsini Apartments on Saturday night.

"My understanding is that there is nothing criminal about this whatsoever," Etra told ESPNLA. "There is no criminal activity whatsoever."

Etra said he was hired by Shaw on Wednesday to give him advice. When asked why Shaw would need a criminal defense lawyer, Etra said, "Intelligent people hire lawyers."
Click to expand...

PREMO Member
3am beat down

He served up a not so happy meal. Knuckle sammich. Have it your way, Ray.

McDonald, 29, was taken into custody early Sunday after officers responded to a call at 2:48 a.m. PT.

Monello said:
He served up a not so happy meal. Knuckle sammich. Have it your way, Ray.
Click to expand...

It is called money. Celebrities, such as Hollywood, sports, politicians, etc. know their money will get them off. The worst example I saw was that underage kid in Texas that killed people in a DUI because his parents were uber rich, and he was sent to some uber rich rehab, instead of jail. I am waiting to see him in the news again. A knuckle sammich is too good for these people. I hope we are seeing a change, now, in how they are handled by the judiciary system. Money is not privilege. Period.

mamatutu said:
Money is not privilege. Period.
Click to expand...

Legally changed his name to War Machine. He should change it 1 more time, change it to Dumbazz.

Jonathan Koppenhaver, appeared in a Las Vegas courtroom on Wednesday, where he was advised of 32 total felony charges against him. Koppenhaver, 32, faces charges of attempted murder, domestic battery by strangulation, first-degree kidnapping and sexual assault, stemming from an alleged incident involving his ex-girlfriend and adult film actress Christy Mack on Aug. 8 at Mack's Las Vegas residence. The professional mixed martial artist faces the possibility of life in prison.
Click to expand...

FireBrand said:
Give a thug a million dollars and what do you get...


A thug with a million dollars.
Click to expand...

well, the old saying goes, "aint no use in being one if ya cant act like one......" atheletes that is

Leaf gets 5 yrs in the pokie.

Former NFL quarterback Ryan Leaf has been sentenced to five years in prison in Texas for violating terms of his probation. Leaf violated his Texas probation when he ran afoul with the law in Montana for breaking into a home to steal prescription drugs. He pleaded guilty for felony burglary and criminal possession of a dangerous drug in 2012.
Click to expand...

That's absurd. How many pro athletes DIDN'T hit their girlfriend yesterday? Or the day before? Or ever? And never will? Or steal drugs. Or get popped for public intox. Or any other criminal behavior?

PREMO Member
He should have stuck with the bong

Michael Phelps was reportedly arrested Tuesday morning for driving under the influence near the Fort McHenry Tunnel.
Click to expand...

1 of the accused is from Southern Maryland 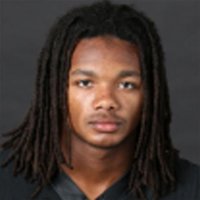 Brandon Banks has turned himself into police, the fourth and final former Vanderbilt player arrested after being indicted on five counts of aggravated rape and two counts of aggravated sexual battery involving an unconscious student at a campus dormitory in June.
Click to expand...

Hmmm.... assuming that all of Monello's posts were taken randomly.....

SG_Player1974 said:
Hmmm.... assuming that all of Monello's posts were taken randomly.....

Why would you throw up a comment on something so readily provable as not only false but, not even close?

SG_Player1974 said:
Hmmm.... assuming that all of Monello's posts were taken randomly.....

More or less random. I post when I see the story. But Mike Phelps, Ryan Leaf and War Machine also made the cut. Don't do the crime if you can't do the time.

Drinking, driving and road rage is never a good combination.

The toxicology report shows former Tennessee Titans kicker Rob Bironas had a blood alcohol content more than twice the legal limit for driving in Tennessee when he died in a one-vehicle crash.

Testing released Friday by the Davidson County Medical Examiner's Office shows Bironas had a blood alcohol level of 0.218 percent. Tennessee's limit for driving under the influence is 0.08 percent. The toxicology report also says a low level of diazepam, or Valium, was detected, but at a level so low it would have a "negligible effect," according to a news release.

The autopsy shows Bironas, 36, died of blunt force trauma after his SUV went off the road and crashed into a line of trees. According to people involved in the incidents, Bironas allegedly was involved in two separate cases of road rage the night of the crash.
Click to expand...

Schools need to do a better job vetting players. I hope, if guilty, the girl and her family get justice.

Florida Gators freshman backup quarterback Treon Harris is under investigation after he was accused of sexually assaulting a female student on campus early Sunday morning, the school announced Monday.
Click to expand...

PREMO Member
$100 bond, must be a dolphin discount.

Smile for the camera

The Dolphins cited Shelby for "conduct detrimental to the team." Shelby was touching women without their permission early Saturday. Shelby appeared intoxicated, was ordered to leave several times by an officer and refused -- asking, "What are you going to do?" -- the report said.

When officers tried to place Shelby in custody, he pushed away and took an aggressive fighting stance. He was placed on the ground and continued to resist, and officers used a Taser three times before he was subdued.

He was released from jail on a $100 bond, and [SHOCKER ALERT] his attorney said Shelby is innocent.
Click to expand...

PREMO Member
Univ of Fla teammates duking it out

Mornhinweg told police the fight was over his cleats, which he said were located by the team's staff in Willis' locker. The QB sustained "small lacerations on his lower lip," according to the police report, and was taken to Shands emergency room for treatment.
Click to expand...

Thou shall not steal

Seems to be a lot of them getting accused of rape this year. No means No.

Kentucky freshman defensive end Lloyd Tubman has been suspended indefinitely from the Wildcats' football team after being charged with rape.
Click to expand... 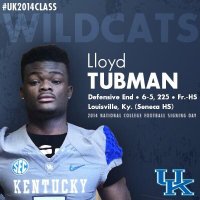 Monello said:
Seems to be a lot of them getting accused of rape this year. No means No.