Think I read the first three. Long enough ago that when we started watching, I was like "Hmmm, this seems familiar..........." Stopped because number three was the latest one out and never went back to find the rest after that

glhs837 said:
Glad we got that cleared up Thought it was a good episode last night.
Click to expand...

I guess that you have to develop the story lines, but I thought that they'd start killing off characters from the get go.

The library had Season 1 on DVD, so I borrowed it last year. After watching all of S1, I really had no desire to see anymore. In my opinion, the best parts were the sex scenes.

Axe to the face guy doesn't really count, he's like those hundreds of guys the "killed" in the battle of the bastards, more background scenery than real characters. The Umber kid though was original though, especially how he woke up.
J

The look exchanged between Jaime and Bran at the end of episode 1...

the memes are priceless.

Jaime to Bran : Need a push?

Bran: No, could you use a hand?

Did anyone else see the news article on the last GoT? Apparently someone left a disposable coffee cup on the dining table in front of the queen and it made airing. Internet is blowing up....

GWguy said:
Did anyone else see the news article on the last GoT? Apparently someone left a disposable coffee cup on the dining table in front of the queen and it made airing. Internet is blowing up....
Click to expand...

Internet needs to calm down. as someone who works in the visual arts field (with a lot of non-artsy people, mind you), mistakes happen the most when I'm rushed and overloaded. And people just loveeee to point them out.

PREMO Member
My son just sent me this 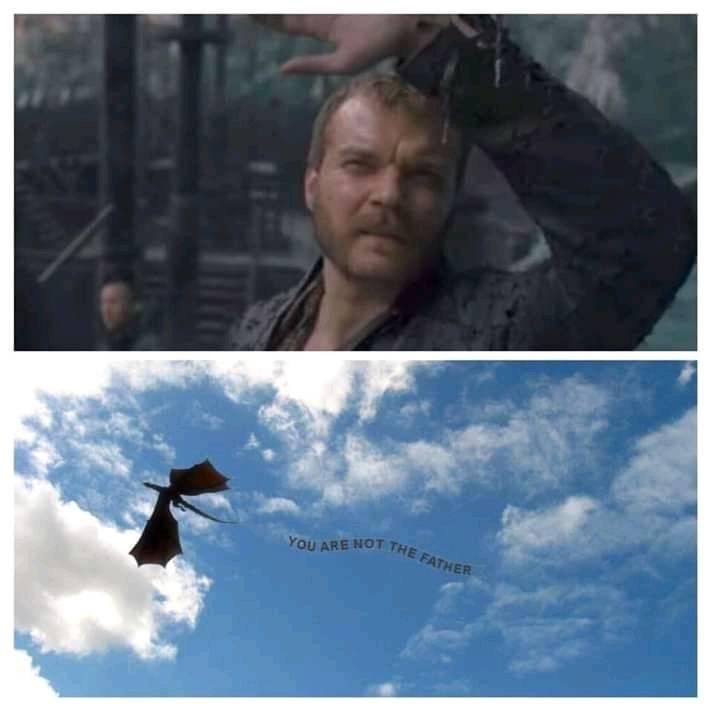 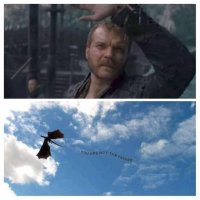 How soon does Cersei snuff this dude? And in what horrible way to make up for the fact that she actually had to let him touch her?

The golden company, not all they were hyped to be.

Graphically, great, plotwise, crapola. In the Golden Companies defense, hard to tough in the face of whats effectively a nuclear weapon.

Jon Snow - how many times has he screwed the world by what he will and wont stick his junk into?

Jamie - Impressive stamina for a guy with two 8 inch stab wounds to the abdomen.

Arya - Yeah, we coulda gotten the "Now motivated to kill the dragon lady" in about half the time.

Oh, the bells. Never heard that before. Who the hell rang them?

While recapping the night’s NBA action on “SportsCenter,” which included the Raptors’ Game 7 victory over the 76ers, ESPN’s Michael Eaves spilled a massive spoiler, revealing the death of a certain character, before the penultimate episode of the HBO fantasy series aired on the West Coast.

Naturally, some viewers were not pleased and vented their frustrations at Eaves on Twitter.

“Flipping on @SportsCenter real quick before starting GOT and @michaeleaves spoils a major plot point less than an hour after it airs. Unbelievable,” one user tweeted.
Click to expand...

I hate when people do that

PREMO Member
What's in a name? I wonder how red the necks of these people are on the Home Depot paint chip scale.

Since 2011, some 3,562 babies were named Khaleesi or Daenerys, according to the Social Security Administration. Five hundred and sixty little Khaleesis came into the world in 2018 alone.
Click to expand...

I hope they dubbed it for you.

Monello said:
I hope they dubbed it for you.
Click to expand...

It was in English. 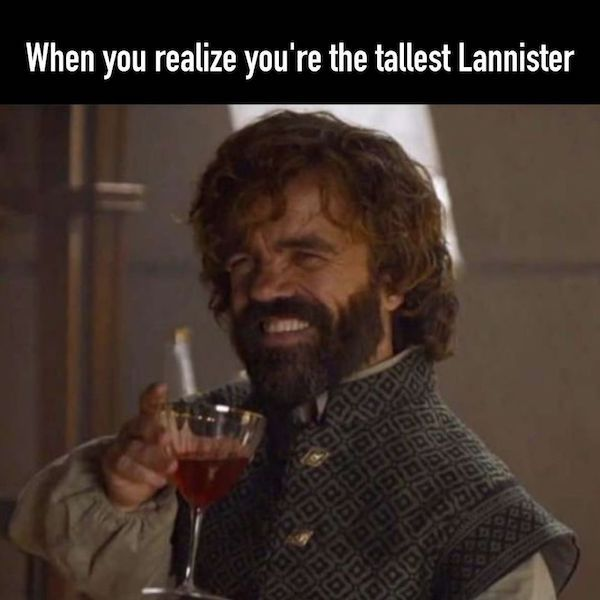